An Excerpt from "The Conspiracy Myth" By Charles Eisenstein

Esteemed Reader of Our Magazine 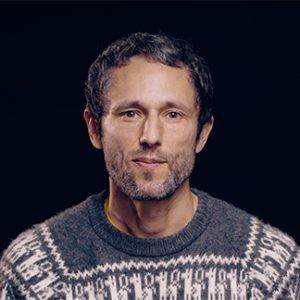 I am pleased to share a piece of writing from an author and thinker I have long admired. His name is Charles Eisenstein and he is author of seven books, including Sacred Economics: Money, Gift, and Society in the Age of Transition and his most recent, Climate: A New Story. The excerpt is but a few hundred words of an essay of over four thousand. My hope is that the reader will dig deeper into the important insights of this visionary thinker.

An excerpt from "The Conspiracy Myth," by Charles Eisenstein:

"Conspiracy theory" has become a term of political invective, used to disparage any view that diverges from mainstream beliefs. Basically, any critique of dominant institutions can be smeared as conspiracy theory. There is actually a perverse truth in this smear. For example, if you believe that glyphosate is actually dangerous to human and ecological health, then you also must, if you are logical, believe that Bayer/Monsanto is suppressing or ignoring that information, and you must also believe that the government, media, and scientific establishment are to some extent complicit in that suppression. Otherwise, why are we not seeing New York Times headlines like, "Monsanto whistleblower reveals dangers of glyphosate"?

Information suppression can happen without deliberate orchestration. Throughout history, hysterias, intellectual fads, and mass delusions have come and gone spontaneously. This is more mysterious than the easy conspiracy explanation admits. An unconscious coordination of action can look very much like a conspiracy, and the boundary between the two is blurry. Consider the weapons of mass destruction (WMD) fraud that served as a pretext for the invasion of Iraq. Maybe there were people in the Bush administration who knowingly used the phony "yellowcake" document to call for war; maybe they just wanted very much to believe the documents were genuine, or maybe they thought, "Well, this is questionable but Saddam must have WMD, and even if he doesn't, he wants them, so the document is basically true..." People easily believe what serves their interests or fits their existing worldview.

In a similar vein, the media needed little encouragement to start beating the war drums. They knew what to do already, without having to receive instructions. I don't think very many journalists actually believed the WMD lie. They pretended to believe, because subconsciously, they knew that was the establishment narrative. That was what would get them recognized as serious journalists. That's what would give them access to power. That is what would allow them to keep their jobs and advance their careers. But most of all, they pretended to believe because everyone else was pretending to believe. It is hard to go against the zeitgeist.

The British scientist Rupert Sheldrake told me about a talk he gave to a group of scientists who were working on animal behavior at a prestigious British University. He was talking about his research on dogs that know when their owners are coming home, and other telepathic phenomena in domestic animals. The talk was received with a kind of polite silence. But in the following tea break all six of the senior scientists who were present at the seminar came to him one by one, and when they were sure that no one else was listening told him they had had experiences of this kind with their own animals, or that they were convinced that telepathy is a real phenomenon, but that they could not talk to their colleagues about this because they were all so straight. When Sheldrake realized that all six had told him much the same thing, he said to them, "Why don't you guys come out? You'd all have so much more fun!" He says that when he gives a talk at a scientific institution there are nearly always scientists who approach him afterwards telling him they've had personal experiences that convince them of the reality of psychic or spiritual phenomena but that they can't discuss them with their colleagues for fear of being thought weird.

This is not a deliberate conspiracy to suppress psychic phenomena. Those six scientists didn't convene beforehand and decide to suppress information they knew was real. They keep their opinions to themselves because of the norms of their subculture, the basic paradigms that delimit science, and the very real threat of damage to their careers. The persecution and calumny directed at Sheldrake himself demonstrates what happens to a scientist who is outspoken in his dissent from official scientific reality. So, we might still say that a conspiracy is afoot, but its perpetrator is a culture, a system, and a story.

Is this, or a deliberate conspiratorial agenda, a more satisfying explanation for the seemingly inexorable trends (which by no means began with COVID) toward surveillance, tracking, distancing, germ phobia, obsession with safety, and the digitization and indoor-ization of entertainment, recreation, and sociality? If the perpetrator is indeed a cultural mythology and system, then conspiracy theories offer us a false target, a distraction. The remedy cannot be to expose and take down those who have foisted these trends upon us. Of course, there are many bad actors in our world, remorseless people committing heinous acts. But have they created the system and the mythology of Separation, or do they merely take advantage of it? Certainly such people should be stopped, but if that is all we do, and leave unchanged the conditions that breed them, we will fight an endless war. Just as in bioterrain theory germs are symptoms and exploiters of diseased tissue, so also are conspiratorial cabals symptoms and exploiters of a diseased society: a society poisoned by the mentality of war, fear, separation, and control. This deep ideology, the myth of separation, is beyond anyone's power to invent. The Illuminati, if they exist, are not its authors; it is more true to say that the mythology is their author. We do not create our myths; they create us.