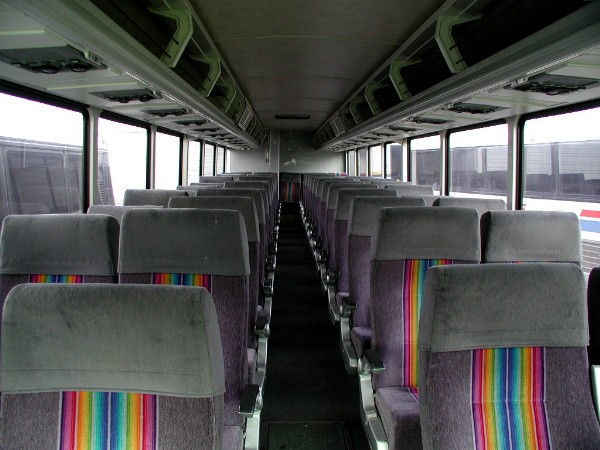 The world is burning! Your house is ablaze! So do not ask how the world is created or of its laws. Think only on how to save yourself!

The Trailways bus pushes through the cold air, between walls of plowed snow, along the artery of the Thruway, while its passengers sit in the warmth of the steel tube on wheels. The riders inside enjoy stillness, despite whizzing along the highway at 75 miles an hour.

Of course, this is also the case for humanity, enclosed in the cozy comfort of the biosphere, while the Earth shoots around the Sun at 67 thousand miles an hour, which in its turn chases the Sun on a regular course about the galactic core at half a million miles an hour. Each follows its regular route like the bus to Port Authority, and considered as a proportion of speed to scale, the bus and the solar system are traveling at just about the same rate.

Back to the bus making its way along the vein of the Thruway to the heart of the city: People don't talk to each other as much as they did before smart phones and onboard WiFi. There used to be lots of kismet—fated or ill-fated meetings and conversations—random, captive intimacies between seatmates together for the 90-minute ride from New Paltz to Manhattan. Still, there remain occasional real conversations, though more audible to anyone who will listen, as the rest of the bus is so silent but for the slide of thumbs on screens.

"Isn't diversity great!" he says, sarcastically. "Everyone and everything is just fine all mixed together. The whole world is a cultural melting pot. But you know what kind of diversity is not allowed?"

There is a silence, and the woman next to him, who seems embarrassed and aware that everyone on the bus is listening says, "No, what?"

"Opinions!" he almost shouts. "No diversity of opinions is allowed. It's like every argument comes back to that shrub Bush's stupid pronouncement—you're either with us or you're with the terrorists. It's his fault Americans have gotten so stupid."

"Hey, keep it down back there!" Someone yells from the middle of the bus.

"You see," the man in the back shouts imperiously, "no one is allowed an opinion—not even an opinion about opinions!"

At this point, the driver's voice comes over the loudspeaker: "Keep it down, or you're off the bus." The man in the back makes a guttural sound and then goes quiet.

One by one people who had been looking up from their phones and computers turn their gaze back to the glowing screens.

"That guy's been watching too much Fox News," the man next to me says under his breath, and to no one in particular.

I listen to the roar and whine of the engine, and feel the vibration of the bus's tires that travel all the way up the frame through the seat and into my thighs, buttocks, and spine. This is where the rubber meets the road, I think.

I notice my mind thinking that though the guy in the back sounds like an obnoxious and easily subdued complainer, he has a point, though I'm made suspicious by the comment of my seatmate. Is the rhetoric about diversity a Fox News meme? I don't know because I don't watch Fox News. Still, I do notice that there are expressed, in my general earshot, two opposing opinions, for and against everything.

In the media-prepared public discourse, every topic of debate or conversation—abortion, war, vaccination, evolution/creation, welfare, education, economics, race, religion, fast-food, you-name-it—is broken into a prepared polemic of for or against. It's as though the decades of multiple choice test training have made us unable to entertain more than two prepackaged answers to any question. So filled are our minds with answers, we are left without the spaciousness to gestate a real question and birth an original thought or insight.

This, I think, as I ride the bus to the heart of the city, is the essence of the duality that someone called Buddha urged us to transmute. There is an alternative to being for or against anything, and it involves seeing a larger picture, a context. Some dichotomies are real, most are manufactured, but to subscribe to any polemic is a form of slavery no human should endure.

Ken Kesey: There are going to be times when we can't wait for somebody. Now, you're either on the bus or off the bus. If you're on the bus, and you get left behind, then you'll find it again. If you're off the bus in the first place—then it won't make a damn.