Esteemed Reader of Our Magazine:
The work on ourselves is about allowing. Being receptive to higher energies and allowing them to enter our being. For this to occur, we have to render our centers passive. Our bodies need to be in an extremely relaxed state, still, no tension. Our minds, the mechanisms of our personalities, have to be passive, immobile, serene, inconsequential. Opinions, thoughts of I, righteous indignation, reactions, need to vanish. Our emotions, so volatile, swinging, need to be passive as well. Calm, nonreactive. We need to have courage and intention to make this happen.

We allow. We render our centers passive, still, and allow the higher to enter. Conscious energy. It is unmistakable, not subtle. A feeling of effortlessness takes over, an opening to the higher, the blinders taken off, a centered presence now in the solar plexus.

This will blend with automatic energy in us and the result is a nonforced, present, surplus of sensitive energy. At that point, it is so important not to confuse what is going on with “I," which is something on a different and higher level. Just be with yourself. The new person that is you.

The work on ourselves is about learning how to love. For this we have to get out of the way. Life and work will provide shocks, tensions, change. Be still, nonreactive in front of them. Accept yourself, both the angel and the animal. Always separate the present moment from the present situation. Trust in the work.
—Jerry Toporovsky, September 10, 2012

I recently attended a memorial service for a cousin who died, unexpectedly. The event included people speaking—telling stories about the departed. Each described him in the context of their relationship. He was friend, musical partner, drinking buddy, fellow explorer of the inner landscape, neighbor, father. But what stood out most of all was that he was a man who took advantage of his life—stepping into a greater fullness. He managed to untie a few emotional knots cinched in a painful childhood (or, as some suggested, earlier) and became more relaxed, open, positive, and available. We were left with the feeling that, during the course of this man’s life, he became more fully himself.

It was a good funeral, because, in the course of an hour, many sides of the person were illuminated. His weaknesses were not glossed over, but they were not emphasized either. He had demons, and he struggled with them. And in the end, he invited his demons to lie beside him, and even enlisted their help in untying knots of negativity.

For me, the event evoked a simple question: What is success in this life?

The question was really aroused by the answer, which was the impression of a person who had taken even a small step toward being, and it was that being which was memorable and remarkable to the people around him. In other words, they were left with an impression of what he was—his struggle with himself—and what he was becoming.

Success, I determined, is to take even one small step toward freedom, and to share that process with others. With death everything we call “ours” disappears from the world—all our possessions and accomplishments, all our thoughts and words. What remains is the result of our work on ourselves, and the subtle, fleeting impacts that work has on the living body of the world through relationships with the community of others.
But how to further this development of being, and be “successful”?

The teacher G. I. Gurdjieff, among many models of explanation of this process, proposed what he called the Science of Idiotism. An idiot in the original and full sense of the word is someone who has a unique destiny, whose life is not just an accidental series of events. The meaning comes from the Greek root signifying “I make my own.” The series of 21 idiots in his hierarchy are stages of development of being, from the Ordinary Idiot to the Unique Idiot.

Notable for me is the eighth idiot—the Round Idiot—who is characterized by a consistency of effort. “A Round Idiot is an Idiot who never stops, but continues being an Idiot day-night-year round.” The suggestion here is that of a person with a permanent center of gravity; that regardless of circumstances, there is a connection to what constitutes success—struggling with negativity and automatism in ourselves, and sharing that work with the world via our tasks and relationships within our overlapping and concentric circles of family and community.
The passage at the beginning, though somewhat technical, points to a kind of meditation that allows the noise of the world to become quiet and a finer intelligence to enter and guide our instrument. It is a clue for the pursuit of success, in the deeper meaning of the word.

As the director would say at the ritual toasts to the Idiots, “To the health of all Round Idiots!” May we all be successful in becoming single-minded and constant in our work on ourselves.

How to Succeed as a Musician 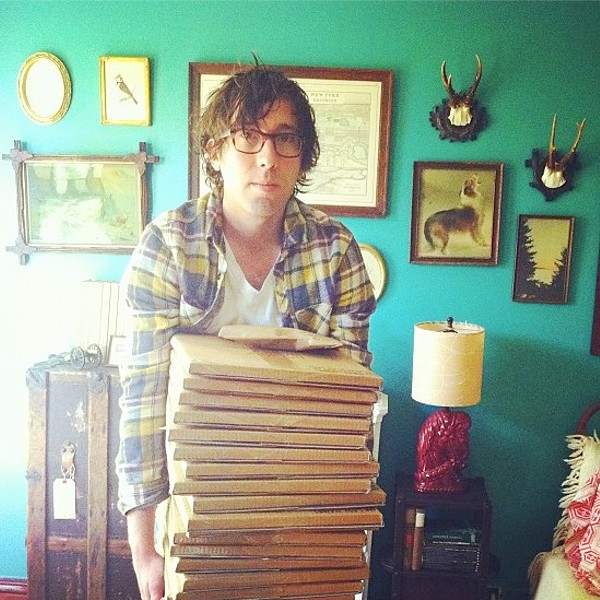