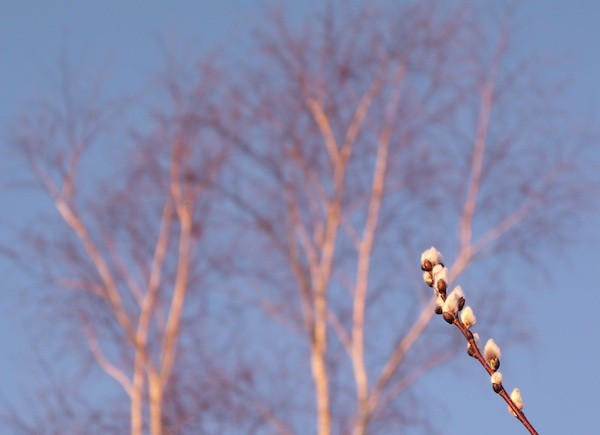 Have you ever been involved in some sort of group project that lacks a clear leader within the group, though there might be an external authority to answer to when the project is done? And maybe you feel excited because you just know that you have the right ideas and could totally direct your team to success, if only they’d listen to you—even though nobody has vested you with the position of leader or ‘authority’? Well, a major aspect pattern between now and the weekend looks a little like that.

The Sun is moving from mid to late Aries right now. As it does, it enters the loose cardinal grand square that’s been hanging out for a while.

This grand square involves planets in all four cardinal signs: Uranus and Eris in Aries; Vesta in Cancer; retrograde Jupiter in Libra; and Pluto in Capricorn. The pattern is beginning to separate, but all the major players are still resonating with each other. Between Friday and Saturday, the Aries Sun makes exact contact first with Jupiter (an opposition), and then with Pluto (a square).

Oppositions usually signal energy coming to a peak of some sort, possibly a confrontation. Yet Jupiter is known for putting a positive spin on most aspects—even the more ‘challenging’ ones. As notable astrologer Robert Hand describes, Sun opposite Jupiter can give a real boost to optimism and confidence, enabling a person to project very positive energy to those around them.

Yet as Hand further notes, Jupiter is also known for overdoing things. Overindulging, over-committing, slipping from confidence into arrogance, and over-instructing others are all possible with a Sun-Jupiter opposition. You just feel so good, and you just know you can help, that it can be easy to miss the social cues that would remind you to balance all that enthusiasm with some listening, empathy, reality-checking, or deference. Sun-Jupiter is one of the primary ingredients in the hypothetical situation I initially described.

The other main ingredient is the Sun’s square to Pluto. Hand describes Sun-Pluto squares as marked by pressure: internal and external. Often the pressure is about changing or letting go of something that simply is not working, which then enables you to grow. You might find that mechanical things need fixing at this time. It’s also possible—since Pluto represents power and the Sun represents the self or ego—that an authority figure may demand your accountability in some way.

Accountability is not a bad thing. When we’ve taken care of our responsibilities, accountability is simply part of the process. Being challenged can be quite satisfying if you’re able to meet the challenge. It’s when we’re not able to meet the challenge—particularly if we’ve overstepped in some way without truly pulling our own weight—that things can get incredibly uncomfortable.

Yet, those situations offer valuable lessons. The lesson is not ‘do not try’ or ‘don’t be confident’; the lesson is, ‘if you’re going to lead or reach further, do your best to take care of your own shit’. Telling others how to do their job if you have not done your own is asking for trouble. Doing your job and offering help or hints to others might still kick up their ego resistance, but at least their ego is their problem not yours.

Added into this astrological mix is another key factor. Seemingly unrelated, it sets the scene for everything else, because it relates to our thought processes and communication: Mercury stations retrograde on Sunday, April 9, in early Taurus, at 7:14 pm EDT. (It will station direct on May 3.)

As of today, we’re in the ‘storm’ phase, when things like communication, travel, technology and minds can seem especially out of whack.

You’ll want to institute your usual Mercury retrograde protocols: back up your hard drive; call if a text or email seems to be ignored; double-check everything before you hit ‘send’ or sign anything; if possible, put off major purchases and contracts and expensive fixes (there’s usually a workaround); leave extra time for travel; be patient and notice when your focus strays.

Yet with Mercury in Taurus, there is an extra caution about being mentally stubborn. This applies doubly for anything to do with your body, sex, or your finances and material possessions. Notice if anything you want has become less practical than it first seemed. You don’t have to give up on it, but you might need to slow your pursuit (or pause altogether) until you can be sure you have all your information straight.

If it’s an authentic desire, chances are you can get there eventually. Sun-Jupiter is here to buoy your optimism and confidence. And Sun-Pluto is working to enforce clarity and accountability in your growth trajectory. Take the time to get your thoughts straight, listen carefully, and you might very well be able to influence that hypothetical group, for the good of all involved, after all.