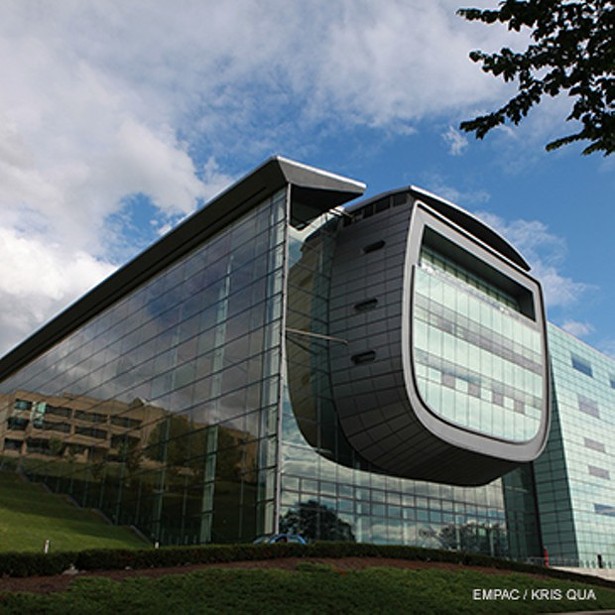 Opened in 2008 on the campus of Rensselaer Polytechnic Institute, EMPAC (AKA the Curtis Priem Experimental Performing Arts Center) is one of the world’s most technologically advanced and forward-looking arts facilities, as one visit will make clear. And if you’ve been meaning to check it out but had your plans thwarted by the pandemic, here’s some good news: EMPAC has reopened, bringing an ambitious fall season of world premieres, award-winning original films, and artists’ talks to the public.

The season, which runs through early December, kicked off this month and features such highlights as the world premiere of LA-based Brazilian artist Clarissa Tossin’s Before the Volcanoes Sing (September 9), an expanded cinema performance that animates the concert hall’s architectural surfaces and Ambisonic speakers to dramatize the capacity of Maya wind instruments to give voice to Indigenous systems of knowledge, and Anna Craycoft’s Only Breath, Words, which will be performed without any actors and uses the theater’s air handling system itself as breath to activate a chorus of human sounds delivered by pipe sculptures.


In addition to dance, music, and theatrical productions, the program will also include the screening of award-winning feature films produced by EMPAC, some works-in-progress, a weekend symposium on the documentary form, curator-guided tours of the center, and a series of conversations between artists, scholars, and historians focused on the nexus of arts and technology, radical ecology, the Indigenous-led “Land Back” movement, and surveillance of the US border.