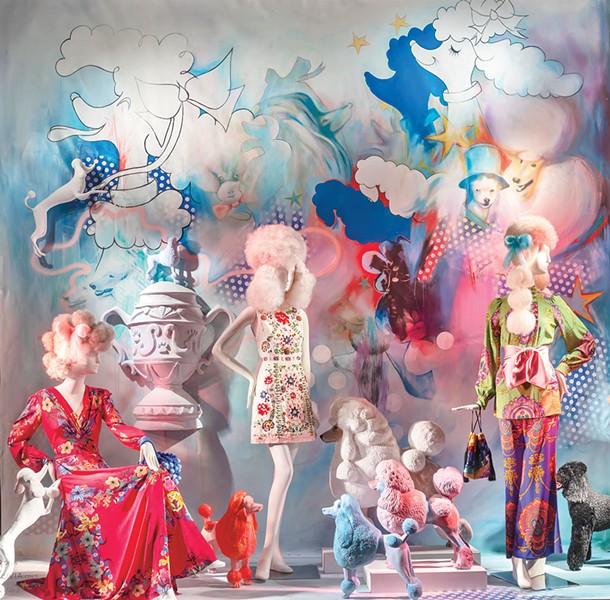 Elliott De Cesare has gone to the dogs—for inspiration. For his latest window installation (on display through mid-July) at Bergdorf Goodman in Manhattan, De Cesare has created a canine compound on the corner of 58th Street and Fifth Avenue. The New York City-based multimedia artist, who maintains a studio in Warwick, was inspired by his observations of dog owners and their pets. A core aspect of De Cesare's artistic regimen is to act the part of the anthropologist, documenting reality before bending it to his own artistic ends. For his windows at Bergdorf Goodman, De Cesare started with the paintings, building on them as a foundation to build a diorama of poodle-like people, a kind of reverse anthropomorphism. "I began by considering the idea of people grooming and dressing their poodles and sought to translate the surreal quality of humans projecting themselves into the identities of their animals," says De Cesare. "Conversing with dogs, dressing and grooming them to our ideals, are all experiences mirroring the mythological and psychological state of the contemporary self."