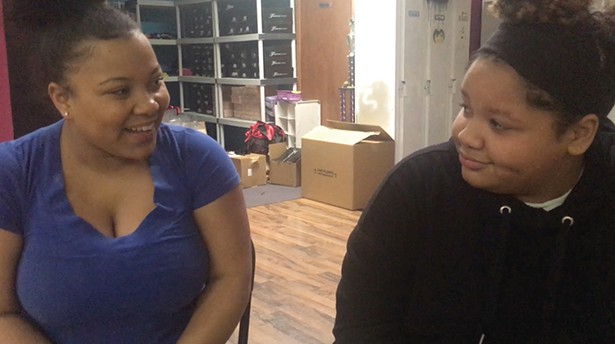 Ella Fitzgerald, the legendary jazz icon, is best known for her stunning and wide-ranging vocal ability. Over the course of her singing career, she won 13 Grammy awards and sold over 40 million albums in addition to capturing the musical attention of a nation for over half a century and helping to define the American Songbook. Composer Ira Gershwin said of Fitzgerald, "I never knew how good our songs were until I heard Ella Fitzgerald sing them."

Before she became a legend, however, she served a little-known stint at a reform school for girls in Hudson when she was 15. Her eventual escape from this institution recently inspired film-maker-turned-playwright David McDonald to portray this story of triumph over adversity on stage, in a production that will debut in February at Valatie Community Theatre.

Abused by her stepfather following her mother's unexpected death in 1932, Fitzgerald went to live with her aunt in Harlem, dropped out of school, and began working as a lookout for a local brothel. Fitzgerald was eventually caught by the police and a judge sentenced her to attend the New York State Training School for Girls in April 1933. In a New York Times article from 1996, published shortly after Fitzgerald's death, an administrator from the reform school, recalled the institution's harsh conditions during her confinement. "She had been held in the basement of one of the cottages once and all but tortured," said Thomas Tunney, who was administrator of the reform school from 1965 until its closure in 1976.

Less than a year later after first being brought to Hudson, Fitzgerald mysteriously escaped. Soon after, she got the career breakthrough at an Apollo Theater amateur night that would launch her into stardom.

When McDonald first heard about Fitzgerald's past, he instantly recognized it as an allegory of the oppression of marginalized people. It was then he decided to turn this story into a piece of theater and began writing the script. "It's the story of people being trapped with no visible means of escape," McDonald says. "The message of the play is: Don't ever give up." He began work on the production in June 2019.

"Our production sort of ground to a halt at the end of the summer, though," McDonald says. For the lead role of Ella, he had three actresses fall through over the course of three months due to conflicting commitments. The production stopped moving forward. After a reboot of the production at the Theatre for the New City in Greenwich Village also fell through due to lack of funding, he wondered "Ella" would ever come to fruition.

Then, while eating lunch at the Valatie Diner one afternoon, he noticed lots of kids buzzing in and out of the Valatie Community Theatre across the street. "On a whim, I decided to cross the street and see what was going on," McDonald says. That's where he met Tanya Phelps, who was directing a youth production of "Frozen Jr." McDonald and Phelps quickly hit it off. Phelps was instrumental in helping McDonald finally cast the role of Ella and making an introduction to the Valatie Community Theatre.

The play itself is a drama with three musical numbers. Writing the character of Ella was an interesting challenge for McDonald as not much is known of her time at the school. "Many of us know the public character of Ella Fitzgerald as kind, gracious, almost regal in her bearing," McDonald explains. "However, she always refused to talk about what had happened to her as a teenager in 1933."

The character he created is that of a stoic person who exemplifies endurance through life's tribulations, and is partly based on McDonanld's own mother. "That being said, having a quiet character at the center of your play doesn't lend itself to drama, or fun, so I invented the character of Alice, her cellmate and best friend, to be Ella's foil, the chatterbox who really does most of the communicating with the audience and drives the play forward," McDonald says.

"Ella the Ungovernable" will debut at the Valatie Community Theatre in Valatie on February 14 and 15.