Eight Enjoyable Events in the Hudson Valley This Week

There’s snow on the ground, but spring is edging closer every day. In the interim, here are some enjoyable events to help get you through the week.

Choreographer Adrianna Pierce’s “#QueertheBallet” will premiere on YouTube by way of Catskill’s Bridge Street Theatre on February 25 at 7pm. Part of the theater’s 2021 dance residency program, the work in progress features the American Ballet Theatre’s Remy Young and Sierra Armstrong and seeks to create a non-traditional pas de deux on pointe that will serve as a loving testament to the unique and varied ways in which two women communicate and connect. The performance is free.

“Leading with Artivism,” a live monthly interview series created and curated by Poet Gold in collaboration with Arts Mid-Hudson, features a diverse mix of “artivists” (artist activists), who use their art to highlight various social issues. The series resumes on February 25 at 7pm with a showing of Gold’s video “We Grow” and Q&A session with renowned civil rights activist Kelly Miller Smith’s daughter, Joy Smith, in celebration of Black History Month. The series is free, with advance registration.

The beloved Midnight Ramble is on ice pending the pandemic, but fans of Woodstock’s favorite musical daughter, Amy Helm, will be able to get their musical fix on February 26 at 8pm when Mamaroneck’s Emelin Theatre streams a concert by the singer. Taped during a 2019 appearance at the theater, the show features the Olabelle founder and her band performing a trademark mix of classic Americana, country, blues, and gospel. Tickets are $25. 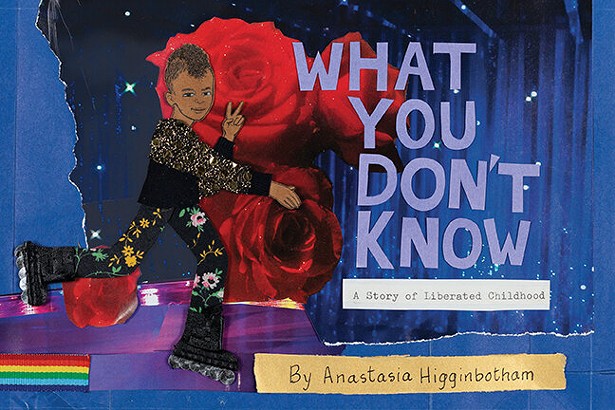 On February 28 at 2pm, Kingston interdisciplinary arts organization Cygnets Way will present a virual book launch celebration for children’s author Anastasia Higginbotham’s What You Don’t Know: A Story of Liberated Childhood. Higginbotham’s book tells the story of a gay sixth grader’s journey as he navigates his world before coming out. “Given the relentless stream of news, there’s a temptation right now to numb ourselves,” says the New York Times about What You Don’t Know. “But Ms. Higginbotham’s work reminds us that, even if we ignore reality, our kids are still seeing it and feeling it.” See website for event details.

“Likely Story,” a solo exhibition by Hudson Valley painter D. Jack Solomon, is on view at Lockwood Gallery in Kingston now through March 7. The show encompasses works from Solomon’s “Funny Paper,” “Small Abstract,” and “Small Talk” series. The gallery is open Thursdays through Sundays from 11am to 6pm. Admission is free.

Connecticut roots rockers the Alternate Routes will appear live and virtually from Daryl’s House on February 26 at 8pm. Formed in 2002 by Tim Warren and Eric Donnelly, the band won a 2006 Independent Music Award for their song “Ordinary” and performed on “Late Night with Conan O’Brien” and “The Late Late Show with Craig Ferguson”; their 2017 album Live in Pawling was recorded live at the venue. Tickets for the livestream concert are $10 to $100, with the donation going to help the band and the venue.

While the Rosendale Theatre awaits its reopening, the beloved movie house has been keeping the film flame burning with a sagely selected schedule of streaming presentations. Through February 28 on the theater’s website is “Italian Cinema Classics,” a program of four landmark films—La Strada (1954), Intervista (1987), The Conformist (1970), and Seven Beauties (1975)—with introductions by film professors Ted Folke and Howard Menikoff, who will also moderate Zoom conversations after the showings. Also available for streaming at the site are Heartworn Highways, Son of the South, M.C. Escher: Journey to Infinity, and Driveways. Tickets are $10 per film.

On view now through May 16 at the Clark Art Institute in Williamstown, Massachusetts, is “A Change in the Light: the Cliché-verre in Nineteenth-Century France,” an exhibit that chronicles the unique hybrid artistic process that combined the techniques of drawing and printmaking with the then new medium of photography. The exhibition presents clichés-verre by five French artists: Jean-Baptiste-Camille Corot, Charles-François Daubigny, Eugène Delacroix, Jean-François Millet, and Théodore Rousseau. Admission is by timed online reservations only; out-of-state visitors and returning state residents must complete the Massachusetts Travel Form prior to arrival and either quarantine for 10 days upon arrival or produce a negative COVID-19 test result that has been administered up to 72 hours prior to your arrival. (For complete details, see the Massachusetts State website.)