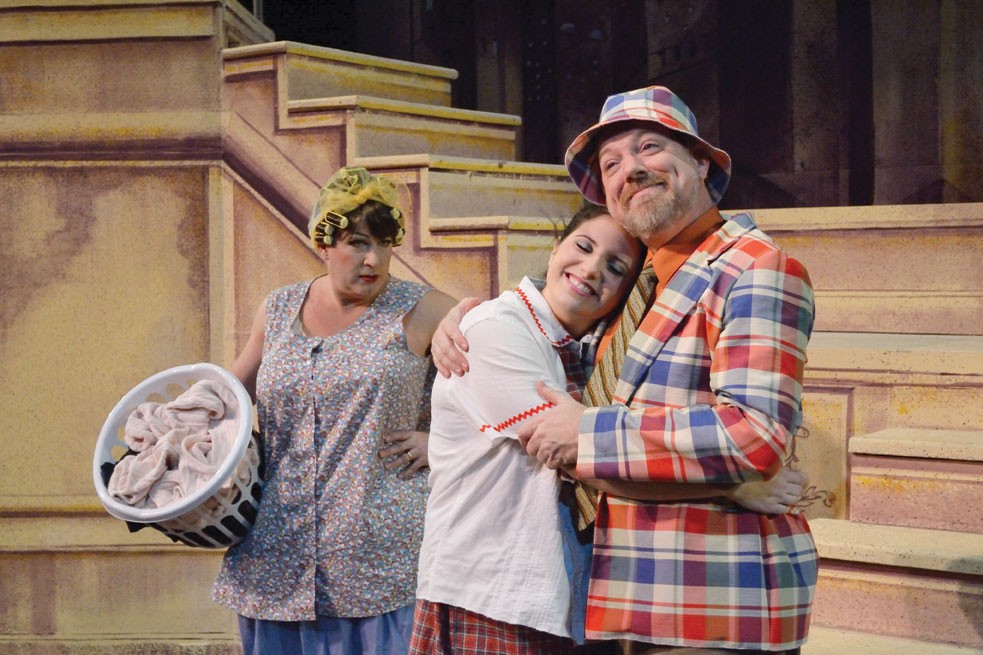 A few weeks ago, Tivoli-based actor Bill Ross was in Manhattan to do a little preparation for his next stage role. That motivation was not apparent to the puzzled female shoppers in Wigs Plus and Kmart. “I just have to get over the fact that I am pawing my way through all the oversize bras in the Kmart in midtown Manhattan,” Ross says. “But I do what I have to do.”

The results of such dedication will be on display this month at the Center for Performing Arts at Rhinebeck when Ross takes the stage as Edna, Baltimore housewife, diet-pill-popping laundress and, most recently, business manager of local dance sensation Tracy Turnblad, in the musical “Hairspray.”

The role is the latest in a series of shape-shifting parts for the longtime actor, whose previous Center productions include “Evita,” “Macbeth,” “Falsettos,” and “The Rocky Horror Picture Show.” “I’ve played a king, a prince, a duke, a bisexual transvestite—and now a happily married, middle-aged wife and mother,” Ross says.

“Hairspray” director Kevin Archambault, who worked with Ross in “Evita” and “Falsettos,” praises Ross’s commitment. “His ideas and details are well thought-out and rehearsed and researched,” Archambault says. “And he says: What part of that did you hate and what part did you love? He’s totally willing to go on that ride.”

Ross, who won the role over five other actors, will not play Edna Turnblad as a caricature. “This is never done tongue-in-cheek; you’re never winking at the audience [and saying] ‘I’m a man.’”

Hence the careful attention paid to dresses, shoes and wigs. Ross is eager to be fitted with a fat suit—“It’s all boobs and butt,” he explains—because it will force him to transform his body language and center of gravity. The intensive process excites him. “I’m in the Meryl Streep school of acting,” he says. “I like to disguise myself.”

The original Broadway show (2003 winner of eight Tony awards, including Best Musical) was based on the John Waters cult movie. After a filmography that celebrated bikers, transvestites, serial killers, and polymorphous perversity, Waters unleashed his greatest act of subversion: a good-hearted tale about teenagers fighting for racial integration in 1962 Baltimore.

As Waters explained in a 2002 New York Times article, “The real reason I’m praying that ‘Hairspray,’ the Broadway musical based on my 1988 movie, succeeds is that if it’s a hit, there will be high school productions, and finally the fat girl and the drag queen will get the starring parts.” The show ran for nine years and spawned a film version.

In the past, Archambault has piqued audiences with show choices. “Falsettos,” the William Finn musical about a man who leaves his wife for another man, drew spotty crowds and at least one complaint. But the director doesn’t expect such static with “Hairspray.” “It’s such a quirky show, but it’s such a fun-loving family show,” he said. “Besides a great time, I want people to leave the theater with a feeling of acceptance of themselves. Every character has a transformation, which is why I am in theater.”