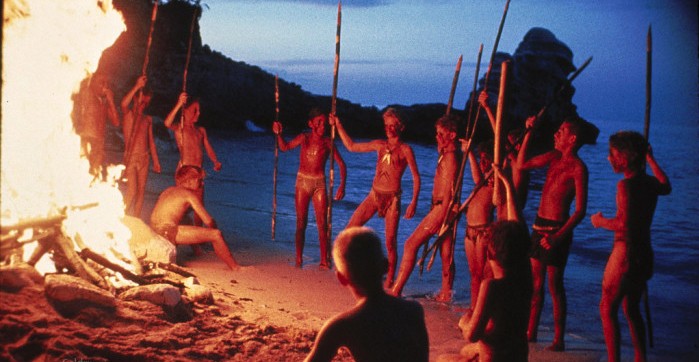 The chaotic start of this school year, with school districts across the region creating multiple education plans—some students are fully virtual; some teachers are fully virtual; half the students come in on Mondays and Wednesdays, half the students on Tuesdays and Thursdays, everyone is virtual on Fridays—must be a real pain in the tuchus for all involved, superintendents on down to the lowly students. The teachers I've spoken to about this pedagogic pandemic pivot all put on a brave face about it, like soldiers staging a production of "Singing in the Rain" in a POW camp, but I've no doubt that they'd trade a decade of snow days for things to return to "normal." Those halcyon pre-pandemic days when schools ran as they had for a couple hundred years, reliably routine institutions, like prisons, where children (and teachers) would serve their daily seven-hour sentence before being set free into the open arms of mid-afternoon.

Which got me thinking about the calming regularity of my own school days in the 1970s. Now, I have heard my peers tell stories of attending experimental schools where children called teachers by their first name and classes in eurythmy were held under linden trees and of public schools where first graders sold loose cigarettes and students were free to come and go as they pleased, as if the zookeeper had opened all the cages and just walked off.

This was not the case at Sacred Heart of Jesus grammar school. There was no outdoor instruction. There was no freedom of movement. And we certainly did not get chummy with the faculty. Each morning we showed up, piped down, sat up straight, and did what we were told. There was discipline and there was routine throughout the day. With one exception: recess.

Students at Sacred Heart were allotted 30 minutes of recess after lunch. School administrators must have thought this was a useful release valve, both for the children, who could funnel their pent-up energy into the schoolyard, rather than spend it in classroom mischief, and for the teachers, who got 30 minutes of relative peace in the teachers' lounge. (Smoky and dark, the teacher's lounge was the faculty's sanctum sanctorum—sometimes glimpsed through a cracked door, but never breached by children.)

There were no teachers in the schoolyard during recreation. Just a hundred children turned loose, each day the first half hour of an experiment that would inevitably descend into full-on Lord of the Flies territory if it were allowed to play out. The main activity during recreation was Wall Ball. (For the boys anyway, the girls had their own secret activities and mysterious agendas that boys were not privy to.) Wall Ball was a simple game, requiring just three things: 1. Tennis ball. 2. Wall. 3. Pack of feral children.

The game went like this: A tennis ball is thrown at the four-story brick façade of the school. It bounces off and kids scramble to catch it. Once caught, the trick was to throw the ball in a hurry, because the point of the game was to tackle the person with the ball. If you had the ball, you were immediately set upon by everyone around you who had just leapt into the air alongside you, as if in karmic retribution for being so nervy as to snag the prized object out of the sky. To get a good throw in, however, you had to run up to the wall to get the required force so that your throw would arc high and magnificent, over the crowd of outstretched arms, over the wrought-iron fence topped with spikes, and out into the street. The kids would cheer every time the ball hit the hood of Mr. Kopek's Dodge Rambler. (Mr. Kopek was the music teacher and the only adult male in the school. None of the boys liked him.)

Before you reached the wall, however, you needed to evade a whole bunch of tackles. For some, it looked as easy as Tony Dorsett breaking through the backfield on a triumphant procession to the end zone. For others, it could be a grim sight. Like in a zombie movie where some hapless character is attacked from all directions by creatures moving as one unstoppable, malevolent force. This happened mostly to the low-status kids—the red-haired, genetically unlucky, and slow to mature.

It could also happen to the high-status kids—the biggest kids and those most adept at fighting, who were known as the Untouchables—but it was rare. When an Untouchable caught the ball, they were not tackled. They would just walk up to the wall, kids parting around them like the Red Sea for Moses. Sometimes, one Untouchable would decide to tackle another Untouchable, and then it would be melee. When this happened, and an Untouchable was brought down, everyone on the playground would sprint over to pile on, dozens of kids doing Superman leaps onto a growing heap of bodies, with one pissed-off Untouchable at the bottom.

This is where lower-status kids had to be careful. As Untouchables were unused to being victimized—caught at the bottom of heap like a fawn under a frenzy of coyotes—their hurt and shame might cause them to lash out at the last kid to climb off of them, dragging the red-haired kid off into the corner for a private beating as the game picked up again.

And then Sister Daria would appear at the top of the steps, bell in hand, and we knew our 30 minutes were up. (A note on Sister Daria: Although Sister Daria dressed in civilian clothes, no one would mistake her for anything but a nun. She'd pass for secular as easily as a camel could pass through the eye of a needle.) Sister Daria rang the bell with two hands as if possessed by holy fire and she rang it for a minute or more, whipping it above her head and below her knees like in some proto-Kettlebell routine. (Sister Daria rang the bell much longer than I thought was necessary; I wonder if it was her only form of exercise.)

For the boys, the clanging of the bell meant one final run to be first in the line-up, one last-ditch attempt at recess glory. (It's amazing how fast we were in our topsiders and penny loafers.) We'd brush the dust off our powder blue shirts and gray slacks and straighten our plaid clip-on ties as we jostled into place, boys on the left, girls on the right, ready to file in for religious instruction. And the calming effects of discipline and routine. Kids today should be so lucky.