Editor's Note: Two-Wheeling Through the Apocalypse 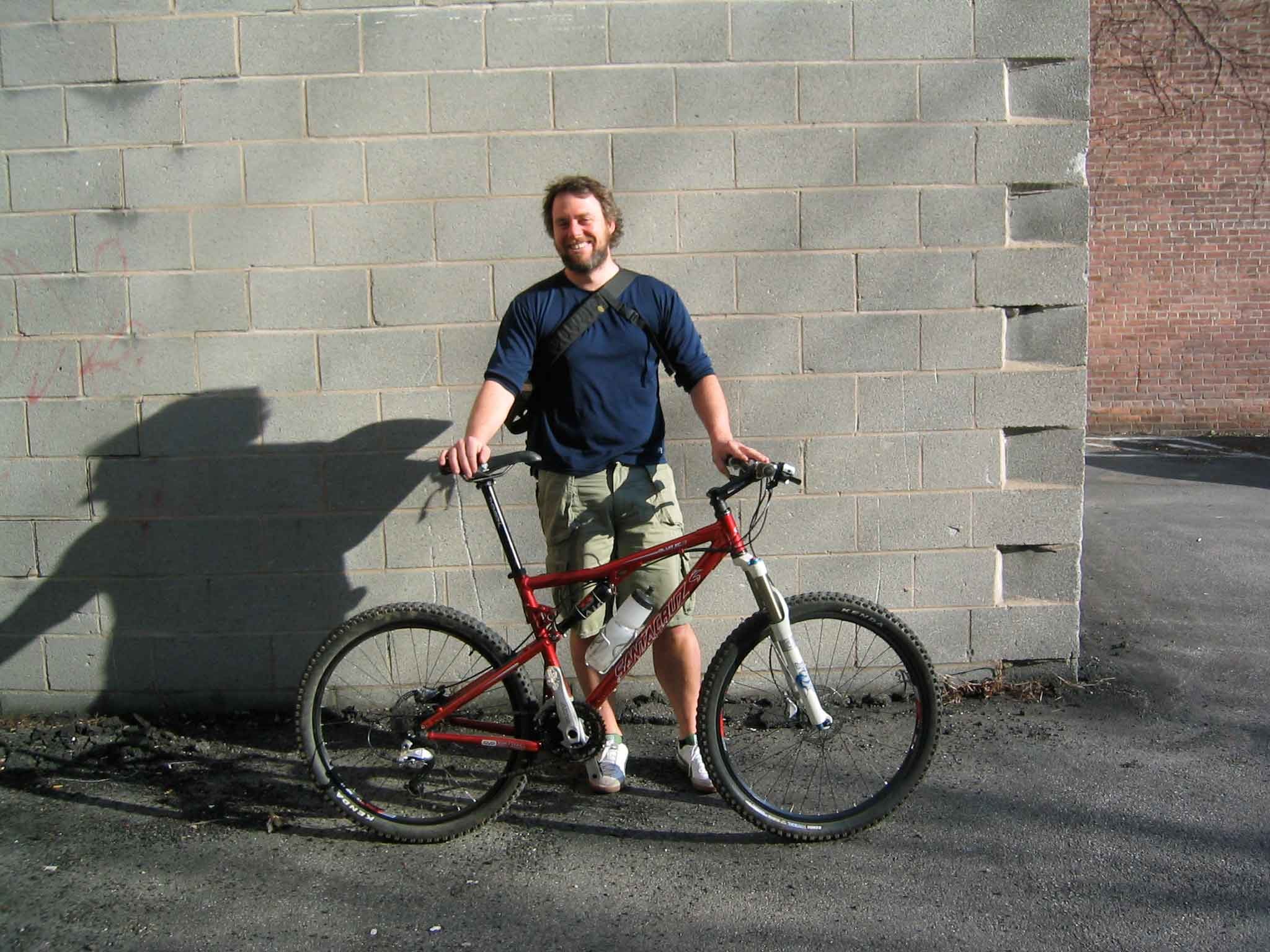 May is Bicycle Month
I started writing about Bike Month six years ago. And while not much has changed since I began my annual promotional campaign touting the benefits (personal, global, social) of cycling more and driving less, I recently received an e-mail suggesting another reason to take to the road on two wheels—disaster preparedness.

A publicist in the employ of a bicycle manufacturer sent me the following pitch for a story on their line of bicycles:

When dealing with the unexpected, emergency management officials say people should prepare a kit, plan ahead, and stay informed. You’re familiar with the usual tips: Keep water on hand (a gallon per person per day for at least three days), stock up on nonperishable food, have a NOAA Weather Radio and extra batteries, etc. But what about a bike?

[Mr. X], bike expert, is available to discuss the far-reaching lessons we can all learn in the aftermath of the Japanese earthquake. Among other things, when making a bike part of any emergency plan, it’s important to know: how to maintain a bike; how to properly haul cargo on a bike; bicycling rules of the road.

While I appreciate any attempt to get Americans out of the driver’s seat and into the saddle, the most salient far-reaching lesson I learned in the wake of the Japanese tragedy was that I probably live far too close to Indian Point. No amount of frantic pedaling will get those of us in the Hudson Valley far enough away if there’s a meltdown.

Futurist James Howard Kunstler would agree with the bike publicist about the imminent need for bicycles as a form of emergency transport. In The Long Emergency, the Saratoga-based Kunstler suggests we’re heading for a post-fossil fuel society where life will again become more localized—the late 21st century looking more like the 19th century. Carl Frankel spoke with Kunstler about what a low-energy future might look like in the Hudson Valley, and why small cities like Kingston and Newburgh have a good shot at thriving after the oil apocalypse. (News & Politics, p. 22).

And just a couple facts to remind you why you need to find an alternative means of transport now, this minute:
• 80 percent of Americans do not get the recommended 30 minutes of moderate daily activity.
• 60 percent of Americans are overweight or obese.
• The number of barrels of oil consumed by cars every day in the US: 19 million.
• Nearly a third of the gas used in the US goes for trips of three miles or less, usually to transport a single passenger.
• Motorized vehicles are responsible for 70 percent of the carbon monoxide, 45 percent of the nitrogen dioxide, and 34 percent of the hydrocarbons we produce.
• More than half of all Americans live less than five miles from where they work.
• In 2006 I wrote: “A gallon of gas is currently $2.25 a gallon. In a few years, gas at this price may seem like a bargain.” Gas is now over $4 a gallon.
• One hundred bicycles can be produced for the same energy and resources it takes to build one medium-sized automobile.
• Owning a car for one year can cost more than $7,000. Operating a bicycle for one year can cost almost nothing, but maintenance will probably run you about $150.
• The League of American Bicyclists has extensive resources at www.bikemonth.com. Bike to Work Day is Friday, May 20.


Survey Says?
As part of our ongoing efforts to create a more engaging magazine, dear member of the Chronogram community, we are conducting an online survey to find out what you think about the content of the magazine. Lest we forget, the magazine belongs to you as much as it belongs to those of us who put it together each month. We serve at your pleasure.

Love the horoscopes? Would you like to read more/less arts/political reportage? Find the Editor’s Note a yawner? Are you interested in a mobile calendar application that allows you to search Chronogram’s comprehensive events database? Maybe you wouldn’t change anything. Whatever your thoughts, please share them with us. The marketing division assures me that scads of neato prizes will be given out to those who complete the survey, so you are hereby additionally incentivized for weighing in with your opinion.