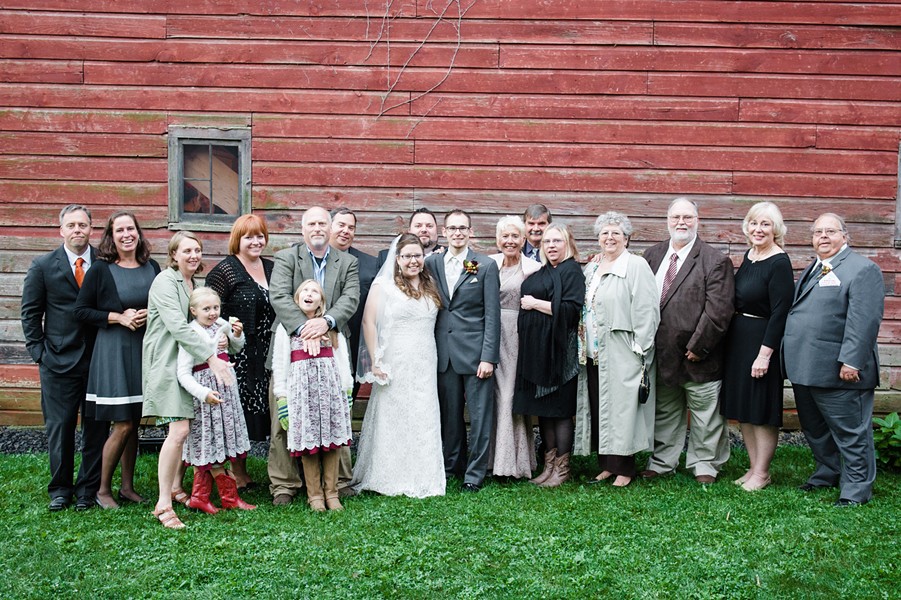 My family took in orphans for the holidays. Not actual parentless children, mind you, but grown-ass people with nowhere to go. Postal workers and industrial parts salespeople. German exchange students and maiden aunts. They fell into two main categories: colleagues and roommates who were far from home, and friends with suboptimal familial situations who preferred our family to their own. On Thanksgiving and Christmas, there was always room for another place at the table; when we ran out of seats, we'd just add a card table. Or two.

Each successive holiday at our house seemed to generate its own "orphan" story that was added to family lore. There was the Thanksgiving Wally had five Harvey Wallbangers before dinner and slept through it on the couch. Poor John, whose name will live in infamy for adding Parmesan cheese to the mashed potatoes. My brother's girlfriend, Sophia, who worked with him in construction, was goaded into telling us how she murdered a yappy Maltese on a job site by dumping the dog in a vat of tar. Cousin Mary from Kansas City, who made her meatballs with raisins. Ebony, who spent all of Christmas in her Winnie the Pooh onesie.

On New Year's Day, mom threw an open-house party, an old-time New York society tradition dating back to a time when friends would go from house to house raising a glass for the year to come. People moved through the house by the dozens, with a constant ferrying of coats up and down the stairs. There were chafing dishes of food crowding the table. The ice bucket needed constant refilling for drinks and more drinks. Jim Flaherty, a building inspector who trained as a classical pianist, led holiday singalongs at the baby grand and was all hands under the mistletoe. Jim, who spent his days sticking his head into crawl spaces and airshafts, would eventually die of histoplasmosis, an infection caused by fungal spores in pigeon shit. (Jim's death would spark a lifelong hatred of pigeons in my father, who would shoot them with a pellet rifle for spite and sport on Saturday afternoons.)

If mom was worried there wasn't enough food to feed all the guests—despite the fact that she always prepared more than enough—word would go out to one of the children, who would whisper it to the others: FHB. Family hold back. My siblings and I would add food to our plates sparingly, under the watchful gaze of our mother, who would eventually give the all-clear signal that we could now stuff ourselves in the time-honored holiday fashion.

I don't know how exactly we became the holiday orphanage, but I imagine it was a mix of my mother's upbringing, which made much of the role of good hostess, and the general boisterousness of our family. We made such a clatter that our gatherings felt capacious and inviting. One could either dive into the maelstrom or lounge poolside, but you were welcome to come as you were and do as you liked. (Unlike those deadly quiet homes where it feels like nothing is ever out of place, nothing was ever broken by children acting like actual children, no one ever got too tipsy or did something memorably stupid, and no one knew what joy felt like.)

And now, at the age of 49, I find myself a literal and metaphorical orphan—no parents and no clear sense of where to spend the holidays. Aside from one disorienting Christmas spent in Florida (85 degrees and sunny) when Lee Anne and I were first dating, I've always gathered with my family in Queens. What now? Our parents were the magnetic force that drew our family together—filial piety runs strong in the Mahoneys. We showed up for every holiday. Without the pull of our parents, I wonder if my siblings and I will eventually fly apart into our own holiday constellations of Friendsgivings and Friendsmases and Friendukkahs and Friendzaas. And we have our own nuclear families, of course. But the holidays without my parents and without bickering with my siblings will seem deeply strange. It was never about the pilgrims or Jesus with us (okay, it was about Jesus for a while; then the whole pedophile priest thing soured mom on the Church). It was about getting together for the holidays. It's just what family does. But just not anymore—at least not in the same way.

So watch the mail, because Lee and I will either be adopting a bunch of misfits and sending out invites or politely pleading for a seat at your table.