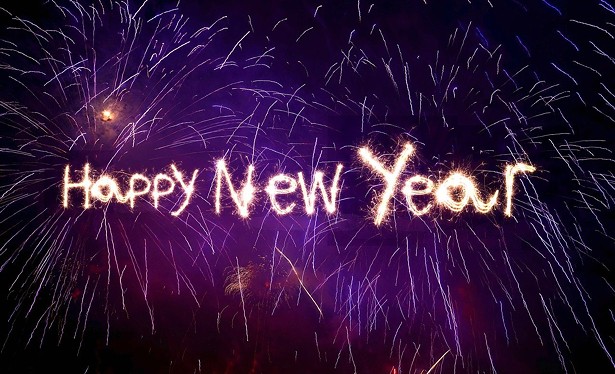 January, like God, is one of those things that, if it didn't exist, we'd need to invent it. It's a magical month for ambitious goal-setting, ludicrous resolution-making, and plotting the route to being our best selves! But if we're honest with ourselves—with our best selves—January is also the month for self-delusion. (Spoiler alert!) But before launching headlong into 2021, with its gooey center of possibility and optimism, I want to take one look back, like Lot's wife1, on this year that elevated the phrase Dumpster fire to such great heights.

Thinking back to the beginning of 2020 is like watching the first reel of a disaster movie. The sky is blue, the birds are singing, winner-take-all capitalism is continuing to concentrate wealth in the hands of fewer and fewer people, everyone is going about their daily lives blissfully unaware of their unfortunate fate. You want to shout out some helpful bit of augury like, "Look out! The zombies are shuffling across the lawn!" Or: "That volcano looks awfully angry." Or: "Hey, Wahlberg and Clooney: Maybe today's not the best day for a fishing trip." Or: "I know they say the boat's unsinkable Kate Winslet, but sometimes marketing is just hype." Or: "Told you so: That failed real estate-tycoon-turned-reality TV-star is going to try and overturn an election and in doing so delegitimize the foundations of democracy itself!"2

But hindsight about 2020 is 20/20. If we knew then what we know now, we all would have bought Peloton stock.

This past year has felt like a nonstop goodbye—to hugs, social gatherings, 300,000 of our fellow Americans we've lost due to the pandemic, countless businesses, and many people's homes and livelihoods, not to mention "Schitt's Creek." While the time for mourning is hardly over—thanks COVID—we do need to move on: 2020, you were certainly the most exciting year ever, but we're breaking up with you.

January is the time of year for looking forward, for putting the past, with the albatross-like weight3 of its bad decisions, thwarted hopes, and dead dreams, behind us, lest we start liking wallowing in the Slough of Despond4. Here's to a boring 2021. May we be cursed to live in uninteresting times.

1. So, this fella named Lot lives with his wife and two daughters in a town called Sodom. One day, a couple of angels stop by to hang out with the fam and end up spending the night. While his houseguests are sleeping, some naughty neighbors come by and try to get Lot to "offer up" the angels to them. (The meaning of "offer up" in Genesis is unclear, but it definitely doesn't mean "take them out for ice cream.") Lot, being a good host, offers up his two daughters instead, but is refused. Dawn breaks, the angels hear about the naughty neighbors, and they decide to lay waste to the town, an early instance of collective punishment. Tipped off, Lot and his family flee, but are told not to look back. Well, Lot's Wife is the kind of person who opens her Christmas gifts early and clumsily rewraps them. Girl can't help it. She looks back. And she's turned into a pillar of salt. The end. It should be noted that the Bible never mentions Lot's wife by name; she's just Lot's wife. That kind of sexist storytelling would never fly today. I'm surprised the Bible hasn't been canceled by now.

2. For the three people who keep writing me nasty notes excoriating me for the continuing unfair treatment of the current occupant of the Oval Office in this column: Yes, I am referring to Donald Trump here; not sure you got that.

3. In Coleridge's "The Rime of the Ancient Mariner," an albatross guides a ship out of an Antarctic ice jam. (The folks on the Titanic could have used a friend like that.) The albatross, for its trouble, is then killed with a crossbow by one of the sailors. Clearly, the guy's a real jerk. His prank-loving coworkers on the ship force him to wear the dead bird around his neck. This is kind of a really mean prank when you think about it, not a victimless crime like encasing someone's stapler in molded Jell-O. Because the albatross—an aquatic sea bird that probably didn't smell all that great to begin with—must have been giving off considerable and ongoing olfactory waves of putrefaction once it started to rot. My point is about the weight, however, not the ripeness of the decaying bird. Coleridge does not specify what type of albatross it is. If it was an Atlantic yellow-nosed albatross (average weight 4.7 lbs.), that would not have been too hard on the mariner's neck. Even a Shy albatross (average weight 8.6 pounds) would have been manageable. But if it was a Southern royal albatross (average weight 19 pounds), I fear the mariner might have needed long-term chiropractic care to straighten out the crook in his neck.

4. The Slough of Despond is a metaphor in The Pilgrim's Progress, a 17th-century comedy by Paul Bunyan starring a guy named Christian who goes out walking one day from his hometown, the City of Destruction, and meets folks like Obstinate, Pliable, Mr. Worldly Wiseman, and Mr. Despondency on his way to the Celestial City. The slough is a bog into which Christian sinks under the weight of his sins and his feelings of guilt about them. (If you were raised Catholic, you get it.) Helpfully, Wikipedia has an idea about the bog's origin: "The Slough of Despond may have been inspired by Squitch Fen, a wet and marshy area near his cottage in Harrowden, Bedfordshire, which Bunyan had to cross on his way to church in Elstow, or 'The Souls' Slough' on the Great North Road between Tempsford and Biggleswade." My takeaway: Look out for Squitch Fen on the way to Biggleswade.