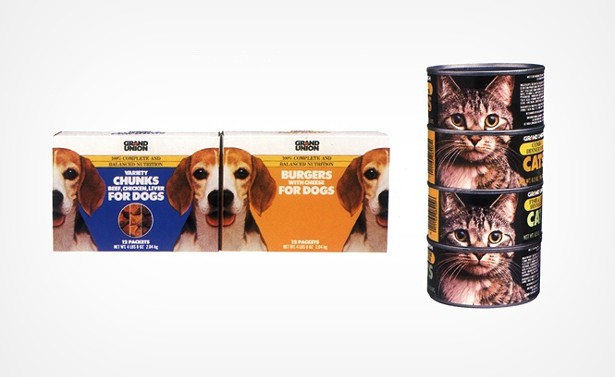 Going to the supermarket with my mother was one of my favorite things to do as a child. This was the late 1970s, mind you, and children didn't yet have nice things. We were forced to play with rudimentary objects—Lincoln Logs and Bristle Blocks and Legos—that, almost 50 years later, seem like pedagogic punishment instruments compared to the whiz-bang geegaws kids have today. (Seven-year-old Brian would have bitten your arm off for a fidget spinner.) In terms of televised entertainment, kids fared little better, faced with a Sophie's choice of watching either "Donahue" or "General Hospital" while waiting to gorge ourselves on reruns of 30-year-old Looney Tunes. (How else were we going to get a grounding in opera if not from Bugs Bunny in "Rabbit of Seville"? Fi-ga-ro! Fi-ga-ro!)

This was prior to 1984, when the Federal Communications Commission lifted the limitations on how many minutes of ads could be shown each hour to children, ushering in the new era of cartoons as product placement. Toy manufacturers became heavily involved in children's programming, developing shows based on their products and enticing broadcasters to schedule them in exchange for a cut on toy sales. These cartoons were as colorfully hypnotizing as they were formulaic and vapid, including such doll-centric classics as "He-Man and the Masters of the Universe," "The Care Bears," "GI Joe: A Real American Hero," and "My Little Pony." (Big love to all my bronies out there!)

Opportunities for distraction around the house were limited after I was warned off sticking things in sockets and messing with the cat. I always perked up when Mom announced she was headed off to the supermarket. At the very least, I could probably get a gumball out of it, and possibly a ride on the mechanical horse if Mom was in a good mood or sufficiently angry with Dad to want to dilly-dally before engaging in further parental combat.

A trip to the supermarket was also a chance for some quality Mom-time without Dad interference. He had an infuriating tendency to hog Mom's attention at crucial times when I thought she and I should be cementing our mother-son bond. But he never accompanied us to the supermarket. (And I don't think he ever went by himself either. Frankly, the first time my father may have shopped in a supermarket since he was single was after my parent's divorce.) There weren't very many men in the store who didn't work there. It was the realm of women and their young children, like the playground or the waiting room of the pediatrician. A grown man at the supermarket would have stuck out like a duck at a rodeo.

Mom's preparation was swift but meticulous. After brief interviews with all householders about their wants and desires—six-pack of Genesee Cream Ale for Dad, Doan's pills for Grandma, fruit leather for me—and assigning her second-in-command to scour the pantry and cabinets for duplicate items, Mom made her list. On a ruled yellow legal pad, she wrote out her list in a tight, looping cursive. (My mother's handwriting was the epitome of control—a name and number dashed off on the pad next to the phone took on the implacability of holy writ.) And then we were off, driving the three blocks to the Bay Terrace Shopping Center.

Today, The Bay Terrace is a proper multilevel outdoor shopping mall, complete with multiplex cinema, Outback Steakhouse, and shops like Old Navy and Foot Locker. In 1979, however, the place was a collection of mom-and-pop establishments—a pizzeria, a hardware store, a liquor store, a bowling alley—that ran the gamut from feigning respectability to giving-in-to-the-grime. New York City, after all, wasn't in great shape financially; the city had almost gone bankrupt back in `75. Two high-rise towers, half-built then halted when the financing dried up, loomed over Bay Terrace and the surrounding suburban scrubland. (The towers would eventually open in 1981 as the Bay Club. Two-bedroom condos at the Bay Club now sell for just under $1 million.)

The shining beacon of Bay Terrace was the Grand Union supermarket. There were many reasons for me to find grocery shopping such a fulfilling pursuit—riding in the cart, picking out breakfast cereal, going through Mom's purse, the grand initiation into consumer capitalism—but there was an X factor about Grand Union that I never could put my finger on until quite recently.

Entering Grand Union from the dirty parking lot was like Dorothy stepping from black-and-white into Technicolor in The Wizard of Oz. Grand Union was bright, clean, and fun. The typefaces on the packages were chunky and populist. All the cans all had pictures of the food inside of them. There was a box of lasagna that looked like a slab of lasagna. Aisles and aisles of color that was not cacophonous but aesthetically pleasing. The supermarket felt unified and intentional in a way that very few environments I encountered as a child did. The place felt qualitatively better than other places. What I didn't know at the time: I was having a user experience designed by Milton Glaser.

Glaser had been hired a few years earlier by Grand Union's owner, Sir James Goldsmith, to redesign his 500 supermarkets. As Glaser recounts in Art is Work: "I put a wonderful team of architects, graphic and industrial designers together and we started to work on a prototype in Wyckoff, New Jersey. Three months later we presented our ideas on how a supermarket might be rethought. Goldsmith responded enthusiastically. Three months after that, construction began." The team Glaser put together revolutionized supermarket design, reinventing the modern market.

Grand Union no longer exists—the 21 remaining stores bought by Tops in 2012 were rebranded as Tops Markets. And Mom is gone. And now Milton Glaser is gone too. I still love the supermarket though—any supermarket will do, really. It gets me reminiscing about my mother, Milton Glaser, and fruit leather.