Summer gallops away now. But wait, that metaphor isn’t exactly right. Too much in the way of the heavy sound of hoofbeats, a missed opportunity, the rear end of an animal. That only partially captures the fleeting feeling of the weeks leading up to Labor Day. Perhaps it should be: Summer canters on, or, summer trots along. Summer is in full effect, its slow parade zigzagging like a fez-wearing Shriner in a mini car. August is the month of picnics, lawn games, pool parties. For if you don’t slow down now, you might find yourself breathless straight through New Year’s. But if you feel like hustling, there’s still a bevy of stuff to do in August.

Here’s a Top 10 list (in no particular order) of what I’m racing toward this month, inclusive of an event I wish was still happening:

Phoenicia International Festival of the Voice August 4-7
The second year of this world-class singing event, organized by internationally
renowned vocalists, has the cozy vibe of a small town affair that’s brought off with professional éclat. It’s got gospel, opera in the park, socially conscious sing-alongs, and performers for the kids like Uncle Rock, also known as Chronogram contributor Robert Burke Warren. www.phoeniciavoicefest.com

Saugerties Artists Studio Tour  August 13 & 14
Cultural Czar in Exile Mikhail Horowitz tells me that this tour—caveat lector: Mik’s studio is included on the program—is the bomb. Not in quite those words. In its ninth year, the tour takes art appreciation out of the (sometimes quite sterile) gallery/museum context and back into the domain of the art makers in their native habitats. (In addition, Czar Mik will be performing with his partner in satire, Gilles Malkine, at the Woodstock Fringe Festival on August 20 and 21.) www.saugertiesarttour.com

Warrior Dash August 13 & 14
Unfortunately, by the time you read this (after August 1), registration will be closed. But perhaps you want to venture out to Windham Mountain to watch hundreds of semi-crazed competitors jump over fires, swim through mud, climb a cargo net, and scale stone walls while running a 5K. Plus, the race is followed by a huge party with beer, bands, and food. www.warriordash.com

Hudson Valley Shakespeare Festival Through September 4
The master thespians performing under the big tent on the grounds of Boscobel in Garrison finally tackle the Bard’s magnum opus, “Hamlet,” this summer. I’m curious to see if HVSF does as well with tragedy as it does with comedy. Added bonus: Garrison Art Center’s annual outdoor contemporary sculpture exhibition, “Current,” is installed on the grounds of Boscobel through October 10.

Bard Music Festival August 12-14, 19-21
Dismissed as second-rate by critics during his lifetime, Jean Sibelius (1865-1957), also enjoyed a great degree of popular success, and he was among the most loved composers in the US in the 1930s. Sibelius’ bombastic Romanticism was out of step with the emergence of modernism, and yet his music is still widely played today. The Finnish composer enjoys two weekends of concerts and lectures in his honor at Bard College. www.fishercenter.bard.edu/bmf

Esopus Creek Puppet Suite August 12 & 13
Arm-of-the-Sea Theater’s annual spectacle on its home turf in Saugerties (Tina Chorvas Park) always looks to current events for its themes. This year’s production is “La Cosecha” (The Harvest), about an undocumented immigrant named Cesar who tangles with the coyote who smuggled him across the border. www.armofthesea.org

Brad Mehldau & Mark Guiliana Duo August 28
If you’re unfamiliar with Bard Mehldau, buy his Art of the Trio albums today. His intimate and lyrical treatments of American Songbook standards (“Bewitched, Bothered, and Bewildered”) and contemporary pop and rock (Radiohead’s “Exit Music for a Film”) have taken jazz piano in an exciting and accessible direction. This show pairs him with young drumming phenom Mark Guiliana. www.liveatthefalcon.com

Wildcat Epic 100 August 13-14
I’m something of an avid mountain biker, but I’m not ready for this race: two days, 50 miles each day, up and down and around again in the Shawangunks Mountains outside New Paltz, through the Mohonk Preserve, Minnewaska State Park, and surrounding trails. But on Sunday, there’s a single-day, 25-mile option that is tough enough to challenge the intermediate cyclist without crushing them. www.wildcatepicevents.com

Terrapin New York State Beer Fest August 6
Twenty-four craft brewers from across the state serve up their finest beverages (over 100 varieties) at Terrapin Catering in Staatsburg. Participating breweries include Saranac, Captain Lawrence, Keegan Ales, and Ommegang, among many others. www.terrapinrestaurant.com/beerfest

The Missing Derby
This month will mark the first time in 17 years there will be no Artists’ Soapbox Derby held on the third Sunday in August. George Donskoj and Nancy Donskoj and an army of volunteers pulled together the kinetic sculpture parade with a can-do attitude that was inspiring in a way specific to a DIY community event. Year after year artists and nonartists, adults and children built ingenious creations to roll down lower Broadway in Kingston past a cheering crowd of thousands. Sadly, the Derby had become too much for George and Nancy to coordinate, and no organization was able to take up the mantle of organizing the event in time for this year. Plans are supposedly in the works to resurrect the Derby in 2012. (Mayan calendar car anyone?) Chronogram was a sponsor of the Derby for many of its 16 years, and we fervently hope we get the chance to be involved with it again. Much gratitude to George and Nancy and everyone who’s been involved in producing this local marvel. Summer’s not the same without it. 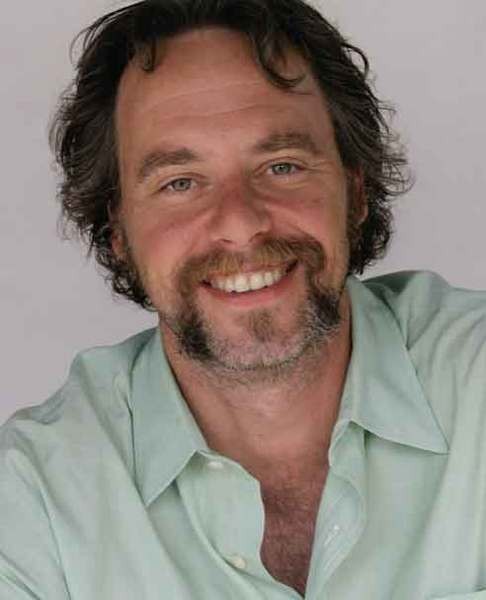