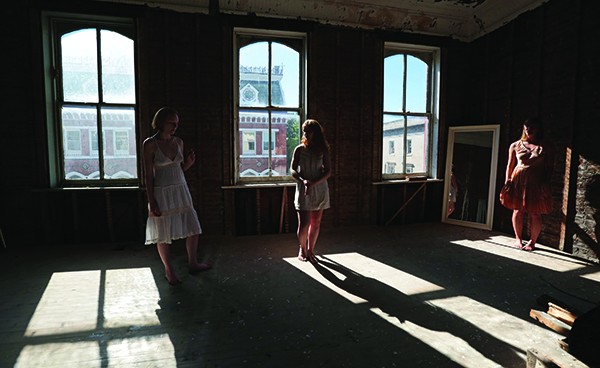 Astrological events love to come in clusters. Watching the sky for a while, you can get the feeling you do when you're waiting for a city bus—why can't they spread out and come every 15 minutes instead of four busses showing up at the same time?

Well, a lot of busses arrive in October, all within a very short time. Actually, we got a good start in late September, with the Libra New Moon happening two days after the equinox. If you remember, those last days of summer were like being propelled through a funnel. Now we are into autumn and I have some news for you about what the sky is offering.

Mercury stations retrograde in early Scorpio. It then backtracks into Libra, covering half of that sign, and then stations direct. One thing that jumps out right away is that in traditional astrology, Scorpio is ruled by Mars and Libra is ruled by Venus. If you read old astrology texts, you find out that Mercury is gender neutral.

So we have a Mercury retrograde event that is likely to commence a new discussion of gender identity. This is an aspect of life that is fraught with controversy, because so much of the pain people are in is mistakenly associated with feelings about being either male or female. There is this thing called gender rage, which is anger projected at all members of the opposite sex, or any anger that is related to sex and gender.

Mercury will be making a series of visits to Libra and Scorpio, which looks to me like a shifting perspective—that is, Mercury taking on the feeling of maleness and femaleness in a series of sign changes. This could deliver the one thing we need the most in gender discussions, which is seeing and feeling life from the opposite (or seemingly opposite) perspective.

As happened during the last Mercury retrograde about four months ago, Mercury makes a series of trine aspects to a meaningful newly discovered planet called Nessus, which is about accountability. Yet Nessus also contains plenty of data about healing gender issues and resolving old injuries, such as from past abuse situations. When Nessus shows up, it points to the problem and it points to the solution. For that to work, it's necessary to keep the main concept of Nessus in mind, which is accountability—that is the person who is actually going to deal with the situation.

Nessus reveals the futility of blame, including self-blame. At the same time the theme of Nessus suggests that accountability is essential; and that there must be someone willing to deal—and that someone had best be you. The story will vary from person to person, though with Mercury and Nessus involved there is the underlying theme of speaking the unspeakable or saying what has not been said, especially if it feels impossible to say.

Mercury transitioning back and forth from Scorpio to Libra emphasizes the theme of taking what cannot be easily expressed (Scorpio) and presenting it in a relational way (Libra).

During the Mercury retrograde, there are two eclipses. The first of these is a total lunar eclipse in Aries, exact early the morning of Wednesday, October 8. In fact it happens right at the midpoint of Aries, which you can think of as a hotspot in the zodiac. It's also closely conjunct Uranus, which is another hotspot. The eclipse activates a grand fire trine that includes Jupiter in Leo and Mars and Pholus in Sagittarius.

As a South Node eclipse in Aries, this event relates to the process of giving up some identity construct that you've been living with for a while—perhaps a very long time, and replacing it with something bold and original. You will have plenty of support doing that, which will be accessed through consciously embracing the process of letting go of whatever that old personality construct may be, such as an outdated sense of purpose.

Both Mars and the presence of activity in Aries are in the aspect pattern. One possible collective manifestation of this could be some revelation about the militancy of humanity and of our time in history. As many have pointed out, this tendency affects people down to the level of our innermost thoughts, and is worth observing and questioning.