Earmark These 7 Books for March Reading 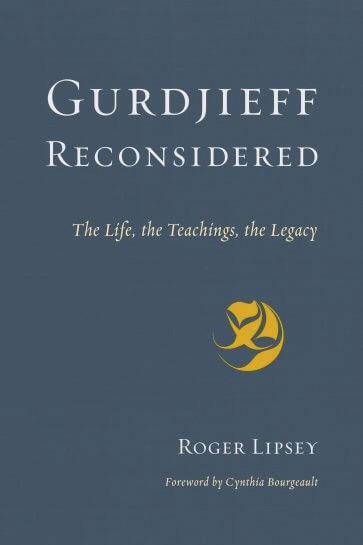 Gurdjieff Reconsidered: The Life, the Teachings, the Legacy

George I. Gurdjieff was a man and a master. The materials that he uncovered from sojourns to Central Asia and the Middle East sought to remedy the spiritual poverty of the West. To the ever-increasing brutality of the 20th century, his discoveries enabled a way to a new life—more in consonance with nature and human nature. It granted creative powers their release. His investigations called for recognition of long-buried intuitions of humanity's role in the life of the planet and the universe beyond.

Gurdjieff Reconsidered, by Cold Spring resident Roger Lipsey, clarifies the development of the man's teaching. Gurdjieff died in 1949 but the school that gathered around him continues to flourish. Intelligent and well-conceived, the account outlines how an awareness, carefully sensitized, can lead to an intense, compassionate being, one that neutralizes the distractions and neuroses of everyday life. As Lipsey draws on students' first-person accounts, he shows the means by which a magister could bring a person's capabilities to fruition so as to be able to meet the needs of a situation, any situation. Lipsey functions as the witness to the witnesses.

Gurdjieff's "methods of instruction" were improvisational, making use of what the circumstances provided. Lipsey shows him to be confrontational, loving, overbearing, fatherly; his approach could turn on a dime. He attracted great men and women (Frank Lloyd Wright, Katherine Mansfield, and Peter Brook, to name a few); he also made enemies—those who would react to abrupt exposure of their own lack of substance. Lipsey devotes one of the five chapters to refutations of some of Gurdjieff's most biased critics.

The sweep of Gurdjieff's life is the stuff of myths. Lipsey gives a brief history of its scope, from birth in the Caucasus to his school near Paris. Special emphasis is given to the music and sacred dance that he created for students of his "Work." Lipsey is at his best in describing their humanizing effects, how they could balance a psyche obsessed with production and possession of commodities. Inasmuch as a chief source of information comes from notes of group meetings with him, the reader gains a sense of what it was like to participate in an oral school of thought.

The book veers between an apologia and an appreciation. Its "reconsideration" seeks to offer the insights of a participant as remedy to partial and second-hand renderings of the man's contributions. It is an important book, one that will join the ranks of other texts of second- and third-generation pupils that reveal the master's achievements. It should be read, particularly in its implicit message to read the master's own writings more deeply and with an unjaundiced and searching eye. 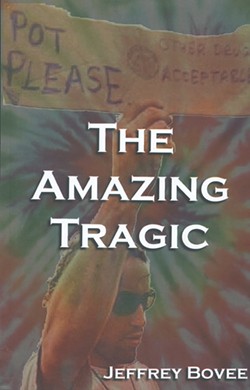 In 2017, Jeffrey Bovee spent 22 days behind bars in the Orange County Jail in Goshen after using hard drugs for 34 years. Bovee claims that the police probably saved his life by locking him up. During his time served as an inmate, Bovee was forced to reflect on his life of addiction and the possibility of losing his girlfriend and two sons. As a form of rehabilitation and reconciliation, Bovee wrote this memoir during his incarceration, attempting to puzzle out the riddle of addiction. After finding faith in God and strength in his family amidst the wreckage brought on by his addiction, Bovee was able to rebuild his life. He now lives as a writer and musician in Woodstock with his family. 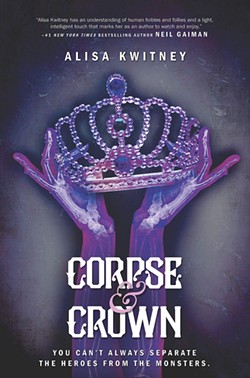 Reimagining the Dickens classic Oliver Twist, Kwitney packs a punch in her newest historical thriller, which serves as a sequel to her first YA novel, Cadaver & Queen. The book follows Agatha DeLacey, who is a nursing student at Ingold's East End hospital in London, when she meets the notorious, yet charming, Artful Dodger. As their relationship grows, Dodger's work as a thief endangers Agatha, and she is blinded after a brutal attack. Having no choice but to take part in an experimental surgery at the hospital, Agatha's sight is restored, but with drastic consequences. Agatha and Dodger must find a way to work together and expose a medical conspiracy before war breaks out between England and Germany.

Not for Nothing: Glimpses Into a Jersey Girlhood

Cold Spring resident Curto, who teaches creative writing at Montclair State University, brings together stories of growing up Italian-American in the 1970s and `80s in the Garden State. This debut memoir chronicles how the youngest of four siblings navigates an often-fractious family life—volatile father, drug addict brother—and finds her way as a young woman, creating an enduring portrait of the state of wonder kids find themselves in on the precipice of adulthood. Family life in all its agony and ecstasy on every page.

Wait, It Gets Worse

If you think you've had it bad recently, meet Lydia Slaby. At 33, she had everything she believed would make her happy: three fancy private school degrees, a successful husband who was in the inner circles of Barack Obama's presidential campaign, and a high-paying job as an attorney. But under the surface Lydia's life was in free fall. When she made a doctor's appointment to talk about the toll of extreme stress, she was instead admitted with a diagnosis of lymphoma. Slaby, who now lives in Rhinebeck, learns through her cancer journey that control is an illusion, and perfection an impossible standard we set for ourselves. 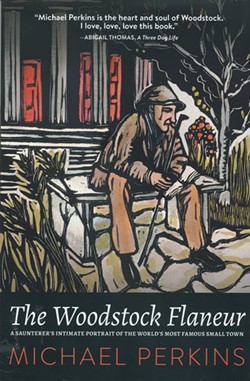 Perkins, author of the "Walking Woodstock" column for the Woodstock Times, has been chronicling the world' most famous small town for 50 years. These essays, collected from his columns, describe not only the characters that populate this odd former arts colony at the foot of the Catskill Mountains, but also a writer's journey, quite literally: "In adolescence I began taking long walks as my own quiet protest against the hegemony of the internal combustion engine." Perkins approaches his walking practice as he does writing one—deliberately, and with heart and soul. These sketches of small-town life abound with the vigor and absurdity of Woodstock itself.

Leah Penniman, executive director of Soul Fire Farm, is committed to ending racism and injustice in our food system. A social justice activist and farmer, Penniman's book, "Soul Fire Farm's Practical Guide to Liberation on the Land," is a manifesto and tool kit for African-heritage people, from writing a business plan to restoring degraded land to crop planning and seed keeping. Penniman invokes Malcolm X as a jumping off point in her introduction: "Revolution is based on land. Land is the basis for all independence. Land is the basis of freedom, justice, and equality."