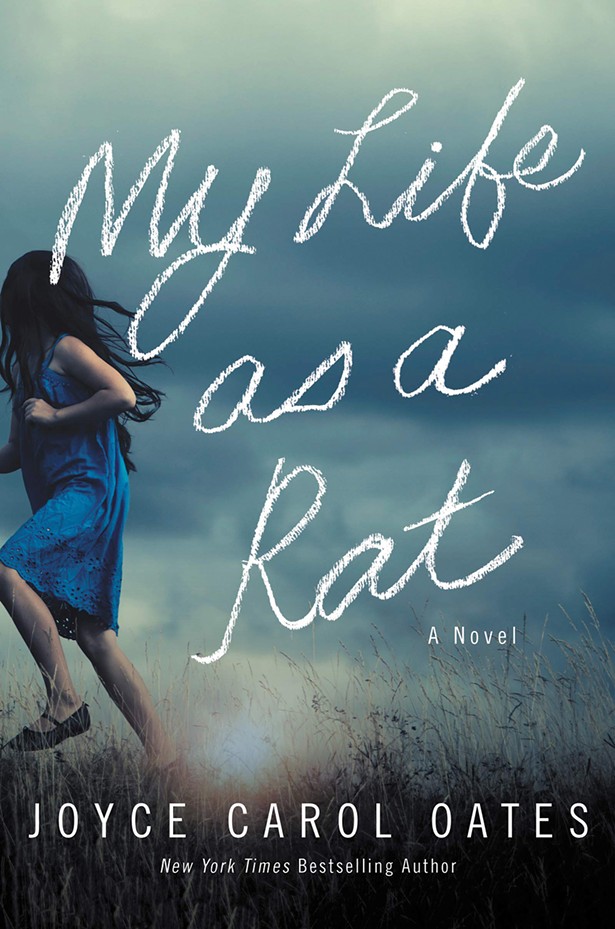 It's often repeated that Princeton-based author Joyce Carol Oates has written many novels (she has more than 50 to her name, plus another dozen under two different pen names), spanning mystery, gothic, horror, and historical genres. Perhaps the works that achieve the most recognition are the ones that take place literally in her backyard of western and upstate New York. Books including We Were the Mulvaneys, Gravedigger's Daughter, and The Falls focus on hard-working blue-collar families in the depressed towns left behind by once-booming industries. Her heroines are strong-willed survivors of such circumstances as well as various crimes and tragedies that add even more hardship to their stories. Oates' most recent novel, My Life as a Rat, is one of the best examples of her love for small-town New York heroines.

Violet Rue Kerrigan is 12 years old when she witnesses her brothers literally burying evidence connected to the racially motivated murder of a promising black adolescent. In a perfect storm of circumstances (including one of the brothers assaulting her), Violet confesses the secret of her brothers' crime, landing them in jail. She is immediately cast out of her large family to go live with an aunt on the opposite side of the state. Over time, Violet obsessively hopes for her family to forgive her and take her back, but as this becomes less and less likely, she grows increasingly afraid of her brothers' parole dates. Her difficult situation becomes even more perilous following a series of abusive relationships with men. At the same time, Violet employs herself as a housecleaner, a job her own mother once resorted to and then later denied, in order to put herself through night school and have a better life. All of this leads to a narrative twist that only a seasoned writer like Oates can pull off just paragraphs away from the conclusion.

Racist violence and sexual abuse are easily two of our society's darkest realities, and to explore them through the eyes of an adolescent highlights these issues with even more complexity and heartache. Written from the perspective of a young girl, Oates keeps the style straight-forward and narrative-driven, with italic bursts offering a window into Violet's constant anguish. Throughout the story, the vitriolic inside voices taunt her, shouting accusations like, "Don't pretend to be innocent, "Vio-let!" You dirty girl." In true Oates fashion, Violet becomes a survivor despite the odds and even against her own will, eventually breaking the spell of family to discover her own strength and grant herself absolution.

The Golden Notebook in Woodstock will host Joyce Carol Oates for a reading and signing on July 23 at 5pm.

In her debut poetry collection, Mary Kathryn Jablonski weaves a web of anticipations for the future, nostalgia for the past, and imaginative reflections on the present. With beautiful, haunting language, her poems bend time and place, jumping between pristine Vermont countrysides, mystical night skies, and the warren of her own psyche. Jablonski effortlessly shapeshifts between visual and tactile worlds and powerfully expresses both simplicity and struggle in the search for lasting fulfillment. She captures life's ambiguous and fickle nature with her similes, like the day that "rolls out like pie dough: shapeless, sticky, shrinking back on itself." The remarkable honesty, hope, and heartbreak within these poems makes Sugar Maker Moon a deeply human read.

Shortly after her return home to Ulster County from deployments in Iraq and Afghanistan, rookie private investigator Alison Jenkins hears of the shocking disappearance of a decorated war veteran. She partners with her mentor, PI Margaret Singer, in an attempt to solve the unsettling case. The detectives quickly realize that the young vet's disappearance is only one of several related crimes committed in the county. With its quick pace, smart dialog, and dimensional characters, Say Nothing is a page-turner that excites and intrigues. This novel is a seamless blend of a riveting murder mystery and a political thriller with a filmic feel that keeps us on the edge of our seats.

Drawing from the journals and letters of her own great-grandparents, Roxana Robinson's new novel weaves history and fiction together to depict America in one of its most fragile, fraught, and malleable states. Set in 1889 in Charleston, South Carolina, the story follows Frank Dawson, an opinionated young Englishman who came to the US to fight for the Confederacy. Frank understands the war as a conflict over state's rights and emerges as a voice of the New South promoting equal rights and nonviolence via his column in the Charleston News and Courier. As he struggles to change the political beliefs of his audience, Frank confronts myriad obstacles that threaten his livelihood and reputation as he loses readership. 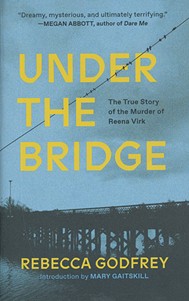 In 1997, the world was stunned when seven teenage girls and one boy brutally beat and drowned their peer on the picturesque island of Saanich in British Columbia, Canada, in an event that came to be known as the "Schoolgirl Murder." Under the Bridge is a meticulous analysis of the case that molds thorough investigative journalism into a digestible narrative. The Godfrey's prose steers away from the traditionally terse voice of a hard news piece, offering an immersive analysis of the events by everyone from the police who found the body to the murderers themselves. This award-winning book examines the nature of high school violence and the veiled anger and motivations of teenage girls.

The only problem you will have with this fifth edition of the Hudson Valley classic guidebook is deciding where not to take the kids. Parents of kids and pre-teens may want to keep this encyclopedia of upstate artistic, cultural, and outdoor destinations handy for those long summer afternoons and family vacations. The book contains neary 400 pages of activities and locations primarily in the Hudson Valley with some outliers in the Capital Region, Adirondacks, Lake George, Cooperstown, and the Berkshires. Broken up by county, with reference maps, the book provides a plethora of expeditions, including the best beaches, bike trails, fishing spots, festivals and much more.

While Cole may be most famous for his works on the Hudson River and the Catskills, Thomas Cole's Refrain features a number of Hudson River School painter's most popular and compelling pieces on the Catskill Creek, providing context to their creation and history. Cole was intimately familiar with this landscape, which he painted several times. Author H. Daniel Peck, an English professor at Vassar College, argues that Cole illustrates his views on human nature through subtle symbolism woven into his recurring landscapes. Citing primary sources, such as the artist's own journal, Peck stitches a narrative that positions. Cole in relation to his artwork, offering reimagined interpretation of Cole's popular works and how they reflect his personal life.