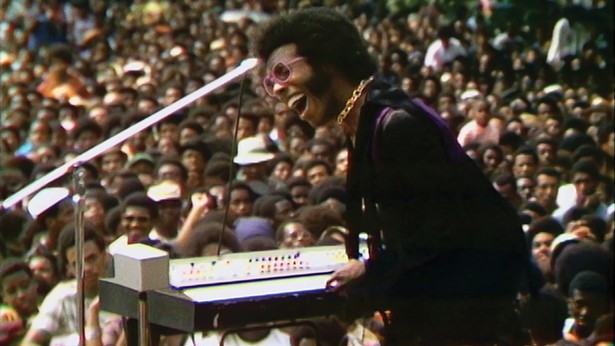 From traditional drive-in theaters to pop-up movie events in parks and parking lots, the Hudson Valley is offering up a plethora of outdoor film experiences this summer. From cult classics to horror films to new blockbuster releases to award-winning documentaries, you can watch it all with the hatch of your car popped open, on a blanket, or on lawn chairs underneath a starry night sky.

Opened in 1950, the family-owned Hyde Park Drive-In is likely the Hudson Valley’s oldest continuously operating outdoor theater. The Hyde Park Drive-In is open seven days a week through September showing two films a night on its one screen. The concession stand offers up black angus beef hamburgers, hot dogs, French fries, and pizza. And, of course, snacks such as popcorn, candy, pretzels, ice cream, and milkshakes.

The Fair Oaks Drive-In in Middletown is screening a mix of new releases and classic films on its two screens. It also has four comedy events to announce and a “major mystery guest” in July. The 1975 cult classic Rocky Horror Picture Show with Translucent Dreams does a victory lap on June 19, a “Back to the `80s Prom Night,” featuring Jessie’s Girl live and a Pretty in Pink screening on July 31. Fair Oaks has an extensive snack bar, with candy, some of the best popcorn in the area, hot dogs, nachos, and on the weekends, burgers, and food specials.

Four Brothers has opted to modernize the drive-in experience with spiffy amenities like electric car charging, minigolf, a playground, and onsite Airstream lodging in the “Hotel Caravana.” The Amenia drive-in screens two films daily on its 4K digital projector. The screenings are mostly new releases, and on some Thursdays, there’s a triple header, including an older film. The food program includes burgers, hot dogs, sandwiches, shakes, smoothies, homemade desserts, ice cream, pizza, and craft cocktails, plus all the classic concessions. Weekend pre-show events include live music, a petting zoo, and face painting.

This northern Catskills drive-in destination’s 85-inch screen shows a curated mix of first-run features, retro and independent flicks, and filmmaker-direct offerings. Its 62nd season will kick off with screenings on Friday and Saturday nights, and expand to include Thursday and Sunday later in summer. The snack bar offers hot dogs, chili, mac ‘n’ cheese, and a chili mac ‘n’ cheese, if you can’t decide. It also has popcorn, candy, and jumbo chocolate-chip cookies that can be ordered and delivered right to your car during the movie. Local beer, wine, and specialty cocktails are also available.

The Hi-Way Drive-In offers old-school grit and glory, with aluminum-wrapped hot dogs in a warmer, neon orange cheese and nachos, Sno Kones, and popcorn by the gallon bucket in Coxsackie. The drive-in has a whopping four screens, each showing a double feature. With eight films a night, Hi-Way is able to curate a mix of new releases, cult classics, horror films, and not-so-new blockbusters, with at least one kid-friendly option per night. The drive-in is open nightly through Labor Day, and occasionally hosts special events and movie marathons.

Have you ever been ferried to an island then watched a movie in the shadow of a crumbling castle? Probably not. But you could! This summer, Bannerman Castle is hosting three movie nights, with a boat ride from the Beacon Institute Floating Dock to the island just in time for sunset. Bill and Ted Face the Music will screen on August 20, Alfred Hitchcock’s Vertigo on August 27, and King Kong (1933) on September 9. There are snacks, food, and refreshments available for purchase at the events.

This summer, the Woodstock Film Festival curates a series of outdoor moviegoing experiences. Head to the lawn at the Bearsville Theater on June 17 for a solar-powered screening of the new award-winning film Shiva Baby by festival alum Emma Seligman. There will be food and drink from local purveyors and a Q&A with Seligman and the producers before the show. On June 24, WFF heads to the Greenville Drive-In for a screening of filmmaker Ahmir “Questlove” Thompson’s debut and award-winning documentary Summer of Soul, preceded by dinner and cocktails. WFF returns to the drive-in in early July and August for screenings that have yet to be announced.

After a smashing success last summer, the pop-up Story Screen Drive-In returns to the park at University Settlement Camp. It will be showing one classic film per week, Wednesdays through Sundays, throughout the summer, with flicks like Animal House, Indiana Jones and The Last Crusade, and Pee-Wee’s Big Adventure—and many more to be announced.