Drinking's a Hoot at the Yard Owl Brewery in Gardiner

History, tradition, and artistry are core tenets of Belgian beer culture. At Yard Owl Craft Brewery, a Belgian-inspired brewpub in Gardiner, NY brewers James Walsh and Kristop Brown pay homage to this old-world style by creating crowd-pleasing beers with an emphasis on simplicity and taste.

“We practice Belgian techniques to make beers that are dry, expressive, and distinct in flavor,” says Walsh. “Not many breweries are focusing on saisions like us, but I think in general, people are starting to look for lighter, drier beer.” (Walsh's trend speculation echoes what Tait Simpson, co-owner of the recently opened Kingston Standard Brewing Co. recently told us.)

Among popular offerings, Yard Owl’s flagship brew is the Farmhouse Ale (6.5% ABV), a classic dry saison that Walsh describes as floral and earthy. Daring types prefer the Casa Diablo (10% ABV), a Belgian dark saison aged six months in rye whiskey barrels sourced from Coppersea Distilling in New Paltz. The beer is made with coffee concentrate from Mudd Puddle Roasters, a New Paltz cafe owned by Walsh and his wife, Michelle. “It’s a popular beer because it’s limited, and the high ABV appeals to some,” Walsh explains. He laughs and adds, “We have a joke that if something crazy happens after having a few, it’s known as a Casa Diablo story.” True to Belgian tradition, Walsh says the brewers rely heavily on a signature yeast strain. “Yeast is the most important element to our flavor,” he explains. “Others depend on malt or hops for flavor, but we use one strain of yeast for all of our beers.” Also customary to Belgian-style brewing: four-step grain mashing—which converts grains to starches—to create a drier beer than a typical one- or two-step approach, and high-temperature fermenting to produce fruity aromas.

“The first Belgian I ever had changed the way I thought about beer and brewing,” Walsh says. “I was bartending back when craft beer was beginning to grow popular, and I really got into Belgian styles. I began making beer and loved the aspect of creating flavor profiles.” 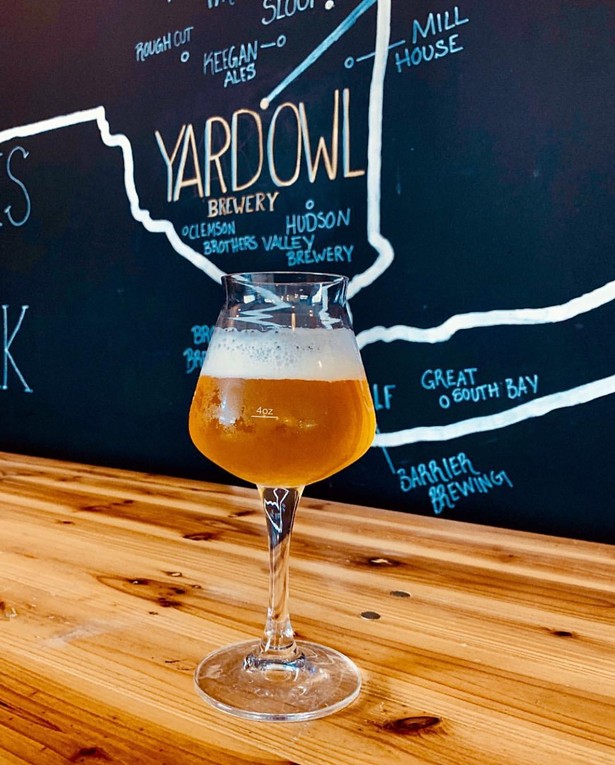 Years later, in 2011, he and Brown contemplated a brewery. Brown, an acclaimed winemaker, was familiar with the nuances of brewing, whereas Walsh decided to take an immersive course on professional brewing. “During this program I realized that within the scientific parameters of brewing, you can apply the art of it,” he says.

Yard Owl opened in 2012, brewing small batches out of Walsh’s home. Word of mouth spread, demand grew, and, with the help of a successful Kickstarter fund a few years later, they were able to expand to a larger tasting room along the Wallkill Valley Rail Trail.

“The taproom is rustic but open and airy,” Walsh explains. “We’re very casual and family friendly, with lots of lawn space for parties, live music, and barbecues. You’ll usually see Kristop and me, saying hello. That’s part of why we plan to stay a small brewery; it ensures we keep our quality high and it keeps people coming here to enjoy our beer.” 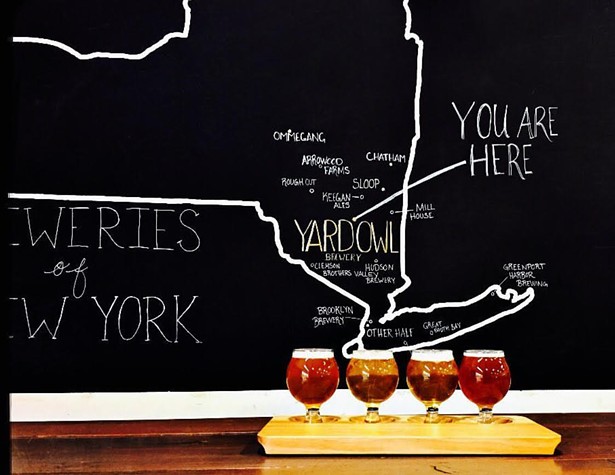 The Mohonk 150 is ready to go! We are so excited to celebrate the 150th anniversary with Mohonk Mountain House during the Brewmasters weekend. We will be holding talks on Beer Styles of the World, pickling & beer bread making , along with home brew beer making 101 @mohonkmountainhouse #farmbrewery #pickling #beerbread #homebrewer