Don't Miss the Final Weekend of Cinema in Piazza

This weekend is your last chance to experience Cinema in Piazza at Magazzino. If you haven't yet been to the 20,000-square-foot Italian art warehouse in Cold Spring, this film series is the perfect chance to both view the art on display in the exhibition “Arte Povera: From the Olnick Spanu Collection,” and get to know the artists through documentaries.

Cinema in Piazza is a 12-film festival, put on in collaboration with Artecinema and the Cold Spring Film Society that juxtaposes Italian artists with their international contemporaries. Over the past two weekends, films have been projected in Magazzino's outdoor courtyard for guests, after an introduction from art historian Francesco Guzzetti.

This third and final weekend of the film series is jam-packed with rich artistic heritage. On Friday night, July 27, Magazzino will screen a 38-minute documentary about one of the founding fathers of Arte Povera—Jannis Kounellis—in which the artist offers a peak into the narrative of his works as he sets up an installation conceived for the National Library in Sarajevo.

Kounellis is brilliantly paired with heavyweight contemporary artist Louise Bourgeois, who is captured on film in a rare home interview. A prolific sculptor, painter, and printmaker, Bourgeois broke ground in her unprecedented use of materials like resin, latex, and cloth and was notorious for her unchecked critique of her own art and that of her students.

The grand finale of Cinema in Piazza will be a Pino Pascali/Bruce Nauman double-header. Sull’orlo della gloria—La vita e le opere di Pino Pascali (On the Edge of Glory – Life
and Works of Pino Pascali) is an hour-long documentary collage that pieces together the life and atmosphere surrounding Pino Pascali, a foundational but oft-forgotten precursor to the Arte Povera movement.

Pascali is juxtaposed with Bruce Nauman, who, as the film title indicates, is recognized widely as "the Godfather of Modern Art." He has always been ahead of the curve, experimenting in the arenas of video, performance, installation, sculpture, drawing, and neon since the start of his career. Nauman, who rarely gives interviews, openly confides in this documentary, while other artists give their testimony. 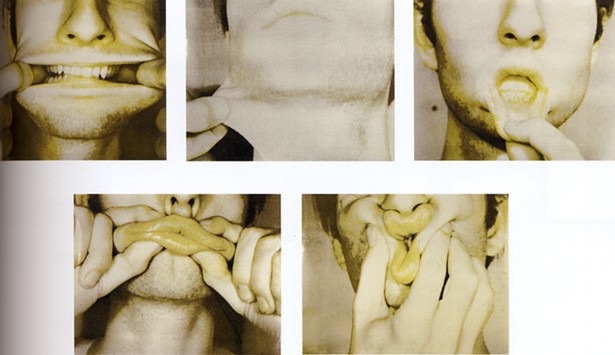 During both evenings, Magazzino will be open late from 7 to 8pm for ticket holders to explore the exhibition before the films. At 8pm each night, art historian Francesco Guzzetti will introduce the films, then the screenings will begin at dusk.

All proceeds will go to RxArt. Buy your tickets today.

On the Cover: Louise Bourgeois | February 2020