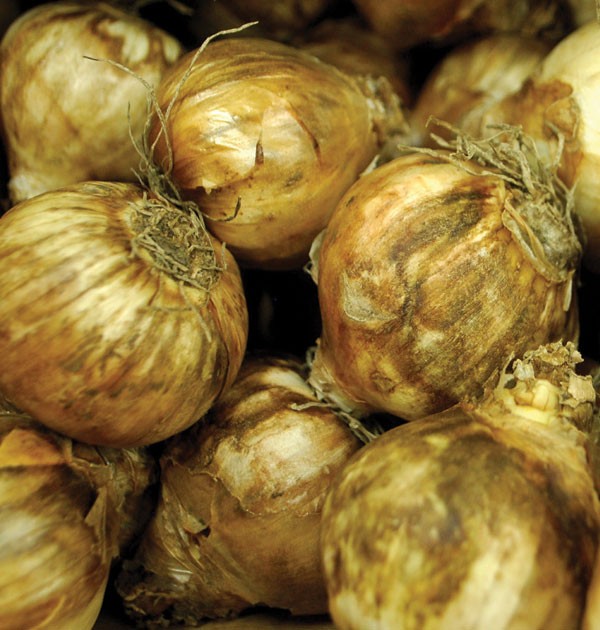 I remember hearing many years ago about a Citizen Science project in which homeowners mapped the migration of their crocus bulbs around their yards from year to year. This tickled me as I pictured maps with data points as random as squirrel and chipmunk movements. But how delightful to take this on as a science experiment! It beats wringing one’s hands over lost (relocated?) bulbs. 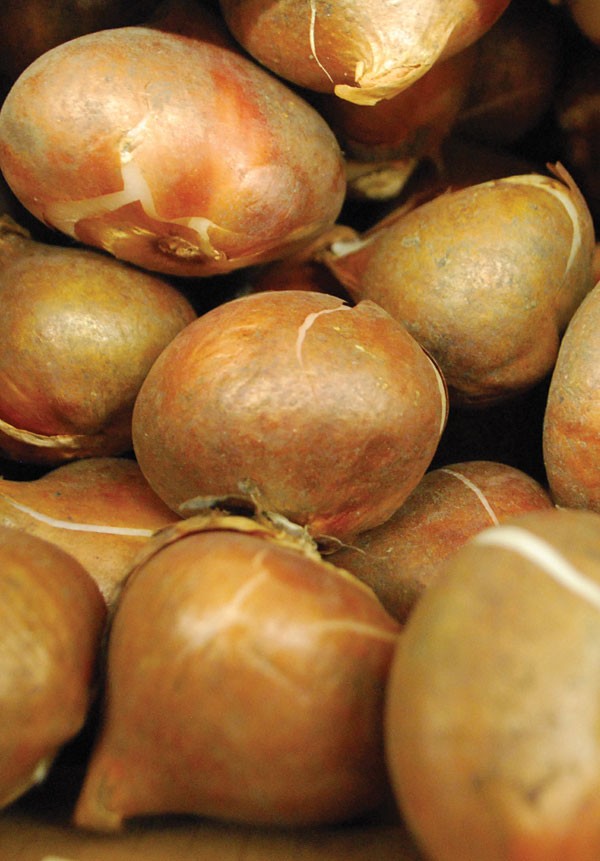 Some of the lengths people will go to try to protect their crocuses from squirrels and chipmunks: laying chicken wire, subsoil, over the bulbs with stakes to hold the wire down (imagine trying to divide bulbs in that mess later); covering the bulbs in poison; trapping or shooting the offending critters; or encouraging roaming feral cats to come eat the varmints. This seems like a lot of work against nature for a wee little flower, pretty as it may be, especially since there are other bulbs less palatable to animals that also produce pretty wee flowers.
We humans can be the worst bulb upsetters, like when I am digging up perennials and accidentally slice bulbs in half, a fate from which they cannot recover. Or frequently when digging things up, I’ll dislodge innocent bulbs and I have to replant them and do so hastily and imperfectly. The best hedge against all this destruction is to plant a freakin’ lot of bulbs. If you have critter problems and plant five tulip bulbs or 25, animal predation will impact things greatly. But if you plant 500 tulips, some will be destroyed, but you are going to still have a nice show. In other words, you have to plant enough to satiate the animals and still have some left over for viewing.

The Most and Least Vulnerable
To see the big showy hybrid tulips, the ones with the luscious candylike heads, I go to public gardens and cities with big tulip festivals. I gave up trying to grow them myself, because the deer, chipmunks, squirrels, moles, and voles are so fully committed to eating hybrid tulips. I do, however, plant the little species tulips, generally born on stems just 3 to 8 inches high with smaller but very stunning flowers.

When you go to the garden centers or order bulbs online, instead of perusing the big hybrids with fancy names like Tulipa Queen of Night (my favorite hybrid tulip, with nearly black petals), look for the smaller species tulips like Tulipa greigii, Tulipa kaufmanianna, or Tulipa turkestanica. In addition to critter resistance, another advantage of the species tulips is that they naturalize, or spread. By contrast, the hybrid tulips tend to, by nature of their breeding for short-term showiness, poop out after a couple of years.

Another selection I eschew is the aforementioned crocus (genus Crocus), at least the ones that bloom in the spring. They are bulb-like corms (underground plant stem sections swollen with stored food) that are culinary treats for many critters. However, there are fall-blooming crocus (genus Colchicum) that have bigger blooms and are much less vulnerable to predation, the bulb being toxic to the varmints’ digestive systems. They are bigger and showier than the little spring-blooming crocuses, and they come up in autumn to delight you when you’ve forgotten about them entirely. Partly you forget about them because they send up hosta-like leaves in early spring, then the leaves die back entirely in late spring, nothing happens in summer, then in fall the flower stalks come up, sans leaves (another common name for autumn crocus is “naked lady”). Those leafless flower stalks are quite striking. 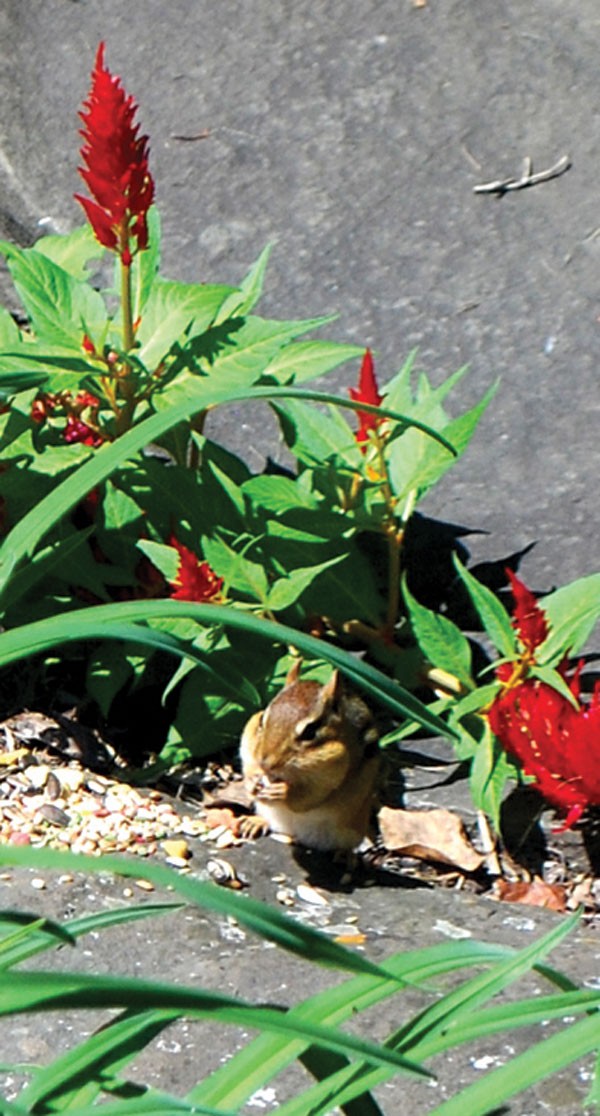 The Workhorse
The most damage my daffodils have ever sustained has been from my own shovel. It’s true that squirrels and chipmunks can’t resist playing in freshly dug soil, and in so doing they may unearth daffodil bulbs that one then finds lying around in the general vicinity (simply replant them). But critters must be desperately hungry to actually eat daffodils, which contain a toxic alkaloid.

Some people mistakenly associate daffodils with yellow and yellow only. Au contraire. The array of daffodils is truly stunning, from ruffly double whites to yellow with orange or apricot centers to white with pink or chartreuse centers. I love the mini ones like Tête-a-Tête that emerge very early in spring, the ones like Rip Van Winkle that look like crazy hair, and the heavy doubles like Manly that fall over under the weight of their extra petals.

There are daffodils with a single flower per stem, and daffs that have a cascade of flowers as in the variety called Avalanche. Some are fragrant. My favorite supplier is Brent and Becky’s in Virginia, with a catalog of hundreds of varieties of daffodils. But one can find many of these lovelies for sale in garden centers in the Hudson Valley.

Some daffodils are better naturalizers than others. The most exotic daffodil I ever bought was $5 per bulb. I can’t remember the name, but it was a light pink with a cup that was stuffed full of pink and white “petaloids.” It was gorgeous, but it didn’t come back after the second season. By contrast, the inexpensive mini Tête-a-Tête naturalizes like a champ. The secret to getting the most mileage out of your daffodil show is to plant early-, midseason-, and late-blooming daffs. If you plan carefully (and springtime isn’t too crazy warm), you can have nearly three months of daffodil show.

The Dependables
In addition to species tulips, fall crocuses, and daffodils, here’s the short list of critter-resistant bulbs I recommend to friends and clients looking to have some positive forays into bulb growing. Note the expression “critter-resistant” as opposed to “critter-proof.” There’s always the odd person whose “critter-resistant” bulbs have been inexplicably absconded with.

Winter aconites: 2- to 3-inch-tall yellow buttercup-like flowers above a skirt of green
Snowdrops: white flowers with green flecks in early spring
Squills/Scillas: cute little blue, white, or pink flowers in early spring
Alliums (ornamental onions): These are those lovely globes of purple (sometimes rose or white) on a sturdy stalk that you see in late May through early July. The globes are composed of hundreds of tiny florets. Ornamental onions are in the same genus as the onions we eat, and the critters don’t like the taste. The cultivar names are humorously boastful, too, like Gladiator, Purple Globe, Mount Everest, Globemaster, and Stratos. And don’t miss the one called, simply, Hair. It is not a pretty flower, but it’s a great conversation piece. 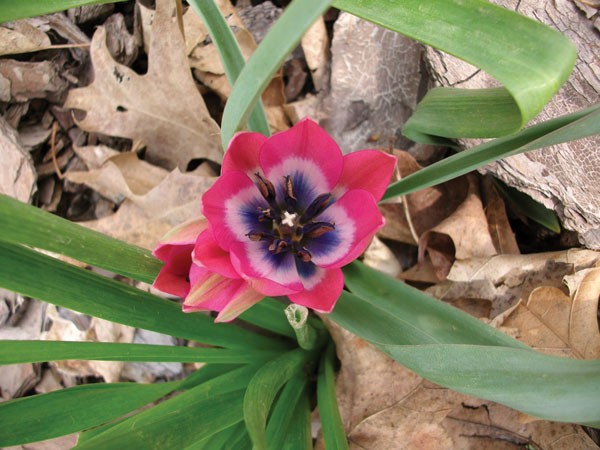