Dinner with a View at Dolly's Restaurant in Garrison 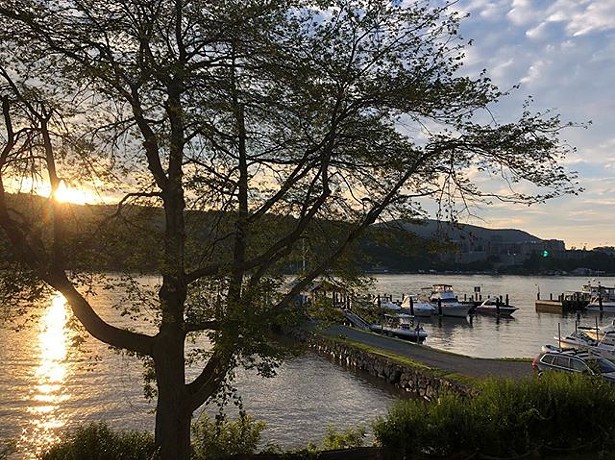 This year marks the 50th anniversary of the filming of Hello, Dolly! (featuring the young Barbara Streisand) in the lower Hudson Valley region throughout Garrison, Peekskill, Poughkeepsie, West Point, and Cold Spring.

Named for the film’s leading lady, Dolly’s Restaurant opened this past May, in the former location of the iconic Guinan’s Pub on Garrison Landing. The legendary Irish watering hole/deli/general store was a local favorite, but shuttered in January 2008 after a 49-year run.

Now after a decade, The Little Chapel on the River is getting a fresh lease on life under new owners Shelley Boris and Kimball Gell. They both fell in love with the spot and have tried to maintain the spirit of the community by creating a relaxed dining atmosphere with their own touch. Featuring eclectic, seasonal menus rooted in traditional dishes, Dolly’s Restaurant sources its produce directly from local farms, including Common Ground and Glynwood Farm, and also utilizes Farms2Tables—a website connecting Hudson Valley producers and restaurateurs. Other locally-sourced food items include cheese from Jasper Hill dairy farm in Vermont and meat from Autumn Harvest, as well as the Marbled Meat Shop—a Cold Spring butcher who makes their bacon and breakfast sausage from local pork.

It’s no wonder their sourcing is on point with the owners’ lengthy food industry resumes. “I began my career in the ’80s as a cheese buyer at Dean & Deluca and then went on to work in restaurants,” Boris says. When her children were young, she started a catering business, and then in 1993, she moved up to the Hudson Valley from New York City. Boris’s work experience includes opening restaurants at Garrison Golf Club, Highlands Country Club, and at Storm King Art Center. In 2004, she started Fresh Company with Kimball Gell. Currently, they both run food service at the Garrison Institute and have also co-authored a cookbook—Fresh Cooking Recipes from Garrison Institute. Dolly’s is their first independent restaurant.

White walls and black trim give the space a clean, minimalist vibe, which is illuminated by the west-facing bank of windows that overlooks the Hudson River. Wooden chairs and metal table tops add a modern twist. Outside, the riverfront bluestone patio offers an exquisite perch for a post-work cocktail and serene vantage point for the sunset over the Hudson. With Garrison’s Landing right there, if you’re feeling up for it, you can event boat dinner at Dolly’s.

The restaurant features chefs trained at the French Culinary Institute, the Culinary Institute of America, and other gastronomy programs throughout the northeast region. Kazumi Futagawa, a long-time chef who has worked closely with Boris developing recipes, adds a Japanese touch to the menu with dishes like haiga with sesame seeds, red shiso yukari, and aonori. The restaurant serves seasonal produce along with high-quality, shelf-stable ingredients. Menu items include falafel with hummus, fermented beets, harissa, yogurt sauce, and pita chips, as well as their special duck breast with a red wine sauce, rhubarb pickles, and fries with aioli. Dolly’s Restaurant also features house-made focaccia, prepared with a sourdough base. Many herbs and chiles used on the menu are grown in their own garden.

Open at 6:15am every weekday, Dolly’s is as much a place to grab your morning coffee and muffin as it is a place to go for a casual, delicious dinner. And as a tribute to Guinan’s longstanding Irish Night tradition, every other Thursday, the restaurant hosts “Music at Dolly’s: An Acoustic Sing-A-Long.” Music begins at 8:30pm and the gathering is held outside, weather permitting. 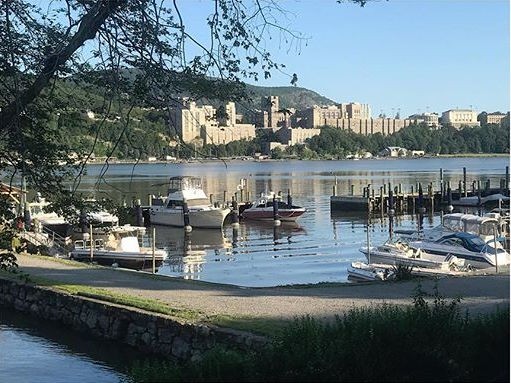