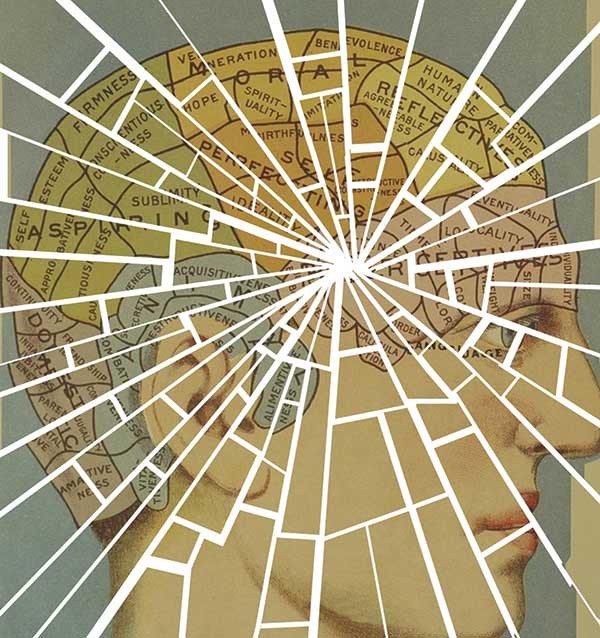 Last fall, Aaron Parker was doing carpentry on a job site when suddenly his right arm stopped working. It was a strange sensation, like a drill that had lost power, yet the tool that was failing him was his own body. Before he knew it, he hit the ground. Lying in a ditch with a concrete wall, he wanted to call out to his coworkers for help but he couldn't speak. The thoughts were there, yet the circuitry between mind and mouth had shorted out. "If I'd had time to be scared, I would have been," says Parker (not his real name). "I remember thinking, 'You're not going to die here—get up.'" He managed to slide himself up the wall and after about five minutes he started to get his voice back, but it was different. It came out like a bear's growl, roughly forming the words. Still, a coworker heard him and rushed over to help. A ride to the emergency room at Kingston Hospital ensued where tests confirmed that he'd had a stroke due to trauma to his left carotid artery. Parker was only 47. Ten days earlier, he recalled, he'd visited a chiropractor who had given him a forceful neck adjustment. Not long after this experience, he'd noticed that his left eye was droopy and tearing—a sign, he learned later, that a stroke was coming. A sign so subtle that he had missed it altogether.

A Younger Disease
The nation's third leading cause of death and the first leading cause of disability, stroke is not just a disease of the elderly—in fact, it is becoming less so every year. Statistics show that the mean age of stroke incidence is declining and is 69 (down from 71 in the mid-1990s). Stroke occurrence in people under 55 is on the rise at 19 percent. Partly, credit is due to increased stroke awareness, faster response time, and improved diagnosis, with better technology and sharper imaging. Some individuals can connect their stroke back to uncommon origins like an underlying blood clotting disorder, sleep apnea, oral contraceptive use in women, or, in the case of Parker, a particular trauma to the neck (even craning your neck to paint the ceiling or tipping your head back for a salon shampoo can cause injury). Yet in a great number of cases, our unhealthy lifestyle is to blame. Earlier onset of diseases like diabetes, obesity, high blood pressure, and high cholesterol may have a lot to do with the fact that nearly one-fourth of strokes occur in people under 65 these days. High blood pressure is the single most important risk factor for stroke, while the risk of ischemic stroke (or stroke due to arterial blockage) for smokers is double that of nonsmokers.

"I think we're seeing hypertension at a younger age," says Ramandeep Sahni, MD, assistant director of the stroke program at Westchester Medical Center. "Young patients always feel like they're healthy, and blood pressure is a silent killer." Recreational tobacco, alcohol, and drug use are also culprits in stroke for younger people, who perhaps feel more invulnerable than they should to health threats like stroke and heart disease. Unexpected "brain attacks" do happen, often when people are feeling fine—though younger patients tend to have milder strokes with less incidence of disability or death. Says Sahni, "Elderly patients do have the most severe strokes. The younger ones can have more subtle symptoms, and we actually do see them on their first stroke these days. Part of this has to do with the stroke centers implemented in the 1990s. Acute care for stroke has changed and now many patients are immediately brought to hospitals that are designated stroke centers instead of to the nearest ER."

Time Is Brain
Parker was lucky—two of his coworkers were volunteer firefighters and they knew that with stroke, as neurologists say, "Time is brain." The faster a medical team can treat a stroke, the more cerebral tissue they can save. With a police escort, one coworker drove Parker to the hospital, where doctors diagnosed a carotid dissection—the inner lining of the artery in his neck had peeled away, creating clots that blocked blood flow to the brain. A few hours later, he was transferred to Albany Medical Center, a designated stroke facility, where physicians threaded a stent into the ailing artery via an incision in his groin. "It was a very unnerving operation," says Parker. "I was awake and could feel the stent being placed right under my ear. I could hear it there." Following an intensive care unit stay of a few days, he was sent home with three or four blood thinners, including one to inject in his stomach twice a day. Yet six days later, he had another stroke—a bleeder. The stent had occluded. Back to the hospital he went, this time for three-and-a-half weeks. After some debate about bypass surgery, nonintervention was the decided route and he went home to recover. Fortunately, he suffered no permanent disability from the ordeal. Yet poststroke, he's not quite the same person. "I'm a little more jumpy, not as easygoing as I was," says Parker. "I can't focus as well as I used to. Everything is more intense."

Poem: I Had the Brain

A Poem: Poughkeepsie Is A Color You Do Not Understand