It seems most big rock festivals, especially those in America, are more concerned with turning a profit than turning audiences on to iconoclastic and forward-thinking music. Too many of these so-called “altruistic,” peace-and love-posing events are almost as populated with trinket vendors and corporate signage as they are with attendees. And after one has spent a few days blistering in the sun next to the porta-potty zone, it’s tempting to say, “Never again.” But all of this is not the case with the musically adventurous, British-born All Tomorrow’s Parties, which on September 3, 4, and 5 makes its third consecutive run at Kutsher’s Country Club in Monticello.

Last year’s main act at the sponsor-eschewing indoor festival, the commercially successful but still defiantly individual Flaming Lips, is about as close to the mainstream as the event’s US programming has gotten thus far; the Lips’ rags-to-riches credibility and championing of the underground made for a perfect conceptual fit. Founded by promoter Barry Hogan in 1999, ATP is for connoisseurs of influential and cutting-edge sounds, not the usual teeming festival fodder in search of a soundtrack for a post-hot-dogs-and-mosh-pit puke-fest. Sure, it’s a party—that’s right there in its Velvet Underground-derived moniker—but it’s a party for those who tend to think while they rock. And for sheer hipster-pleasing quality, diversity, and all-out rock action, this year’s lineup looks like the best yet.

As part of ATP’s Don’t Look Back segments, in which artists perform one of their classic albums in its entirety, the weekend opens on September 3 with a monolithic bang: Iggy and the Stooges playing Raw Power, Mudhoney revisiting Superfuzz Bigmuff (plus early singles), Sleep doing Holy Mountain, and influential Australian postpunk quartet the Scientists, who in their first-ever US appearance will present 1983’s Blood Red River. Among others, September 4’s bill boasts Sonic Youth, the Breeders, Tortoise, Shellac, Explosions in the Sky, and Hallogallo 2010 (featuring Neu!’s Michael Rother); the September 5 roster was handpicked by this year’s guest curator, filmmaker Jim Jarmusch, and stars Hope Sandoval and the Warm Inventions, the Wu Tang Clan’s Raekwon, Wooden Shjips, Fucked Up, the Vivian Girls, a collaboration by Sunn 0))) and Boris, and many more. Additional attractions include DJ sets, film screenings, tasty and healthful food choices, live comedy, and on-site bars and lounges. (At press time all of Kutsher’s guest rooms were booked; other local accommodations may still be available.)

“It’s always a pleasure to play on an ATP bill,” says Mudhoney front man Mark Arm, whose band is “especially psyched to be playing with both the Stooges and the Scientists. When I think about what’s gonna go down on September 3, I feel like my brain is either going to freeze or explode.”

Which is either a rabid endorsement or a not-to-be-missed bonus act. Or how about both? 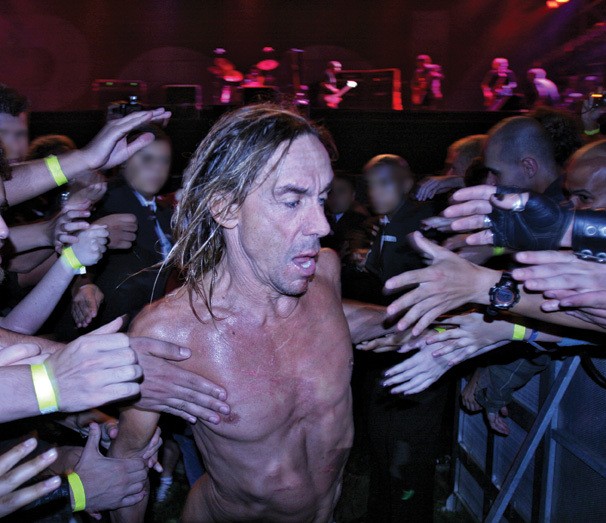