Now that Hollywood is essentially a subsidiary of Marvel Comics, independent films are more essential than ever. Human-sized dramas financed by 300 friends find their way to places like the Woodstock Film Festival, which returns this year October 2-6 to venues throughout the Hudson Valley.

Independent films have changed a lot since 2000, when the festival began, and the lineup reflects the shifting industry. This year, almost half (23) of the full-length works were directed by women, and many of the filmmakers are people of color. Here is a rundown of notable offerings at the festival.

In the past two decades, the Hudson Valley itself has also become a fertile ground for independent film. #Like, one of the locally made movies that will screen this year, tells the story of Rosie, a Woodstock teenager confronted by a male abuser. Writer and director Sarah Pirozek calls it a "feminist psychological thriller," and the website Film Threat gives it nine out of 10 stars. 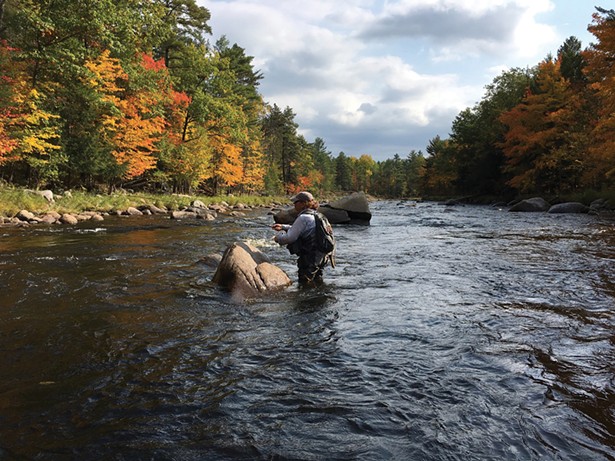 Land of Little Rivers is a documentary about fly-fishing in the "charmed circle of the Catskills," an area that includes six blue-ribbon trout streams. Director Aaron Weisblatt interviews angling addicts, one of whom admits, "Fly-fishing is the black hole that I've fallen into."

Honey Boy is the story of a child actor, written by Shia LaBeouf and based on his experiences on the ABC TV show "Even Stevens." LaBeouf, wearing a potbelly and a mullet, movingly portrays his own father, an abusive ex-rodeo clown and felon. "It was freeing," LaBeouf says of the experience.

The Remix: Hip Hop x Fashion investigates the invigorating contributions African American designers have made to our national couture. "Fashion can be political," remarks codirector Lisa Cortes. Ninety percent of the crew that worked on the film were women.

Parkland Rising, which has its world premiere at the festival, documents the survivors of the February 2018 school shooting in Parkland, Florida, which led to a national student-led movement for gun control. "I really felt compelled to do something; I couldn't get it out of my head," says director Cheryl Horner McDonough, a Florida native with three teenage children. David Hogg and his fellow activists inspired her: "They're smart, they're educated, they're focused, they're angry—and their friends died. They didn't have anything to lose." Parkland survivors will be present at the screening.

Another world premiere is Aengus James's documentary After the Murder of Albert Lima. Thirteen years after his father was murdered in Honduras, Paul Lima travels there to personally apprehend the killer. The live footage is vivid and gripping. 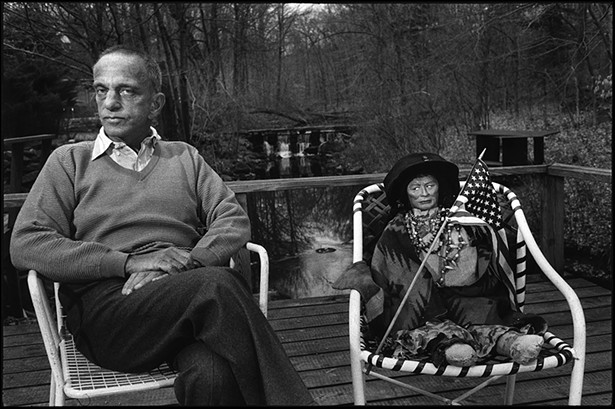 Bully. Coward. Victim. The Story of Roy Cohn is a biography of the repellent lawyer and right-wing ideologue who mentored our current president. The filmmaker, Ivy Meeropol, is the granddaughter of Ethel and Julius Rosenberg, who were persecuted by Cohn and put to death.

To celebrate its 20th anniversary, the festival offers a retrospective screening of the award-winning Personal Velocity: Three Portraits (2002), directed by Rebecca Miller (daughter of Arthur Miller and wife of Daniel Day Lewis). Based on short stories by Miller, the film focuses on three women facing life-defining crises.

"I always like to spotlight the films that don't have the stars," remarks Meira Blaustein, founder and director of the festival. "They are the sleepers. More often than not, those are the ones that win awards, that people talk about."

My technique is to go to the festival on a day I'm free and see whatever film is playing that afternoon. Surprise yourself! And ask the sweet-tempered volunteers who work at the festival; they usually know which movies are "hot."

In addition to the nearly 50 screenings that will take place over October 2-6, the festival will include five panel discussions and an intimate conversation with actor Matt Dillon. The awards ceremony will be held October 5 at BSP Kingston.