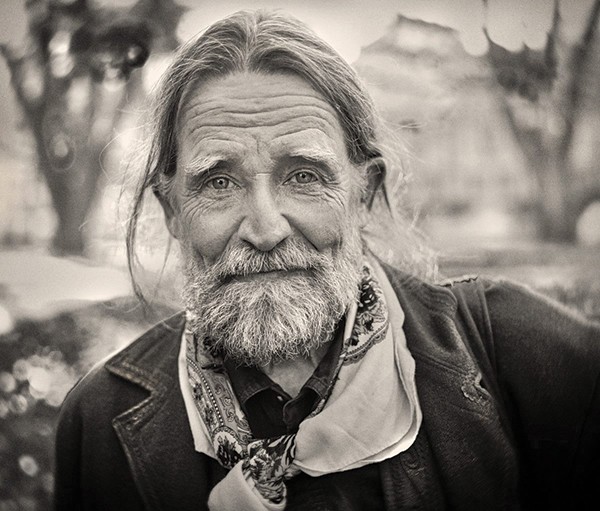 In a death-phobic culture where 80 percent of every health-care dollar is spent at the end of our lives on measures that essentially put us out of our misery before we actually die, the opportunity to do so with dignity and awareness is sorely missing. So says author/teacher/farmer Stephen Jenkinson, whose book, Die Wise: A Manifesto for Sanity and Soul, calls for a shift in the language we employ when we talk about death, and for a more honest approach to palliative care for the dying. The former program director of a major Canadian hospital, medical school assistant professor, and consultant to palliative care and hospice organizations holds master's degrees from Harvard University and the University of Toronto. With 15 years in what he refers to as the "death trade," Jenkinson speaks in startling terms about how unprepared we are to confront the act of dying, either for a loved one or for ourselves.

Jenkinson will be in Kingston on June 3 and 4 for a number of events sponsored by Circle of Friends for the Dying. Griefwalker, a documentary focusing on Jenkinson's work with dying people, will be screened on Friday at 7 p.m. at HealthAlliance Hospital. A daylong workshop based on Die Wise will run from 9:30 a.m. to 3:30 p.m. on Saturday in the same location. (845) 802-0970.

Talk about how you got involved with palliative care of dying patients.

My understanding was I was there to help people die. The general enterprise was how can we be complicit in dying peoples' intent not to die at all? I realized if I was going to do anything I could believe in, I'd have to assign myself a task that no one—dying people included—was asking of me, which was not to help them die, which they had no intention of doing, but to get them to die. To help people die in a death-phobic culture is a nonstarter. What was useful and compassionate in the circumstance was loaded in the direction of half-spoken subterfuge and euphemism. All of the collusion with the refusal to die happens on the tongue. Virtually no one in the palliative care field has any training in speaking about dying to people who are.

How do people become qualified to "get someone to die"? We're not trained to be responsible in that way for each other.

Did you say "faithful" or "fateful"?

Either word applies. My understanding of fate is: human freedom. Surely how you die must be an exercise in human freedom, not just something that will inevitably occur regardless. [Freedom] to reconsider and reassign meaning to things which themselves do not change. So, if you're waiting for the circumstance to change in order to choose differently, to behave or feel differently, you will wait in vain.

On the other hand, if, as you are dying, you craft a meaning of your dying that leaves out the repertoire of fight or flight after a "long and courageous battle," then you don't come to the end of your days as some collapse of lifestyle options rightfully available to you. You come to it as a privilege of sorts in that you haven't died suddenly. You actually get the opportunity to have your dying be the deepest incarnation of what you meant in the course of your days.

What about sudden death?

What you're talking about has to emerge from a huge paradigm shift in the way we define meaning in our lives. What is sudden about dying? Of course there's such a thing as a car accident.... But as a sentient being, one of your entitlements is that you get to proceed in your days not sheltered from the fact that they will end. Sudden death is a consequence of the unwillingness to know this. If you are sheltered, especially linguistically, from the idea that dying is what you do, not what happens to you, then your dying becomes more like an executioner's visitation that you either submit to or fight to the bitter end. [My occupation is] to be troubled aloud in a way that's informed, that doesn't pitch from feeling tone to feeling tone with opinions and attitudes; I proceed in the presence of that. There's nothing to wait for, no more opportune moment to consider these things than this one right now.

What is the greatest challenge in learning to die wise?

The conspiracy to keep people away from reality is fundamentally a linguistic one. How many euphemisms can you think of for the verb "to die" or the adjective "dead"? None are legitimate for the realities of dying. "I lost my father last year to cancer" means that's what you did to your father because he died. This is not me riffing on the language; it's what the language actually means. We deepen the unwillingness to know these things every time we exercise discretion. As a consequence of gentility and obfuscation, you come to your dying as a rank amateur.

I've been introduced as the author of the book Die Wisely. Grammatically, "wisely" refers to your manner of dying. "Wise" refers to you, the dying person. People die much in the way that they live. How does one "die wise"? The question is: When should you start? You die wise as the consequence of the deep pursuit of wisdom, not by staying away from it.