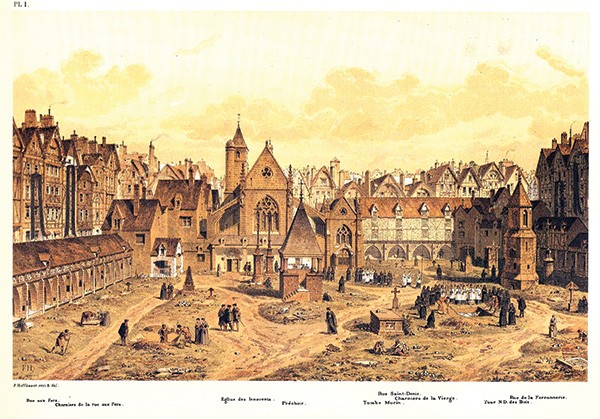 At a Death Café, small groups of people sit together and engage in casual conversation on the subject of dying—and drink coffee and eat cake. They speak of their own experiences, their fears, their wishes. They voice concerns and ask questions. They get comfortable with terms regarding the end of life. They speak of that which is discouraged in most situations—our very certain mortality.

The Death Café movement started in Europe with the expressed purpose of opening up a meaningful exchange that would "increase awareness of death with a view to helping people make the most of their lives." In a culture hell-bent on prolonging life by whatever means available, we are not accustomed to talking candidly about dying. Death means failure to thrive. We failed to eat the right foods and supplements, to get timely medical treatment, to keep ourselves safe from mortal harm. But how do we square death-as-failure with the fact that everybody dies eventually?

"We're all terminal cases," says Barbara Sarah, co-founder with Elise Lark, Laurie Schwartz, and Kevin Kraft of Circle of Friends for the Dying (CFD), a nonprofit chartered to have a home in Ulster County where people with less than three months to live can reside under hospice care. Sarah calls death the proverbial elephant in the room. We all know we're fated to die, but tend to live in denial or ignore the inevitability as long as possible.

In her research into holistic, round-the-clock, palliative care for terminally ill people, Lark notes the shift in society's perceptions of death—the point at which hospitals became "modern institutions to conveniently host the modern death, characterized as protracted, heroic, and technological." Concurrently, as death was taken over by the medical establishment, it was hidden from the commons—the community—and made invisible to everyday consideration.

Lark asks, "Is there a relationship between a good place to die [care setting] and a good death [quality of death]?" In bringing the subject to the literal table for frank and friendly discussion at Death Cafés, CFD hopes to reach out into the local community to raise awareness of current options and garner support for this new possibility—the creation of a community-run, end-of-life care home where the ordinary is allowed to unfold and death is not an emergency.

Since last August, CFD has hosted monthly Death Cafés around the region to provide a safe, relaxed setting for anyone interested in exploring issues around dying and death to do so. Typically, 35 to 65 people have attended each event, indicating a need we humans have to talk about things too often left unsaid. Discussions have included information about green burial and other funeral options, religious traditions and spiritual beliefs about dying, do-not-resuscitate and advanced-care directives—any aspect of one's final scene in the play of life might be brought to the table. No one gets to proselytize or sell their own point of view. Everyone gets a chance to speak out. Life and death are celebrated—and cake is always served.

Death Café will be held at Sky Lake Lodge in Rosendale on Sunday, April 27, from 5 to 7 pm. Admission is free; donations to support future Death Cafés are appreciated. Registration is recommended at deathcafeulstercounty@gmail.com, or call (845) 802-0970, or visit Circle of Friends for the Dying on Facebook and post your name. Deathcafe.com.