David Siever's Historical Dioramas Offer a Rare Window into the Past

"Growing up, I played with Star Wars toys and GI Joe figures. I had the iconic D-Day GI Joe," says sculptor David Siever. "As I grew up and got older, I wondered, 'Where are my Spanish American War GI Joes? Where's the Mexican-American War GI Joes? Where are these narratives in history that are not the dominant narrative? What has been swept under the rug?'" Thus began Siever's journey from SUNY Purchase history major to graduate school at the Art Institute of Chicago and later, to create his own series of historical dioramas, or as Siever terms them "narrative dollhouse room-boxed vignettes." "I realized that I could just make my own toys," says Siever. "I call them 'inaction' figures. They're not really action figures, as they can't move." (All the figures in Siever's pieces are painted white, their lack of color a metaphor for their place among the ashes of history.)

Siever, the resident artist at the Crown Heights Library, employs history as an instrument of discovery, bringing history's footnotes to life in his work, whether it's the story of conjoined twins Chang and Eng's marital relations, an early failed ascent of Mt. Everest, or the assassination of William McKinley.

One historical event that caught Siever's attention was the Mexican-American War (1846-1848). Some things to know about the Mexican-American War: Mexico lost nearly half its territory as a result of its defeat in that conflict; it's the only major war in US history without a monument in DC; 13 years after the war ended, the start of the Civil War eclipsed the conflict, relegating it to the dustbin of history. "It's been sort of forgotten on two sides," says Siever. "Mexico chooses not to remember what is pretty much their greatest defeat. America chooses not to focus on a war, not unlike Iraq, that started with a presidential lie."

For To Arms! To Arms!, Siever researched letters home from American soldiers, filled with accounts of malaria and horrific injuries, like the retired soldier drinking in the foreground. On the back wall of the bare soldier's room is a reproduction of an actual Mexican-American War recruitment poster used by the US government. It reads: "To Arms! To Arms! Wanted: Men for Mexico." It's the only thing in the room with two arms.

"David Siever: Tiny Tragedies," a collection of the artist's narrative dollhouse room-boxed vignettes, is on display at Barrett Art Center in Poughkeepsie through May 18. 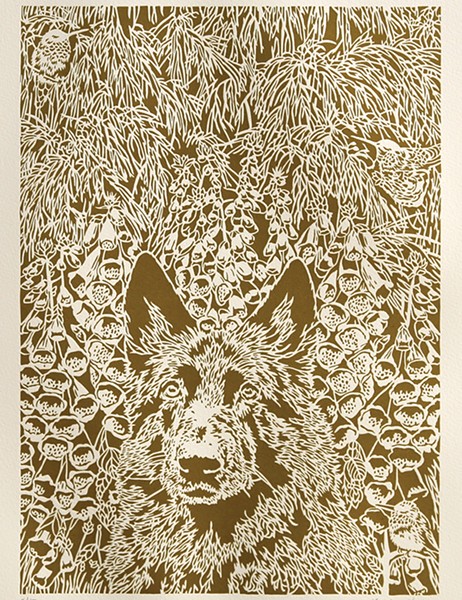