David Bowie: Memoir of When Sex Was for Fun 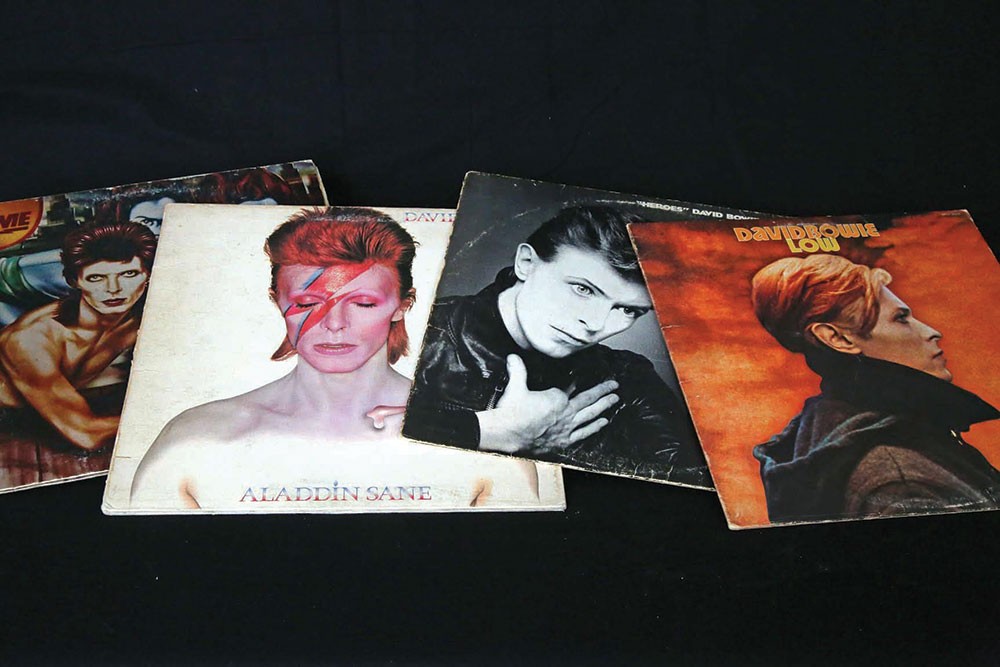 For a few weeks now, we've had the opportunity to grieve the loss of David Bowie, one of those rockers who seemed for all the world like a personal friend—and like someone destined to live forever. For me, that has meant appreciating what I learned from someone I consider one of my most significant teachers of life and art.

And of sex. David Bowie had so blended into the landscape of culture that we forget when this gender-morphing, bisexual, polyamorous, potentially extraterrestrial glam rock star was shocking to the sensibilities of the Western world. I am sure when encountering so much as a photo of this seemingly bizarre weirdo, a good few people were assured that the end was near. They were right.

Among the many things we can thank David Bowie for was taking his hammer and chisel to the concept of normal. When he was done, it had (at least for the moment) been sculpted down to size, the better to clear space for everyone else. If Jane's Addiction got to make hay out the idea that nothing's shocking, they have plenty to thank Bowie for, as does nearly every artist who knew about his work.

Every kid who has ever dared to be different does as well, even though they may be hearing about him for the first time now that he's gone. Bowie was a bold advocate for young people getting to be who they actually are, and to actually live our lives.

As for those walking dead adults he's referencing, he had earlier cautioned them in "Changes": "And these children that you spit on as they try to change their worlds / They're immune to your consultations / They're quite aware of what they're going through."

He knew just how to use his shock value for humor, style, beauty, fashion, and art. Yet that was not the point. The point was advocating the right to exist. That, above all else, is why David Bowie was our friend. Standing up for young people, who are bestowed with exceedingly little power in our society, he became a reference point of trust and of respect for kids who felt the most outcast.

The first recorded interview we have with him is from BBC in 1964, when at age 17 he was heading up the Society for the Prevention of Cruelty to Long Haired Men. I'm not kidding. Somehow he got on TV with that, politely demanding an end to the insults and accusations that the world was projecting onto guys who liked to grow their hair.

We forget, here in the days of the LGBT movement demanding transgender bathrooms in McDonald's, that not long ago men could be beaten and arrested for wearing clothing considered inappropriate for their sex.

We forget that people much braver than today's activists had to clear those brambles and build that long road. There was a time when coming out, or being found out, was not a point of pride like it is in so many families today. When he said, "You got your mother in a whirl / she's not sure if you're a boy or a girl," that was actually liberating.

Today his early work is a time capsule from the days when sex was for fun, rebellion, and creative expression. He is a reminder that those days in fact existed and that we can find our way to such a place again. What seems to be progress (mostly for the LGBT movement) has not been progress in all ways, or for everyone. Today, society seems to have sexually polarized in three directions: monoculture, hookup culture, and rape culture.

The vast experiment that was queer has been rendered solemn and homely, clad in white gowns and tuxedos without the slightest hint of irony. Marriage, hospital visitation, and death benefits have been sanctified by the Supreme Court not just as a right under equal protection but a rarified fundamental right—as they well should be.

Book Review: Daniel Mendelsohn | An Odyssey: A Father, a Son and an Epic