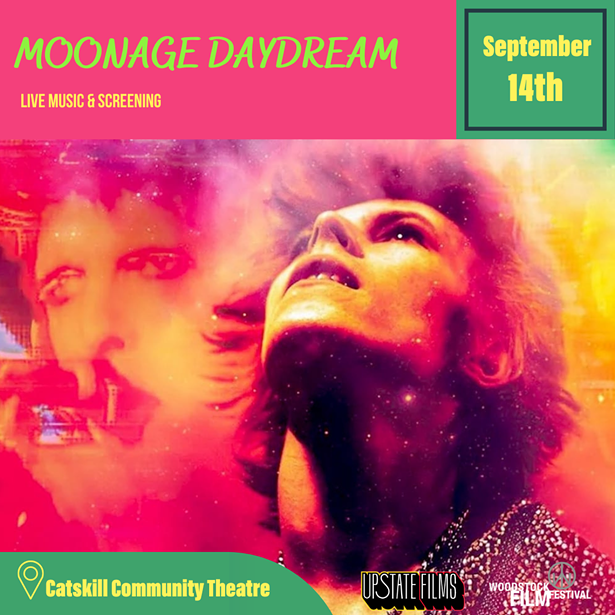 On September 14, the Woodstock Film Festival and Upstate Films will copresent a screening of Moonage Daydream, a new documentary about David Bowie, along with live music by Stephen Bluhm, at the Catskill Community Theatre.


Local singer-songwriter Stephen Bluhm will perform a half-hour set prior to the screening. Bluhm’s Bowie-/Smiths-influenced sounds should complement the program well, and his set will likely include some material from his upcoming chamber pop album.

The showing of Moonage Daydream with an opening live performance by Stephen Bluhm will take place at the Catskill Community Theatre in Catskill on September 14 at 6:30pm. Tickets are $11 for adults (seniors/students are $9; kids under 16 and Upstate Films members are $7). See the Woodstock Film Festival and Upstate Films websites for tickets and details.