Everyone has an urge to save a drowning woman—but some women don’t wish to be saved. Laurence Demaison is one of them. Dozens of times, she has “drowned” herself, for the cause of art. “Autoportraits,” a show of Demaison’s photographs, will appear at the Galerie BMG in Woodstock, beginning May 22.

Demaison is a self-taught photographer. All her work is black-and-white, taken with a Contax 645. She appears in each picture (but not very recognizably). There is no digital process. It’s all real film; nothing is Photoshopped. Demaison achieves her effects through reflections on water and glossy black paper. She develops the film herself.

Originally, Demaison worked with a model, but she eventually began taking photos only of herself, partly to limit expenses. “She doesn’t feel that they’re self-portraits at all,” notes Bernard Gerson, director of Galerie BMG. “They’re not about her. She’s using the reflecting and distorting qualities of the water or the glossy paper to make phantoms, ghosts of herself. She disappears from the image.” Demaison built a glass tank, the size of a coffin, to lie in while modeling for her photos. This human aquarium exploits the refractions of water.

Demaison typically writes her life story with startling brevity, on her website:
Born in 1965
1984-88 Strasbourg School of Architecture
1990 First experiments with photography
1993 First self-portraits
Living in Strasbourg with the photographer Patrick Bailly-Maître-Grand

Thus her entire life becomes an elusive five-line poem. Demaison has always lived in Strasbourg, France, and dislikes travel. She told Gerson immediately that she would not visit Woodstock, although this is her first show in the United States. In fact, Demaison rarely visits her Parisian gallery.

A woman’s body is a prison. She is at the mercy of all men’s eyes. All day, she must calculate how pretty she is, and why. Every female knows exactly how wide her hips are, how long her arms. Demaison attempts to escape from the female prison, to dissolve the self, or to shatter it. She covers her face with string, bends her leg so that she resembles an amputee. In one elegant photo, Demaison plunges her head into a bowl of water.

The Indian saint Ramana Maharshi achieved enlightenment by asking “Who am I?” over and over. Demaison asks the same question, but not in words. Meanwhile, her body changes and ages. Her photographs become a journal of inquiry.

Gerson first saw Demaison’s work at the yearly Association of International Photography Dealers show in 2008. He was immediately impressed by her originality. Last June, Gerson and his wife Judi journeyed to Strasbourg to visit Demaison. Though they had seen dozens of her photos, they didn’t recognize the photographer when she met them at the railroad station. “She carried a copy of her book; that’s the only way we were able to pick her out,” Gerson explained. Demaison had successfully erased her visual identity.

Gerson visited the artist’s studio, which is in her house. He was surprised that she collects the same sort of objects he does: drinking glasses and bottles. “There must have been 40 clock faces just in the bathroom!” he said. (Gerson himself collects clocks.) 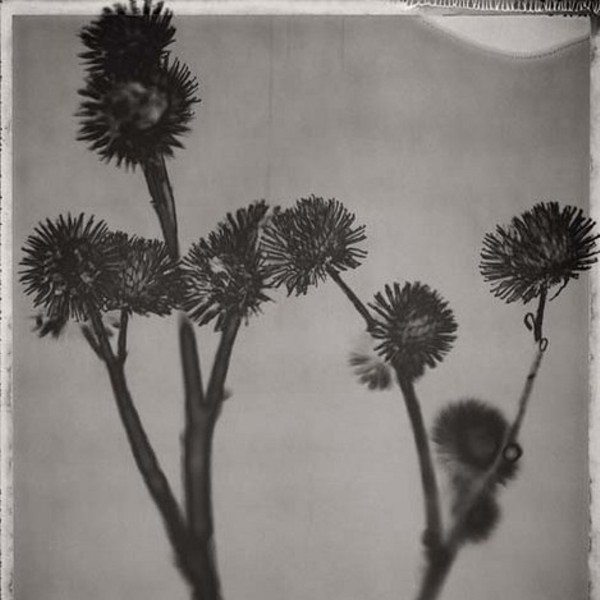