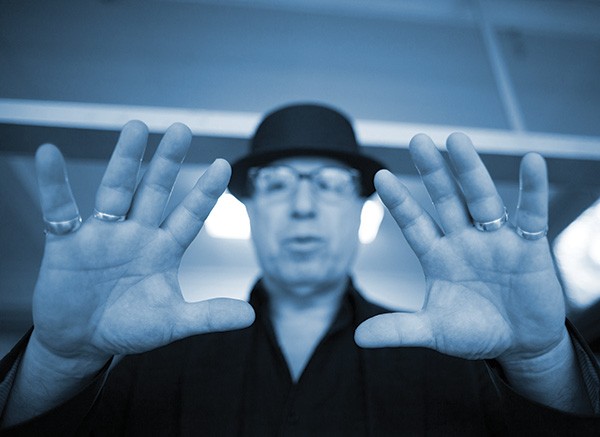 Sage Newkirk grew up Presbyterian and "casually went to church here and there." Her husband, Joseph Newkirk, was never a churchgoer. "We're not very religious," Newkirk says.

When the Kingston residents became parents, they knew a traditional baptism or christening would not reflect their own values and beliefs, but they still desired to welcome their son, Garrett (now age 7), and daughter, Mackenzie (now age 2), into the world in a special way. "We wanted a gathering of family and friends to honor our children," Newkirk says. "We had people in mind that we wanted to mark as their godparents, to be deeply involved in their lives."

The Newkirks found Jeanne Stark of Hudson Valley Ceremonies by searching online. Stark, an ordained wedding officiant, also performs baby blessings. "She did a custom ceremony for us right in our living room," Newkirk says.

The parents picked and chose the elements they liked best from a handful of sample ceremonies. Stark also asked them questions about their families. The resulting baby blessings featured godparents, the honoring of grandparents and great-grandparents, the lighting of candles, and anointing the babies with water—elements of a more traditional religious ceremony performed in a secular way.

Like the Newkirks, a growing number of parents—who are religiously unaffiliated or have a blended cultural/religious household—might shy away from a more traditional baptism (Christian) or bris (Jewish circumcision ceremony for eight-day-old boys), but still want to commemorate their children's birth before a group of family and friends. They are turning to nondenominational officiants for baby blessings, naming ceremonies, spiritual welcoming ceremonies, and baby dedication ceremonies.

"Having children makes people care more about deep issues," says Christopher White, associate professor of Religion in America at Vassar College. "It's a sacred, profound, powerful thing, whatever you call yourself religiously." If there is an uptick in such celebrations, they can be linked in part to the increase of Americans who describe themselves as spiritual rather than religious, White says. "It's the rise of the so-called religious 'Nones'—those that say, 'I am not a member of any religious community,'" he says. "What those people believe is another story."

One-fifth of the US public—and a third of adults under 30—are religiously unaffiliated today. However, a 2012 survey by the Pew Research Center's Religion & Public Life Project, conducted jointly with PBS's "Religion & Ethics NewsWeekly," found that many of the country's 46 million unaffiliated adults still connect to the religious or spiritual in some way.