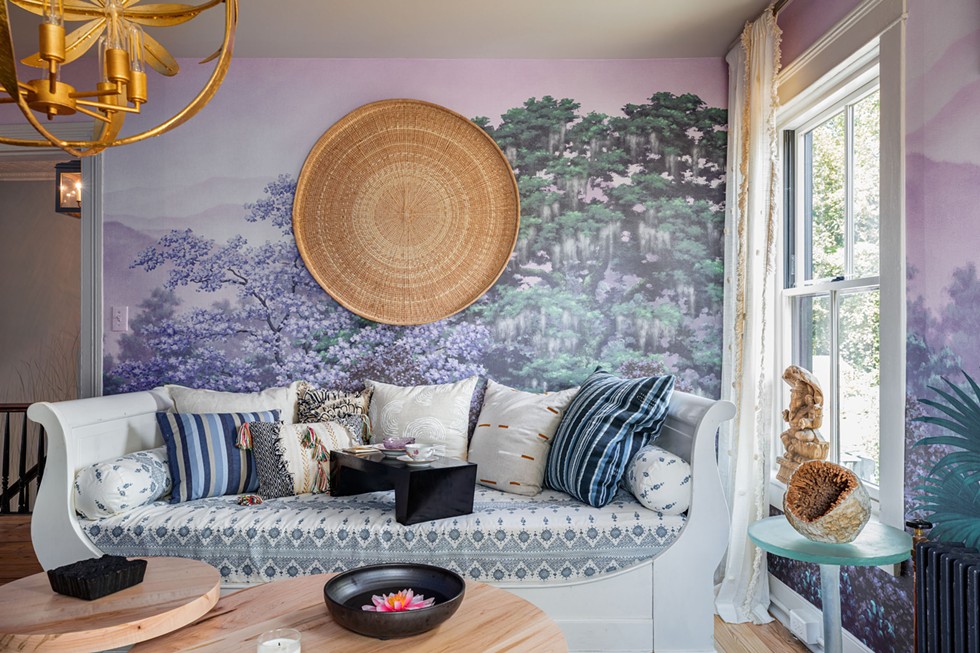 Creativity abounds in the Hudson Valley, but making connections is not always simple. “[When] I moved up here in 2016, I was looking to connect with other designers and makers and folks who do design builds, and it was just really hard for me to connect with people,” says Maryline Damour, interior designer at Damour Drake. “It turned out that a lot of people were in that same situation, people who had lived here for a long time, or people who had just moved here. A lot of people did not have a network of folks in that industry.”

Damour took it upon herself to change that. After spending a year visiting design events and meeting other creative professionals, Damour founded Kingston Design Connection. The primary activity of the organization is the annual Kingston Design Showhouse, an event dedicated to design and construction in the Hudson Valley, which returns October 8-24. 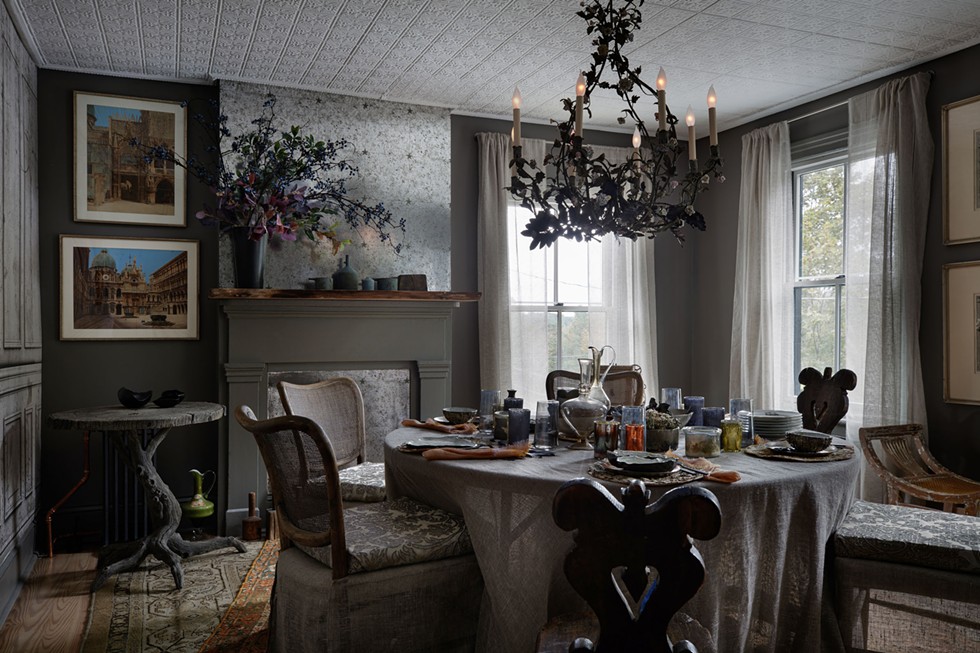 Now in its fourth year, the showhouse has become an integral venue for highlighting and developing collaborations between local designers and makers, as well as showcasing the distinctive architectural vibrancy of Kingston. Every year since 2018, creatives from the region and beyond—interior designers, contractors, landscape architects, artisans, and artists—have come together to remodel a Kingston home. Each designer is given wide latitude to remake a specific space, and collectively they ultimately transform the properties into beautiful living spaces that are also artistic installations.


By “building community through design”—the stated goal of the Kingston Design Connection—the showhouse serves as a vital link within the regional design industry. “I started it specifically for economic development reasons, as a mechanism for designers and makers and artists and contractors to connect,” Damour says. “The more we know each other, the more we can hire each other and support local businesses.” For Damour, allowing creatives and craftspeople to network and secure contracting and design jobs—while simultaneously inspiring local homeowners—has been a principal focus and achievement of the showhouse.

This local dimension has extended beyond purely creative collaborations: the showhouse has annually partnered with and donated proceeds to area nonprofits—including Hudson Valley Senior Residence, Family of Woodstock, and People's Place, among others—as a means of giving back to the communities in which they take place. This year, KDC is taking that a step further with a novel collaboration: the home to be exhibited was initially acquired and renovated by the Kingston City Land Bank (KCLB), a nonprofit that works to restore vacant and distressed homes in the city and affordably return them to the community at affordable rates. This year’s home will ultimately be sold as affordable housing below market value, in line with the KCLB’s mission. 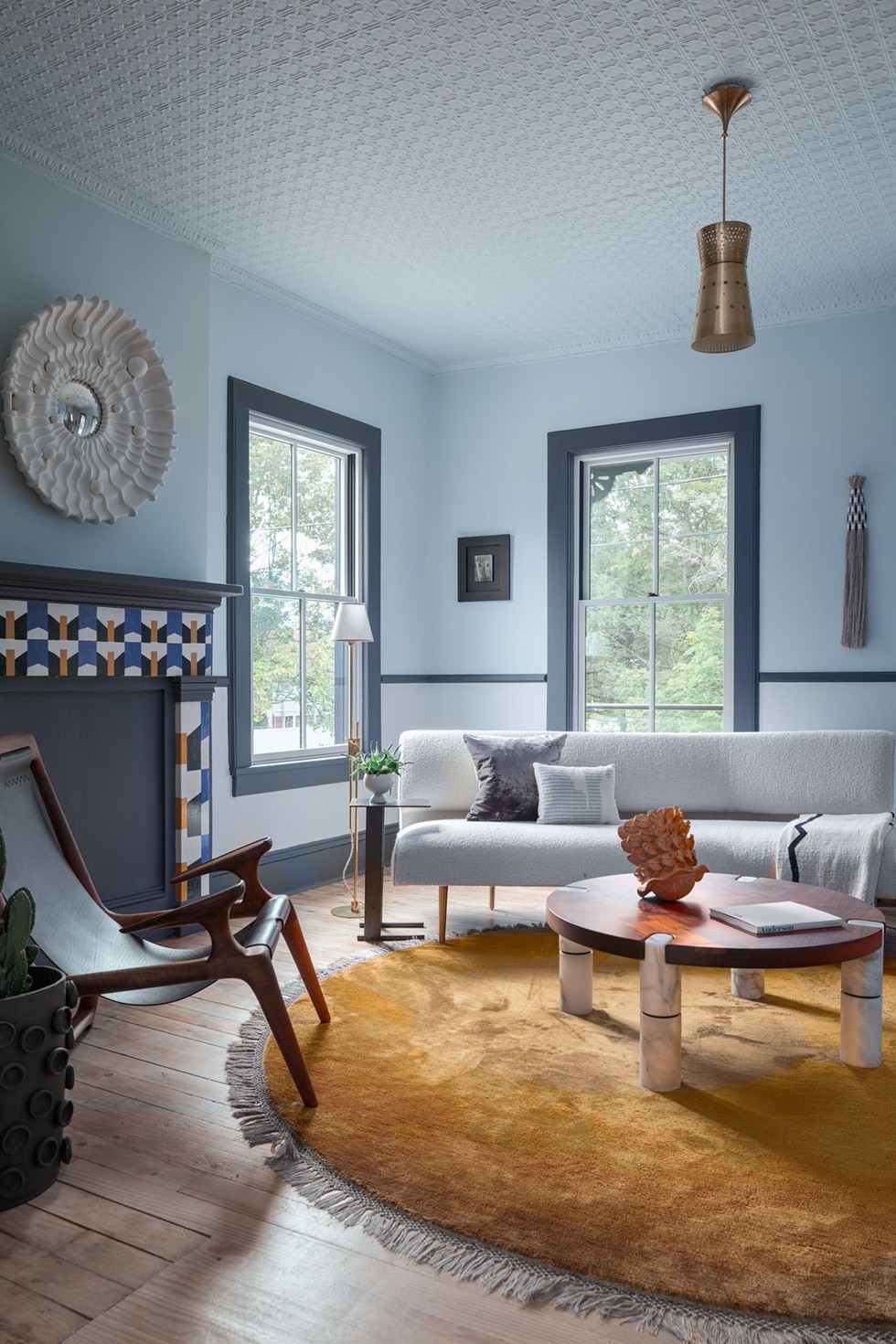 This collaboration is in many ways a natural outgrowth of the Kingston Design Connection’s mission. “The land bank, to me, was continuing the community development and economic development focus of our organization,” says Damour. “It’s just kind of extending our goal.”

Daniel Kanter, a local designer and board chair of the KCLB, concurs. “It felt like a very natural partnership to work with a local design collaborative that brings in so much local talent,” he says. This particular partnership has been especially beneficial for both organizations: the KCLB has been able to focus resources on other projects, leaving the interior finishing to the 2021 slate of designers, while KDC has been granted an essentially blank canvas on which to create and exhibit designs.

This year’s showhouse, at 174 Hasbrouck Avenue, is a roughly 1,300-square-foot, two-story brick side hall Victorian located in midtown Kingston, originally built in the late 1800s. The initial renovations completed by the KCLB were extensive and included major structural work: rebuilding the front porch and restoring the original balustrade; stabilization work including new piers, footings, support posts, and beam in the basement; and a concrete pour to strengthen the foundation. KCLB also did extensive interior work, including reworking the original floor plan; upgrading the electric, plumbing, and heating; refinishing of the home’s original hardwood floors; replacing windows in the historic double-hung style; and repairing the interior plastering.

This overhaul has ultimately resulted in a shell to be finished by the showhouse’s participating designers, whose work will be on display from October 8 through 24. (Tickets can be purchased here.) The home’s kitchen and two bathrooms were complete custom build-outs guided by KDS designers, from cabinetry and appliances to fixtures, lighting, tile, and decor. In the rest of the house, designers worked their magic on the home’s bedrooms, living room, dining room, an “Anywhere but Here” Lounge, and a “Scrabble Room”—and outdoors, the yard got a full landscape design with a custom structure in the garden. 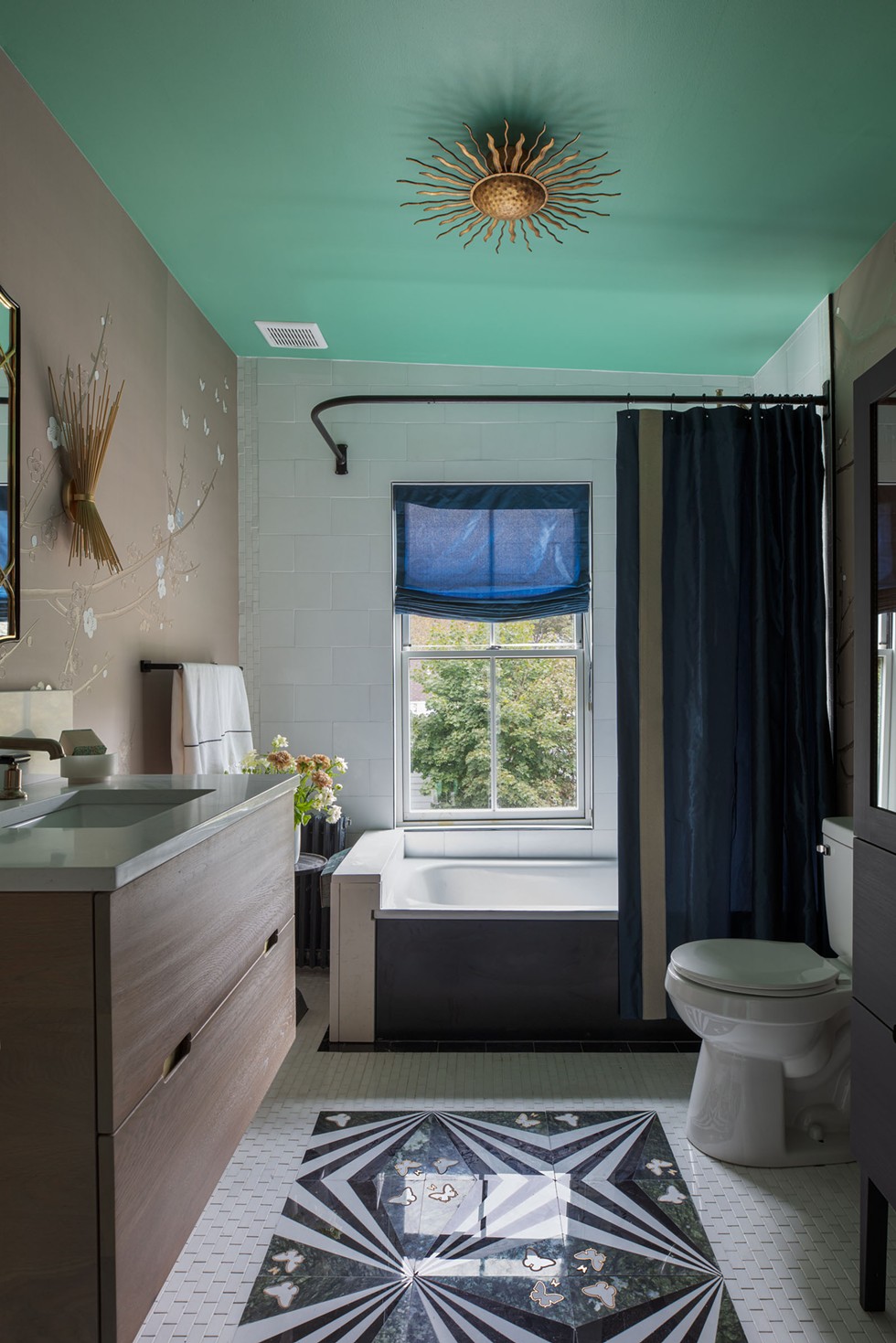 While the designers do not all hail from the Hudson Valley, a connection will invariably be present. “I’ve only ever had one design brief: Every designer has to showcase an upstate maker in a very specific way,” says Damour, who will also be taking over one of the home’s spaces. “It’s an opportunity for the designer and the maker, or the artist, to actually partner—it makes a relationship, as opposed to just borrowing something from somebody.” Damour mentions her own collaborations in this year’s showhouse with Anna Svoboda-Stel of Germantown Laundromat, who created a custom daybed cover and bolsters, and Hudson Valley-based Eric Archer, who contributed painted woodcarvings. Other designers collaborate with Beacon- and New York City-based Robin Rice Gallery to curate artwork for their spaces, including the powder room and the living room.

The backdrop to the showhouse’s collaboration with the KCLB is the worsening citywide and regional housing crisis. According to the Ulster County Board of Realtors, the average home price in Ulster County increased 44 percent from January 2020 to January 2021, a trend that shows no immediate signs of abating within Kingston or the broader Hudson Valley. While design is not typically associated with affordable housing, both Damour and Kanter see strengthening the link as essential.

“Designers have expressed the desire to do work like this, [but] they just don’t really ever have a venue to do it,” Kanter says of the distinctive collaboration. “Design is not a thing that’s reserved for the rich, it’s something that is available to everybody depending on their skill level and desire to do it and access to the ideas and inspiration and know-how to make their spaces their own.”


“Showhouses tend to be very aspirational,” adds Damour, pointing out that they are usually sited in large houses and mansions. “This year, as well as the first year, we chose a very middle-income house in a middle-income area in Kingston, a smaller home. The idea is always to make sure this is inclusive—by the kind of house and by the kind of neighborhood that we pick, and then also to make sure this is inclusive of the people that we accept as participants.”

Both Kanter and Damour express hope that this type of connection—between a hyper-local land bank and the broader design community—can serve as a template for future collaborations, both locally and nationally. “Housing is a particular issue in Kingston but it’s an issue, period, around the country,” says Damour. “I would love to see this become a model for how land banks can think creatively about how to work on providing housing for people.”


Kanter feels similarly. “It’s a cool opportunity to try a model that, to my knowledge, has never been done elsewhere, of showing that you can integrate local good design with projects like this, that typically do not benefit the kind of population of folks that our organization serves,” he says. “We just thought that it was a really exciting and new way to do this work, and one that is potentially replicable elsewhere. It’s a big experiment to see if and how this can work.”

At the Design Table: A Zoom Conversation