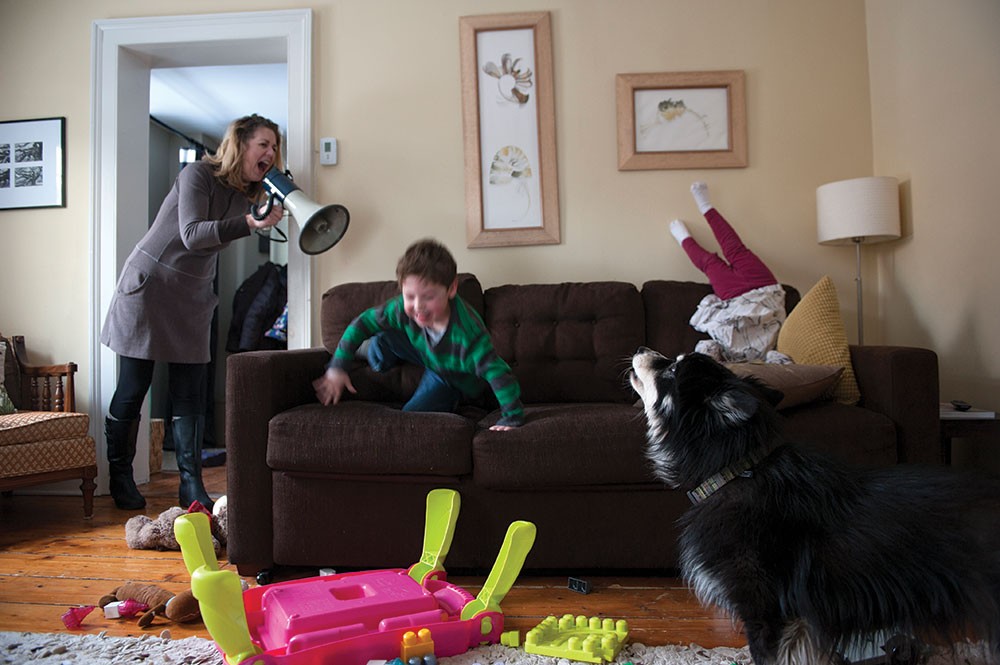 As the well-raised daughter of a parenting expert, Joanna Faber felt confident about her own parenting skills—until she had kids. Then she decided to go incognito among friends about the fact that her mother, Adele Faber, co authored the classic best sellers Siblings without Rivalry and How to Talk So Kids Will Listen & Listen So Kids Will Talk, among others. Upon discovery of the truth, a friend invited Joanna Faber to speak about her mother's work, and Faber felt the pressure of the "parenting expert" label. However, as the talk drew nearer, Faber realized that she didn't have to be a perfect parent; she could just share the skills she used every day to parent her three boys. That's when she began to walk in her mother's footsteps.

Faber has contributed heavily to her mother's award-winning book, How to Talk So Kids Can Learn, drawing upon her experience as a bilingual special education teacher in a New York City public school. Her own book, How to Talk So LITTLE Kids Will Listen, builds upon her mother's work. Faber lectures and hosts workshops on parenting and education around her home in the Hudson Valley, as well as across the country.

I recently caught up with Faber to get the inside scoop on what it takes to create an intentional, loving, and disciplined family culture when there are little kids around.

How did the experience of growing up with a parenting expert mom affect you?

It's pretty wonderful to grow up in a family where feelings are respected, emotions are accepted. If we had a conflict, my parents would turn to problem solving instead of punishment. To me, that was the norm. My mother's mentor, Dr. Haim Ginott, used to say to the parents he taught, "For you, this will always be a second language. You will always speak with an accent. But for your children, it will be their native tongue.

We deliberately wanted our book's title to echo my mother's work because that's our foundation, and we hope that we've built even more on that with the chapter on kids who are wired differently, and by having chapters on specific challenges. We find that people need specific examples and stories. They may know the theory: accept feelings, give choices, encourage autonomy. But it's hard to translate theory into action when you're under pressure. You've got to get a kid into the car seat, get those shoes on, stop him from pinching the baby.

There's a wonderful tone in your book that's both humorous and relatable. You write, "There's a certain 24-hours-a-day relentlessness to caring for young children that makes it hard to think straight." And you point out that parents have the opportunity to relive certain scenarios—often several hundred times.

And we can practice our reactions to things. I find that reassuring because, as parents, we often judge ourselves harshly.

We do. We hold ourselves to a high standard, and many of the parenting books that I've read also hold us to a high standard—that we should always be calm; we should never be angry, we should never show frustration or irritation. It's not human to never be irritated, frustrated, and angry. We don't need to feel bad about ourselves on top of everything that's involved in raising these young humans. If you're relating to your child with playfulness and choices, there's a general good feeling and strong connection between the two of you. If you get frustrated and yell, it'll be okay. All those positive interactions make for a solid relationship that can withstand a little bad temper.

The more kids feel connected, the more kids feel liked, the more they feel like part of the solution rather than part of the problem, the more cooperative in general they're going to feel. I had someone on the radio a couple of weeks ago suggest to me that these skills were just manipulating children into being cooperative. In fact, what we're doing by accepting feelings, being playful, giving choices, putting the child in charge is, we're creating a connection; we're creating a cooperative spirit.

Parenting advice often centers around one-on-one discipline tactics. In my own family, my two younger children are just two years apart, so I'm often disciplining while I'm outnumbered. You walk in and you're trying to say, "Okay, it's time to separate, it's time to calm down." And you have to yell because they can't hear you from all the noise that they're making.

To me, there's nothing wrong with being loud. If kids are running and jumping and yelling and tearing apart the couch, you're going to have to be loud. But instead of being loud attacking the child—"What is the matter with you? I told you to stop that. You're going to break things."—which does not create that feeling of cooperation (it just creates resentment and bad feelings), you're going to be loud about your own feelings. Be loud using "I" instead of "you." So instead of "You're going to break things," "You don't listen," I'm going to say, "I see children jumping up and down on the couch. I don't like it. That's my good couch." "I see children with a lot of energy. What can we do?" Then you can put the kids to work coming up with ideas: Do jumping jacks, jump from the step to the beanbag chair, dance to their favorite music, run three times around the outside of the house. And resist the temptation to lock the door! [Laughs.]

In the book, you point out how ineffective punishment is as a parenting tool, and the alternatives you offer are time in versus time out, planning ahead, troubleshooting situations to problem solve together rather than waiting for problems to occur. You really seem to be talking about teaching social skills.

Sure. I think the chapter on alternatives to punishment is the most radical in our book because most parenting books don't suggest that we do away with punishment altogether. But looking at the research, and looking at our own families and at families we work with, punishment is an ineffective tool. It doesn't solve the problem.

The problem with punishment is that it causes children to think selfishly: What's going to happen to me? Whereas problem solving causes them to think: How can I fix this? What should we do next? It's a whole different mindset.Research shows us that older kids who are punished severely and often do not mend their ways. They become more and more alienated from adult authorities, and they may become sneakier in their actions, and better at not being caught. You can't punish a person into good behavior. It just doesn't work.

As adults, we notice when kids constantly do something that we've asked them not to, but we don't notice our behavior and response is mostly the same also. What does it take to master these skills so that we can respond the way we want to rather than reacting and regretting all the time?

Well, reacting and regretting is part of the process. You think about it, and you say, "Boy, I wish I said this. That would have been more helpful." And then the next time, you get a chance to say that. Or you can always come back and problem solve. You can say, "That must have been really upsetting to be yelled at like that. I wish I hadn't. Let's talk about what to do next time?"

The more you practice something, the better you get at it. It takes constant renewal and constant refreshing, because when you're a parent of young children, you don't have a lot of time to think. We're never going to be perfect. Parents need to give themselves as much forgiveness as they give their children, and as many chances.