Cozy Up with these 7 Books this February

Theophrastus (with essay by James Romm and illustrations by Andre Carrilho)
Callaway, $24.95, 2018

James Romm, a Classics professor at Bard College, introduces modern readers to the incisive satire of Theophrastus, a 4th-century BC Greek philosopher. Characters is a joyous festival of faultfinding: a collection of 30 closely observed personality portraits, from The Talker ("The Talker is the sort who plumps himself down next to someone he doesn't know and starts praising his own wife") to The Coward ("The Coward is the sort who, when he's at sea, declares that the headlands are pirate ships") to The Distrustful Man ("The Distrustful Man is the sort who, when he's sent his slave to do some shopping, send another along to how find out how much the first one's spent"). At a time when civility and reasoned discourse seem harder than ever to find, these portraits seem as fresh as they must have been 2,400 years ago.

The fifth installment of Orcutt's Dakota Stevens Mystery Series, A Study in Crimson takes readers back to the beginning of Stevens's career as a private investigator. Having left the FBI and started her own PI business, Stevens is stuck doing tawdry divorce work, her personal life a shambles. Enter her old boss, the FBI director, who asks her to go undercover at an Ivy League school to rescue a coed. 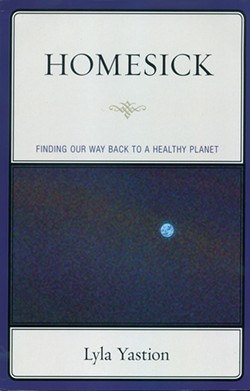 Homesick: Finding Our Way Back to a Healthy Planet

Climate change, caused by humans, has emerged as the number one peril facing the planet and all its inhabitants—not just humans. Yastion, a New Paltz resident and author of Pause Now: Handbook for a Spiritual Revolution, suggests that climate change can be remedied if human beings remember their ancestral bond with the planetary home that sustains them. Only if humans experience a reawakening of love and respect for the web of life will they think sustainably and act sustainably. 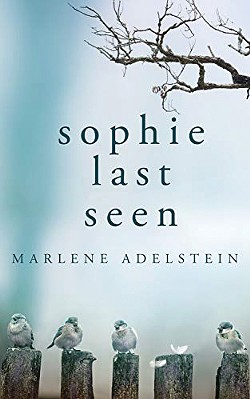 Jesse Albright has been in a self-destructive limbo since her 10-year-old daughter, Sophie, disappeared from a shopping mall. Trapped in her grief and guilt, Jesse sleepwalks through her workdays at a bookstore and spends her off hours searching the mall for the face of her missing child. While Jesse yearns for closure, Sophie's best friend, Star Silverman, who may be the key to her daughter's disappearance, starts working at the bookstore. 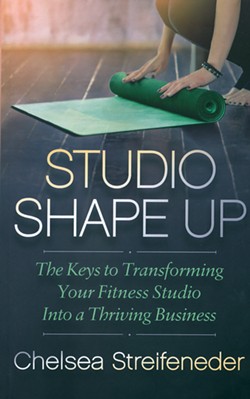 Since opening Body Be Well Pilates in Red Hook over a decade ago, Streifeneder has expanded her original studio space three times, opened a second studio, and bought the two buildings the studios are in. The fitness entrepreneur now shares her business tips in this workbook for those seeking to transform their business, from moving studio merch (keep displays fresh) to to-don'ts (don't do stuff you hate), to self-care for hard-working entrepreneurs (don't forget to exercise!).

The Edge of Anarchy

At the pinnacle of the Gilded Age, a boycott of Pullman sleeping cars by hundreds of thousands of railroad employees brought commerce to a standstill across the country. This tale pits two titans against each other—union organizer Eugene Debs and rail tycoon George Pullman—against a backdrop of urban squalor, riots, and a nation on the edge of coming apart at the seams. Hudson Valley historian Kelly brings one of the most riveting labor/capital showdowns to vivid life.

Flight of the Fox

Out-of-his-depth math professor Sam Teagarden tries to decode a mystery file that lands in his in-box while a team of hitmen chase him from the Catskills to New York City and down the East Coast in this political thriller that pays homage to classics of the genre. High-tech surveillance, predatory drones, government gone wild, and an everyman hero converge in a plot that also includes a trip to the upcoming Woodstock Festival 50th anniversary concert.