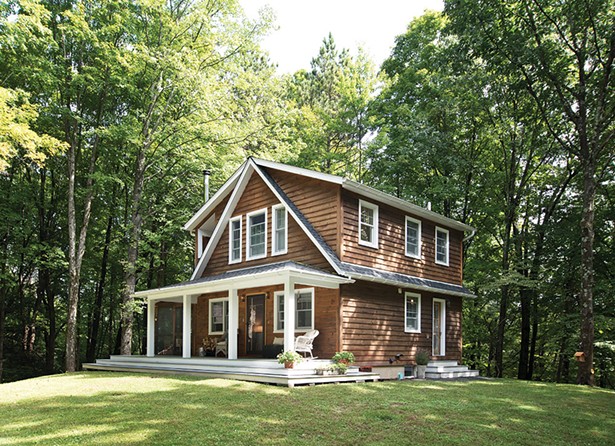 With only a shoestring budget and a minimum of experience, Aaron Bollman completed a ground-up gut renovation of a 1935 cottage in Saugerties.

Perhaps if Don Quixote had lived in Saugerties, his story would have ended on a different note. It was there, on a country road, that contractor Aaron Bollman set himself to a slightly crazy task: the ground-up gut renovation of a 1935 cottage with only a shoestring budget and minuscule experience. For Bollman, however, everything fell into place. His story doesn't end in ruin, but in a compact, classically detailed cottage built from timeless ingredients—salvaged Douglas fir and radiata pine, local expertise, and the spirited generosity of neighbors. It's the supporting cast that really made the happy ending. "The really interesting character in this story is the neighborhood," Bollman says. 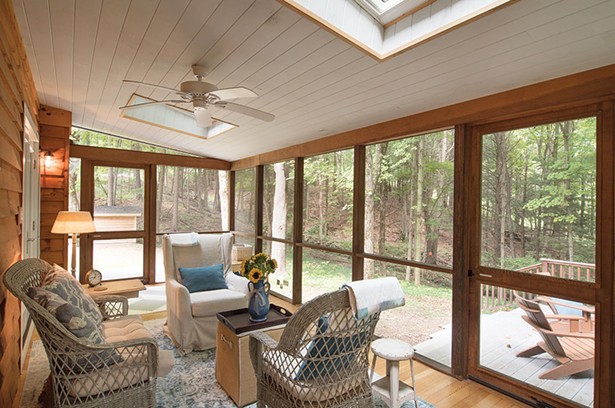 In 2008, Bollman and his wife Lisa Nicholas started looking for a weekend property. Based in Manhattan, where Nicholas oversees Syracuse University's Tepper semester, a year-long Broadway immersion program for drama students, she would have been happy to find a turnkey-condition property, but Bollman was looking for a challenge. Nicholas found the listing online, and they were intrigued enough to come up and see it. The modest, 500-square-foot cottage had once been part of the larger Rusconi farm bordering the southern edge of the 1.12-acre property. Bollman loved it. "What most people looked at and would send them running the other way, attracted me," he explains. "I really wanted to get my hands dirty." A native of the Buffalo area, Bollman had been working for an architectural firm in Manhattan and then begun his own contracting business that same year. "I had just started out and I didn't have any experience, so I thought it would be a way to get some," he explains. Bollman admits he was putting the cart before the horse a bit, but the property's low price also gave the couple flexibility. "I could have built up my skill set in New York City, but a house is different, because it is so empirical and there are so many different elements." 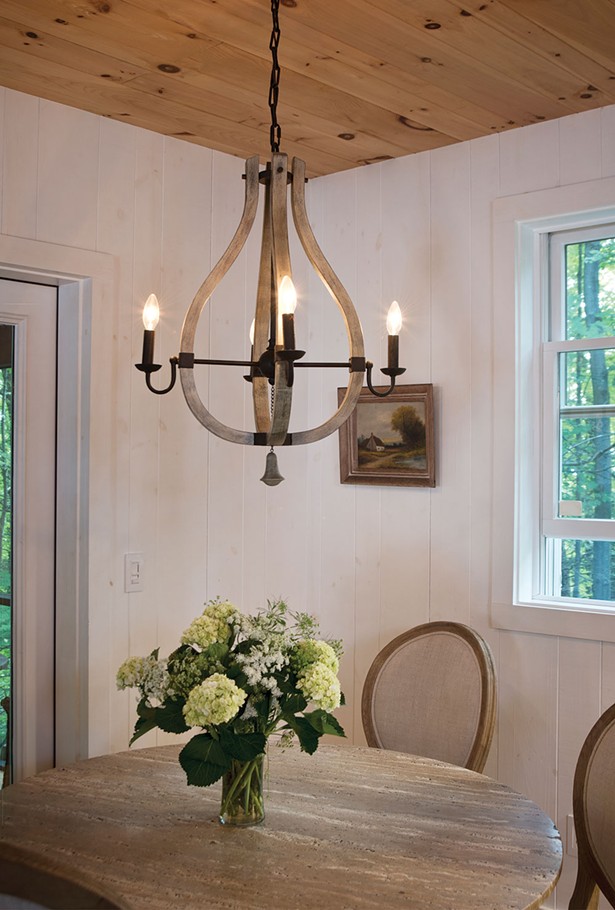 The 1935 cottage did present an abundance of challenges. Originally built as a creative getaway and embroidery studio for family matriarch Alice Rusconi, it had sat empty for decades and fallen into a state of disrepair. The Saugerties Building Department even questioned whether the sloped land could accommodate an up-to-code septic. But Bollman felt he had found the right curriculum and schoolhouse. "Call me crazy, I just knew in my heart that it was all going to be okay," he remembers. Bollman and Nicholas made their offer, and in 2010 the property was theirs. Shortly after, the couple began the huge labor of love that was restoring the cottage. "In retrospect, I didn't really know fully what I was doing," he realizes now, "or even what I wanted to do, other than I knew I wanted to engage in building a house from scratch, which I don't think I ever really articulated to myself, because I probably would have talked myself out of it—but I felt it in my soul."

The Cavalry Trickles in

Not wanting to rip down history, they hoped to save Alice Rusconi's cottage. It soon became clear, however, that renovating the original structure would make no sense time-wise or financially. The home would have to be torn down and then totally rebuilt. Without the house to stay in, the couple realized they would need another base of operations. So, they traveled out to Nicholas's home state of California to collect a relative's RV, and Bollman drove it back with the help of his brother-in-law. Onsite, Bollman set the RV up as a control center, crash pad, and power generator until the electric, septic, and water systems were installed. Then he began the tear-down. While the prospect of demolishing an old house and building a new one from scratch was daunting, it wasn't the hardest part. "We came in and we knew nobody and that was exciting and it was also the biggest challenge," explains Bollman. This was soon to change. 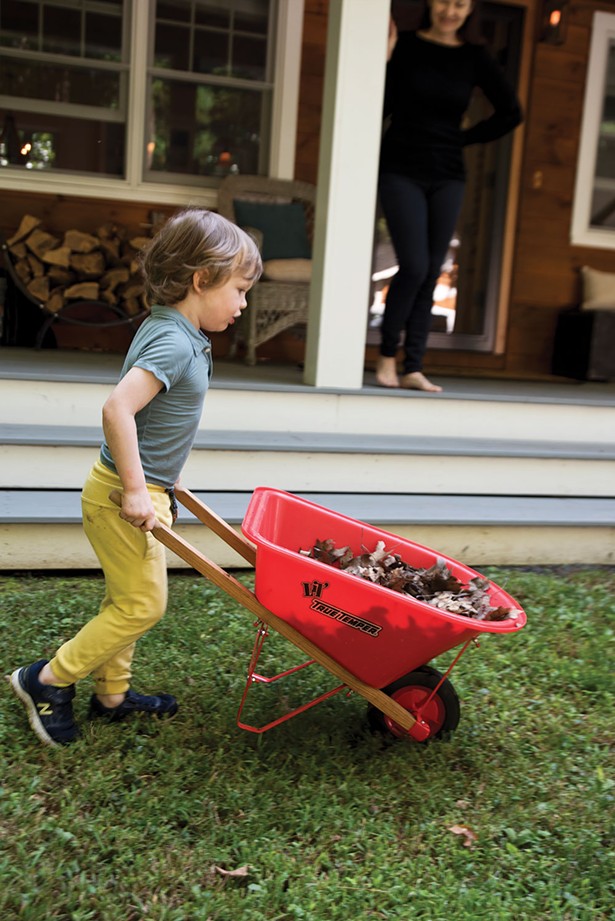 Even though they had to tear down the house, the couple tried to salvage as much of the original construction as possible. Radiata pine was saved from the attic and they extracted the original clear Douglas fir floorboards by hand. It was when they carefully pulling off the last of the subfloor planks that the true nature of the surrounding neighborhood began to reveal itself: Three neighbors stopped by with crowbars, introduced themselves, and then lent helping hands. It was also that day that Bollman met his first angel. "That was the day Tim Vaughn rolled into the driveway," recalls Bollman. Just retired from the US Postal Service, Vaughn was a seasoned woodworker who had years of experience restoring his own historic property down the road. "A character," Bollman describes him, "He's totally himself and doesn't apologize for what he is." Vaughn explained to Bollman, "I just retired and my wife says I have to get out of the house." So began their mentorship, where Vaughn not only tutored Bollman in homebuilding but also revealed the area's wealth of resources, both material and knowledge.

With the original house gone—but some of the salvaged materials on hand—Bollman was free to update the cottage's design, yet wanted to honor the property's history. Drawing on his experience working at an architectural firm, he designed the new cottage himself, stretching the floor plan a foot in each direction over the existing footprint. He also flipped the home's direction and extended the roofline to include a full second story where there once was only attic space, to create a west-facing cottage with a total of 1,158 square feet. The design also incorporated many of the home's original features—including a three-step farmer's porch, a pitched roof, and overhanging eaves.

Vaughn proved to be a fount of ideas, knowledge, and resources throughout the process. He also introduced Bollman to another local treasure—miller Rudy Kaisik. After Hurricane Irene blew through the region, his mill was loaded down with felled trees. Kaisik milled a few for the new cottage as well as three old-growth pines from the property. Added to the wood salvaged from the tear-down, it was more than enough material to begin building. Kaisik also had a backhoe, and came in to help dig a basement, which grew as the trio proceeded. "When we began digging and didn't hit bedrock, we realized we could go seven feet instead of four, so now we have a full walk-in basement," says Bollman. At this point, one of the home's previous owners, John Rusconi, stepped in to help with the framing of the house. "I think they saw me as somebody who didn't really fully understand what he was getting himself into but had a lot of optimism," says Bollman.


With the modest footprint, the couple knew they would have to be clever about how they utilized the space. Downstairs, Bollman used pine planks of varying width as the basis of an open-plan kitchen, dining, and living room. Three walls of windows look out into a screened-in covered porch with skylights, as well as a wooded gully and neighboring woods. Bollman incorporated the salvaged pine from the original cabin as lining for the back of the kitchen island and the load-bearing ceiling beams through the first floor. Bollman's brother-in-law returned at the beginning of winter and helped lay bluestone bought up in Tannersville and install a Yodel wood stove. 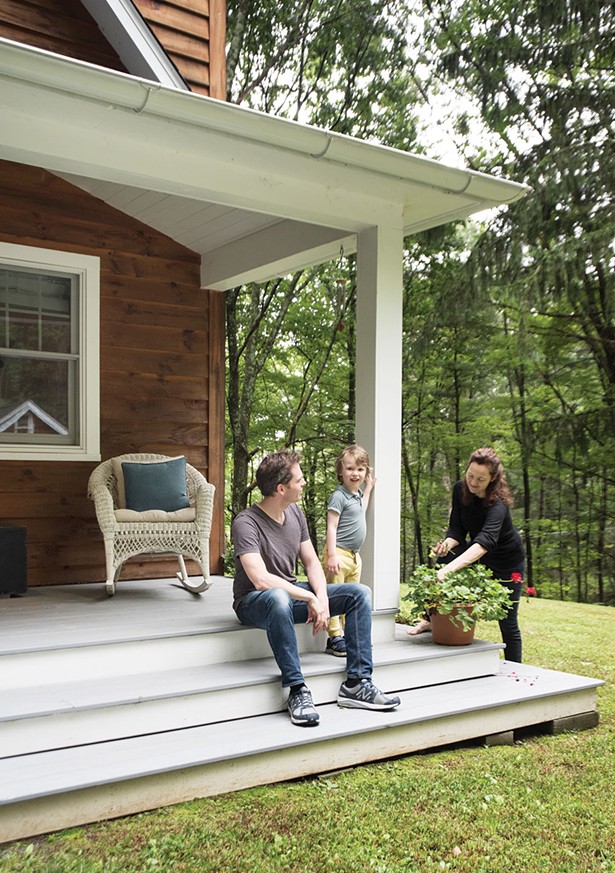 The couple hired Adirondack Stairs to build a winding staircase to the second-floor landing out of salvaged Douglas fir. Upstairs, the two bedrooms both have vaulted ceilings and wood-paneled walls built of pine trees harvested from the property. Bollman's brother suggested he capture space above the staircase to create a small half bath for the guest room. With the help of his father, he finished an upstairs covered balcony, which extends the bedroom spaces into the outdoors. A warehouse clearing sale provided fixtures, tile, and an extended porcelain tub for the full upstairs bathroom, as well as fixtures and tile for the kitchen and full bathroom downstairs.

When Nicholas was two-and a-half-weeks overdue with their son, Bollman channeled his energy into finishing the home's final project: a fire deck looking over his neighbor's property. Still, he realizes that it all could have turned out very differently, if it weren't for his neighbors-turned-friends. "This house wouldn't be what it is today if it wasn't for the fact that it just luckily happened to happen right here amongst all these people. And it really kicked my ass, but it humbled me." 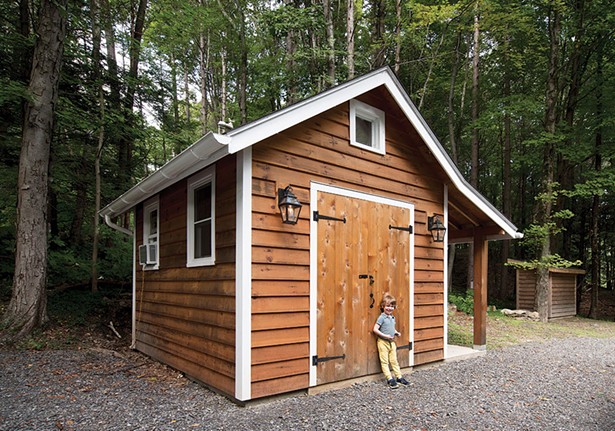