Warwick Valley Chamber of Commerce director Michael Johndrow has a long list of things he is on fire about. The volunteers in kayaks who just cleaned up the waterway to blaze a brand new water trail from Wickham Lake to Memorial Park. The groundbreaking for the new radiology wing at Saint Anthony Community Hospital. ("How many towns our size have a hospital that draws people from everywhere to have their babies here?" Johndrow wonders). The parents who came together to turn derelict playground into an accessible wonderland. ("They raised $30,000, and it rained on them every single day of build week, but they've got a zipline! A castle!")

Town of Warwick Supervisor Michael Sweeton was just named the Orange County Partnership's Most Valuable Partner (MVP) for 2019. Warwick schools, with acres of dedicated solar panels, have been the only ones in the state to achieve national Green Ribbon status for sustainable practices and education. And that's just a snapshot; call back next season and Johndrow will have a whole new list.

Being situated less than half an hour from the future site of LEGOLAND New York, which is projected to draw about two million visitors per year when it opens in 2020, and under an hour from the brand new Kartrite Resort and Indoor Water Park suits Johndrow just fine. "They're adding a lot of beds," he says. "We have one hotel and 12 B&Bs, and they're always busy. The B&B owners tell me that a lot of midsummer traffic is people staying over to go to the Warwick Drive-In." There are only 315 drive-ins left in the US, and the Warwick's made number six on Fodor Travel Guide's Top 10. "Turns out millennials love drive-in movies," Johndrow says.

When a real estate transfer tax was introduced in Warwick in the late '90s, some fussed, but the Community Preservation Fund created has preserved more than 2,000 acres of farmland—and helped cultivate diverse blue-ribbon destinations such as Pennings Farm Market, with its farm cidery, beer garden, cafe, garden center, and eclectic events schedule; and Bellvale Farms Creamery (holding steady at Number Two on Trip Advisor's list of the top 10 ice cream parlors in the entire United States). Around the turn of the 21st century, Warwick Valley citizens opted to further beef up the natural protections afforded by the Appalachian Trail peaks and wetlands with a Purchase of Development Rights (PDR) program that will help preserve key farmland in perpetuity. 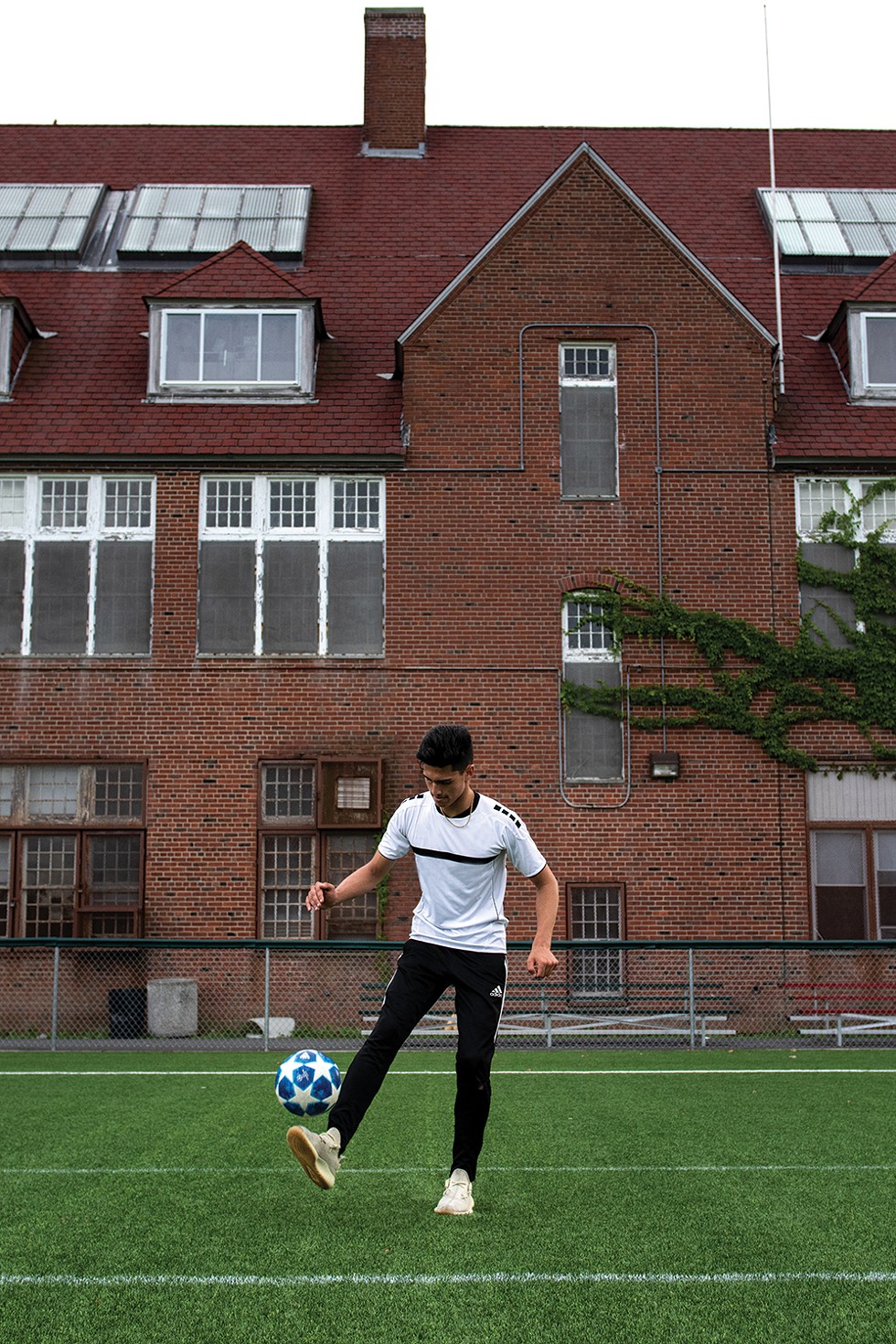 All that agriculture fuels a foodie paradise. "We're a tiny village—just under 7,000 people—and there are 40 places to eat in town and 110 within a 10-mile radius," marvels Johndrow. Whether you want an American steakhouse steeped in tradition, a juice cleanse, or just a kickin' slice of pizza, Warwick will feed you like family. The third annual Warwick Food Truck Festival will dole out even more variety July 18-19, 4-9pm, complete with live music and craft bevvies galore.

From Correctional to Recreational

Scant weeks after Governor Cuomo announced the closure of the Mid-Orange Correctional Facility in 2011, a bipartisan working group had drawn up a 50-page action plan that balanced economic development, public recreation, and aquifer protection. The newly formed Warwick Valley Local Development Corp. bought 150 acres for $3.1 million in March 2014, and the town worked with the state on a $1 deal for the rest, with an easement dedicating the land to environmental preservation and recreation.

Today, the one-time prison (where a correctional officer once landed in hot water for collaborating with prisoners to tend stray cats) has been redeveloped to suit the community's choices. It's home to Wickham Woodlands, with hiking, biking, picnicking, fishing, and boating, and Wickham Works, a community makerspace where nonprofits offer workshops and sustainability events.

On another part of the former prison's grounds, hundreds gathered on June 1 to celebrate the grand opening of the new Hudson Sports Complex, developed by Premier League soccer star Christian Fuchs and his wife Raluca. The state-of-the-art athletic center provides professional-grade facilities and training for young athletes. For the grand opening, the Austrian-born Fuchs, who plays for the English club Leicester City, invited a number of his fellow professional footballers to come play an all-star charity match. The game, and an accompanying auction, benefitted Beautiful People, a Warwick-based nonprofit adaptive sports program.

The conscious, creative curation that turned a one-time penitentiary into a place for fun, education, healing, and industry is classic Warwick Valley. The villages and hamlets bubble with intriguing shopping, dining, lively groups, and enticing events. There's music in the Railroad Avenue courtyard several times a week thanks to the village government and Grappa Ristoranti. There's the Greenwood Lake Summer Concert Series on the lakeshore all summer long, including spectacular fireworks for 4th of July. There's the Bluegrass Sunday series at Glenmere Brewing, the 10th season of the beloved Clam and Jam bashes at Pennings Farm in August, and Piano Night every Monday at the farm-to-table restaurant Grange.

"All the credit for our destination status has to go to our entrepreneurs, really," says Johndrow. "Our retailers created a collaborative culture of helping each other based very much on the culture of the town, and it's a virtuous cycle. They organize events that lift everyone up and train their people to offer a certain level of welcome. We're using that as a townwide model in tourism for the villages and hamlets to cooperate while keeping their individuality. And there's certainly no shortage of that."