Development in the Spotlight: Beacon, NY 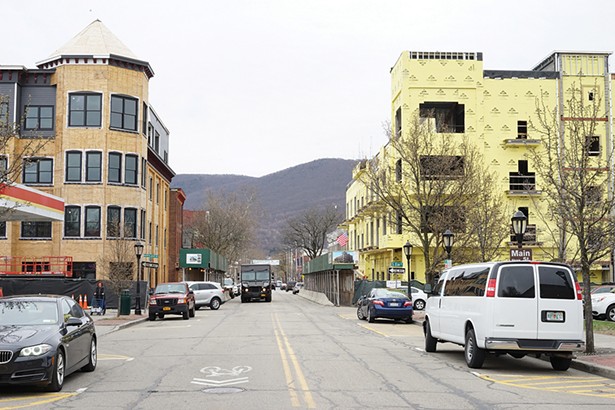 There are a lot of places you could begin when discussing the state of Beacon today, but we should probably start with the juice bar. "The Main Squeeze was ahead of its time," says Mike Burdge, who used to work there. "If that juice bar was open today, it would kill."

The year was 2013. Beacon's renaissance, which had been building since the opening of Hudson Beach Glass and Dia:Beacon at the turn of the millennium, had just shifted into a higher gear with the arrival of the Roundhouse, a boutique hotel, restaurant, and cocktail lounge perched at the bottom of a waterfall. But the twin sparks that would really kick the city into overdrive—the relocation of legendary music venue The Towne Crier to Beacon and the transformation of an old diner on Main Street into the ramen and live music club, Quinn's—hadn't yet ignited. So maybe Beaconites weren't yet ready for The Main Squeeze and their $8 locally sourced juices (although they were ready to complain about Beacon turning into the kind of place that sold $8 locally sourced juices.)

A native Beaconite, Burdge had left town in 2005 and joined the military to earn money for film school. After graduating, he came home, got a job at the juice bar, and realized that he liked talking about films more than making them. So at night, he transformed The Main Squeeze into Story Screen and began hosting films and discussions. If not many people in town were up for top-shelf, fresh-squeezed juice, they sure as hell were up for watching and talking about movies. Soon, Story Screen began popping up at other bars and restaurants after hours or on slow nights—a clandestine, moveable feast for cinephiles.

Jumpcut forward a few years. The old Beacon Theater on Main Street, which at various times in the past 100 years had been a performance venue, church, roller skating rink, and jazz club, was up for grabs again. The family that had developed the Roundhouse bought it and drew up plans to convert some of the cavernous space into apartments, and some of it into...something. The site's most recent iteration as a live theater hadn't proved successful. Would a movie theater work? Who in town would know something about movies? 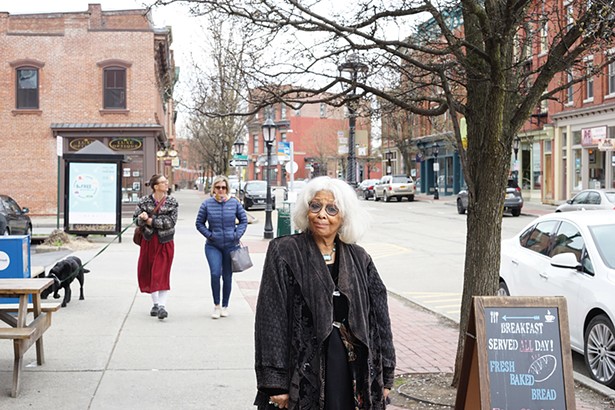 In a plot twist not even the hoariest Frank Capra crowd pleaser could pull off, Story Screen transformed into an actual movie theater: Two big screens, with a third, more flexible space still being built out to accommodate screenings, lectures, and performances. Cushy, stadium-style seating. $10 tickets. A rotating three-film lineup that usually consists of a second-run popular film, an arthouse film, and a kid-friendly revival (one week in April, that lineup translated into the latest version of A Star is Born, First Reformed, and The Iron Giant.) Plus the occasional surprise (Burdge was able to screen two showings of the new Avengers movie on opening night) and, yes, locally sourced beverages from a block away: sodas from Drink More Good and cold brew coffee from Big Mouth Roasters.

It might sound like a one-in-a-million miracle, but walk down to the other end of Beacon and you'll see it playing out again. In the back of a building that hosts such other recent success stories as Two-Way Brewing and a new, much-needed hardware store, sits Mother Gallery, which was opened two years ago by Paola Oxoa and Kirsten Deirup.

Oxoa had been in Williamsburg for 10 years and didn't think she would ever leave. The plan was: Don't get married, don't have kids, make art, die in your loft. It's a plan that probably sounds all too familiar to generations of female artists in New York City. But eventually Oxoa started to wonder why the first few waves of feminist artists were expected to sacrifice having a family in order to be an artist and how to change that. That led to Beacon.

"Beacon has paved the way for the artists who are still coming up here, and it's been really supportive," she says. She and Deirup now each have families of their own yet are still managing to navigate the male-dominated art world as not just artists, but gallery owners. And the work is paying off. On May 11, they'll open up in a new space just up the hill: the bottom floor of a stately brick building that they'll be sharing with the renowned New York City gallery Parts & Labor, which is moving in upstairs. The move is born out of necessity, as Two-Way will soon be expanding into the room that Mother was occupying, something that Oxoa and Deirup always knew was a possibility. And yet just at the right time, just the right space opened up, with just the right people eager to come on board to help. Oxoa is quick to credit the generations of feminist artists who came before Deirup and her, who laid the foundation that they're building on. But she's also quick to credit her new hometown. "I don't know of anywhere else this could happen," she says.