Given the recent stock market tumult, investors are becoming more conscious of where their money is being allocated. Rising trends of cautiousness and social responsibility have overtaken market players since the 2008 crash.

According to the National Bureau of Economic Research, the economic recession in America began in December 2007—shortly after which, stocks began to fall and the market bottomed out: banks failed, stock values plummeted, and individuals worldwide lost allocated money.

The crash of 2008 is arguably as significant as previous market failures in 1987 and 1929. Although the initial decline was not as severe, its relentlessness throughout early October left most investors financially devastated.

“No investment was immune from the crash,” says Dimitri B. Papadimitriou, president of the Levy Economics Institute of Bard College.

Individual investors were torn between cutting their losses and pulling their capital out of the market, or hoping for the best by riding out the market’s inevitable ups and downs.

According to Mike Kelley, senior vice president of Ulster Savings Bank, those who sold after the market’s initial collapse probably regret doing so. “The biggest mistake is, people pull out of the market when everything is down,” he says. “People who pulled out in January and February [2008] missed out.” Kelley also explains that in the past 12 months the market has risen 60 percent.

The crash hurt every investor somehow—from primary shareholders to prospective retirees relying on pension plans, everyone ached. However, those who chose to trust the market’s peaks and valleys rather than pull out immediately have recuperated a marginal amount of their initial losses.

Although many people do not have the means to put money into stocks and mutual funds, it seems as though a large portion of the working population is involved in one way or another. According to Papadimitriou, most people are involved through individual retirement plans or pension funds offered by employers.

He recognizes the diversity of players in the market but maintains that not everyone is cut out for it. “My view is that not everyone should be in market,” Papadimitriou says. “Other investments are riskless, like US Treasury bonds and securities. They give you decent return if you take inflation into consideration.”

Treasury bills, notes, and bonds are government-issued securities that mature and earn interest over a predetermined amount of time. These investments are backed by the US Treasury and are considered virtually risk free.

Beth Jones, registered life planner, financial consultant, and president of Third Eye Associates LTD., considers ultimate financial safety as being “intangible.” She says that if and when individuals choose to invest, the help of a professional is necessary. “People think they can just go out and manage their own portfolios, when they don’t have a clue,” she says. “They watch [the market] go up and down, and by the time they get out, they’ve lost their shirts.”

She continues by stating that regardless of knowledge and credibility in terms of playing the stock market, investments are better handled by second parties. “I hire money managers for my portfolio,” she says. “I’m trained, I’m licensed—I could—but I’m too emotional about my own money.”

Savvy investing strategies according to both Jones and Kelley should focus on broadly diversified portfolios. That is to say, “Don’t put all your eggs in one basket,” as Kelley put it. Stocks and mutual funds rise and fall at different times—when a portfolio is adequately diversified, the success of certain stocks compensates for others’ failures. Kelley believes that it is “difficult to time” supply-and-demand cycles. “Diversification, I think, is the key,” he says.

Currently, the safest investments are US Treasury bonds and FDIC-insured savings accounts. However, when played cautiously and correctly, market failures can be an opportunity to capitalize.

Richard and Laura Harnden of Kingston are homeowners from middle-class upbringings that chose not to play the market with personal capital. Both lost pension money during the 2008 downturn but avoided financial devastation. Maintaining strictly allocated savings allowed them to invest in a second property as the housing market tumbled forcing the house’s previous owner into foreclosure.

Laura says that the family had been toying with the idea for years and holding out on the purchase was instrumental to buying at a reasonable price. “We were very careful to make sure that we didn’t overpay,” she says.

The Lake George vacation rental was purchased by the Harndens on May 1, 2008, and, as Laura explains, “the bottom came six months after the purchase. I feel like we made a good investment.”

For those who take the gamble implied when investing in the stock market, socially responsible stocks and mutual funds are reasonably safe investments that are rising in popularity.

This concept is illustrated in a June 2008 article titled “The Price of Ethics and Stakeholder Governance: The Performance of Socially Responsible Mutual Funds” and published in the Journal of Corporate Finance. Authors Luc Renneboog, Jenke Ter Horst, and Chendi Zhang say that “the fact that socially responsible investment funds apply screens that limit the full diversification potential may shift the mean-variance frontier towards less favorable risk-return tradeoffs than those of conventional portfolios.”

However, Jones says that “those companies do better in the long run because you’ve already screened out the companies that are higher risk because they don’t have the best corporate practices.” She goes on to say that “if you’re going to invest in something like green energy, I recommend that people have a 10-year-or-more timeline so they can ride out the sharp turns in the market. [Socially responsible companies] are a huge opportunity for the future, especially since markets are fairly priced.”

Socially responsible companies, specifically “green” energy companies, are getting more media attention and more government funding since President Obama took office. Although the returns of investing in some of these companies are low in comparison to counterparts, the idea behind these investments is less about making money and more about aligning personal values with portfolios.

The New Alternative Fund (NALFX), for example, is rising in popularity due to its socially relevant mantra. NALFX is a mutual fund that invests in companies that contribute to the well-being of the environment. The funds website states that common social concerns are the primary reason for investing in NALFX. Holdings primarily include companies associated with alternative energy research and manufacturing, alongside recycling and environmental conservation.

Akin to the risk-return presumption, NALFX has fluctuated little in the past three years and can be seen as underperforming in comparison to funds whose focus is not social responsibility.

Aside from stocks and mutual funds, individuals may choose to support social responsibility by investing locally. Contrary to popular belief, buying stock in local businesses carries the same risk as buying shares of Apple, Inc.

According to Papadimitriou, investing in local stocks is “not really more of a risk than investing anywhere else. People think that if they invest in those companies, they shouldn’t expect to get higher return.”

Kelley endorses shopping at establishments that, in turn, invest in the community. He said that due to Ulster Savings’ contributions to nonprofits, banking locally can also be beneficial to the community. “That’s the way we do our socially responsible investing—investing back into the community.”

Jones continues by saying that “the best way to invest in local community is to buy as much as possible from local purveyors. Tax dollars get turned over several times, and the money is really supporting your town—so I think that that is the first and foremost way to invest in your own community.”

Given the increasing consciousness toward stocks and mutual funds deemed socially responsible, Jones states that “humanity has got to get a grip at some point, so we think [socially responsible investments] are a good place to be.” 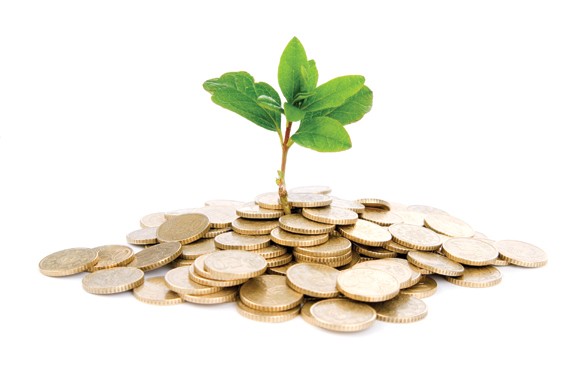 Why Investing Local is Invaluable