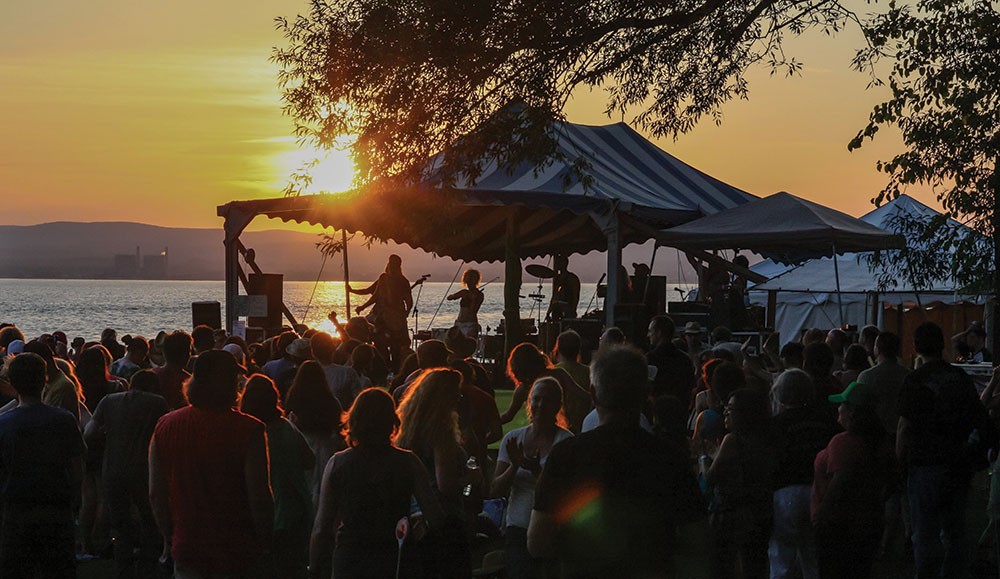 The Hudson Valley's beloved Clearwater Festival returns in 2018 with its usual environmental activities and, of course, music.

Boy, we could sure use Pete Seeger right about now, couldn't we? Well, turns out we still got him: Yes, the legendary local folk musician and social and environmental activist—and an icon to so many of us—may have gone to the Great Hootenany in the Sky in 2014, but, just like that of Tom Joad in The Grapes of Wrath, his legacy is still here to inspire us. And a big part of that legacy is the Clearwater Festival, which returns to Croton-on-Hudson on June 16 and 17.

The country's oldest music and environmental festival, Clearwater (also known as the Great Hudson River Revival) was founded by Pete and his wife Toshi Seeger in 1966 to raise money needed to help build the sloop Clearwater, a sailing ship whose travels and actions raise environmental awareness and promote conservation and the protection of the Hudson River. Today, proceeds raised from the festival go toward its environmental-activist parent organization, Hudson River Sloop Clearwater, Inc. Although the festival took 2016 off to concentrate its efforts on refurbishing the sloop itself, it resumed last year and continues to feature a wide-ranging roster of contemporary and traditional roots music by some of the field's biggest names, as well as dancing, food, storytelling, and other entertainment for all walks of life.

Other Clearwater components include the Activist Area, which allows exhibiting groups the opportunity to explain to visitors how their efforts help improve the world; an artisanal food and farm market where local famers and independent food producers offer their fare; a food court with vendors preparing meals featuring fresh, vegetarian, vegan, festival, and comfort foods; the juried Handcrafters Village; the Clearwater organization's Environmental Action and Green Cities Initiative tents; and, of course, boat rides on Pete's beloved Hudson River. Kids' attractions include the Children's Area, with face painting, mask making, and other activities; the Family Stage; the Discovery and Tideline Education tents; beach-combing and river seining walks; and jugglers, clowns, mimes, acrobats, and other entertainers.

"I'm really looking forward to playing the Clearwater Festival," says Willie Nile. "Pete Seeger is one of my heroes and it'll be an honor to be there to play and take part in it. His legacy is deep and meaningful and it's important to carry on and keep it alive."

The Clearwater Festival will take place at Croton Point Park in Croton-on-Hudson on June 16 and 17. See website for ticket prices, a full performance schedule, and other information.