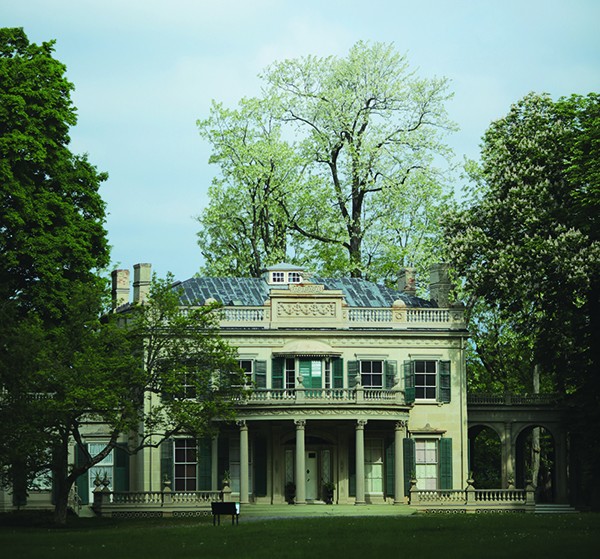 The northwestern part of Dutchess County sparkles and shines, but not in a gaudy, neon sort of way. It gleams like precious metal set with gemstones, living a sleek modern lifestyle that has grown up without compromising centuries of traditional grace. When New York was first settled, this area promptly became the domain of the landed gentry who could live wherever they chose. This was where they chose, and it's easy to see why.

More than a trace of that opulence remains. Rhinebeck, one of the exquisite gems in this crown, has 437 sites on the National Historic Register. It's no accident that Chelsea Clinton chose to wed in Rhinebeck, where it would be easy to find everything American royalty might need for a special occasion.

Yet Rhinebeck's not a snobbish or staid sort of place. Its truest wealth lies in its people and their well-practiced arts. Rhinebeck is the home of the Sinterklaas celebration conjured by event wizardess Jeanne Fleming. It's an Old Dutch tradition infused with cutting-edge artistic—and even therapeutic—sensibilities. There are also nearly 20 topflight eateries to choose from: New American, Italian, Indian, wine bars, and coffee shops. There's an eclectic movie house, Upstate Films, and a singular shopping district that thrives.

All this in a village with tree-lined streets and an Amtrak station might be all that it's fair to expect any one region to offer, but there's tons more. The tiny village of Tivoli is a cultural powerhouse in its own right: elegant farm-to-table dining, sushi, Mexican, five-star lodging and cutting-edge contemporary theatre.

Change happens here, but not sprawl; the good is refreshed and reinvented. When Tivoli's century-old landmark Madalin Hotel went up for sale, it was promptly purchased by a creative couple (one half of which being the artist Brice Marden) who updated it and began the Hotel Tivoli, in a restoration that made Wall Street Journal headlines. The tradition here is brilliant and broadminded: do what you will, but do it very well indeed.

That holds true for the feast of surrounding agriculture that keeps restaurants and pantries stocked with every imaginable fresh or artisanal goodie. (Rhinebeck's Farmers' Market, held on Sundays, is arguably the best in the Hudson Valley, and that is saying a whole lot.) It holds true for health care: besides the aforementioned Northern Dutchess Hospital, well-run and progressive, there's the Izlind Integrative Wellness Center and Institute, offering an eclectic and lengthy menu of treatment and education from a planet-wide selection of modalities.

It's true of entertainment, arts, and education: nearby Bard College, venerable and progressive at once, magnetizes world-class art, theater, and music to its SummerScape programming and all year round. The Dutchess County Fairgrounds, besides putting on a bang-up county fair every August, hosts festivals ranging from deep-fried country to New York chic all summer long. Omega Institute, known worldwide for holistic education of all sorts, was born here and still thrives. Kaatsbaan offers the very best in dance. The Southlands Foundation, situated on a 200-acre property that dates back to the original era of land grants, provides a steady stream of historical and ecological education and fun.

Come see for yourself. Stay a day, a week, or a lifetime; you won't regret a moment. Time in the villages of Northwest Dutchess is time well spent indeed.

Rhinebeck is home to eight miles of the Sixteen Mile Historic District, a Millionaire's Row stretch of Hudson River shoreline where the wealthiest of the wealthy have lived in splendor since the eighteenth century. Thirty contiguous riverfront estates keep the viewshed sweet and green. The district contains 233 historic structures.

Rhinebeck also has the oldest hotel in the US that has operated without an interruption. Early patriots of the Continental Army drilled on the stately grounds of the Beekman Arms before the Revolution, and when Kingston was invaded and burned, the citizens who didn't flee to Hurley sheltered here.

At the Old Rhinebeck Aerodrome, you can explore one of the largest collections related to aviation and motorized transit; early airplanes are the primary focus but you'll also find antique cars, motorcycles, and a fascinating collection of memorabilia. Summer weekends June through October, they have thrilling air shows and offer biplane rides.

The Omega Institute for Holistic Studies isn't just about self-development, although they do a lot of that. Begun on the grounds of a defunct Yiddish cultural camp, Omega maintains a cutting-edge focus on work that helps heal the world. Sustainability, women's issues, and veteran's issues are just some of the current areas of concentration.

Among other amusements, the Dutchess County Fairgrounds celebrates agriculture all summer long. Sure, there are antique shows and car shows; there are also celebrations of hogs, goats, Holsteins, horses, and a Sheep and Wool fest.

Red Hook got its name from the red sumac on its peninsula that caught the eye of early Dutch navigators. Up until around 1800, Red Hook was a crossroads with an inn and nothing more, familiarly called "Hardscrabble;" hence, Hardscrabble Day.

The Hudson River School of painting is justly famous and still thriving as contemporary artists add their interpretations of the area's stunning beauty; less noted, perhaps, but equally fascinating are the area's literary traditions. For a glimpse of the inspiration, explore Poet's Walk. Washington Irving wandered here and gazed over at the Catskills, and legend has it that that's how old Rip Van Winkle was born. Poet's Walk is landscape architecture at its finest, a series of outdoor "rooms" with spectacular views. Hike or picnic; there are two miles of trails studded with gazebos and benches for your relaxation and pleasure.

Bard College's Fisher Center was designed by famed architect Frank Gehry. "Its abstract forms prepare the visitor to be receptive to experiencing the performances," Gehry and his partner have said, describing the front façade as a "theatrical mask." Within are two theaters and numerous studios. You can tour the whole thing at 2 pm on any weekday and get a peek backstage.

Go down by the riverside and find the Rhinecliff Hotel, a lovely place with a long-time, hard-rocking history, today reimagined as a boutique hotel with a regular Sunday jazz brunch, best enjoyed from the splendid patio overlooking the river.

The Tivoli Bays Wildlife Management Area is a stunning stretch of protected habitats along the river where there are marshes, islands, uplands, watersheds; seven types of habitat in all. You're welcome to hike, bike, canoe, kayak or otherwise explore. Interpretive kiosks explain it all. The islands can only be reached by boat, but if you haven't got one handy, don't worry; there are free public canoe tours offered all summer long.

The northwestern part of Dutchess County sparkles and shines, but not in a gaudy, neon sort of way. It gleams like precious metal set with gemstones, living a sleek modern lifestyle that has grown up without compromising centuries of traditional grace. When New York was first settled, this area promptly became the domain of the landed gentry who could live wherever they chose. This was where they chose, and it’s easy to see why.

The northwestern part of Dutchess County sparkles and shines, but not in a gaudy, neon sort of way. It gleams like precious metal set with gemstones, living a sleek modern lifestyle that has grown up without compromising centuries of traditional grace. When New York was first settled, this area promptly became the domain of the landed gentry who could live wherever they chose. This was where they chose, and it’s easy to see why.