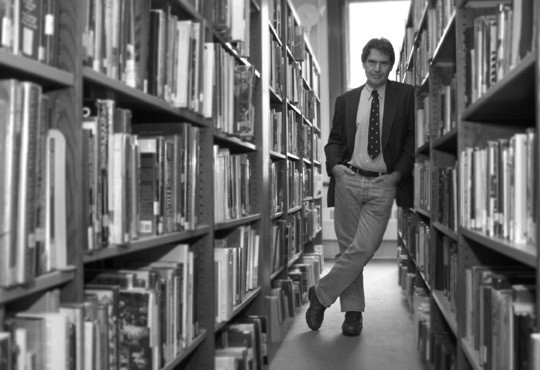 Summary of Part I: We’re losing, they’re winning. Who are they? The richest 1percent. And maybe the next 9 percent. Who are we? All the rest.

Which poses an interesting question: How has a tiny fraction of the population—which is diverse in many ways—arranged for their narrowest economic interests to dominate the economic interests of the vast majority? And, while they’re at it, endanger the economic well-being of our nation and bring the financial system of the whole world to the brink of collapse?

We have votes. Theoretically, that means we should have the government. Theoretically, government should be a countervailing force against the excesses of big money, take the long view for the good of the nation, and watch out for the majority, not to mention the poor and downtrodden.

What we actually have is one political party that is flat out the party of big money, and another party that sells out to big money.

Well, at least we have safety nets.

George Bush’s biggest regret is that he didn’t privatize Social Security. Why so eager? One reason is that it’s a big pile of money. Absolutely gigantic. It drives the bankers and brokers crazy that they can’t get their hands on it. The other is ideological hatred. Stephen Moore, senior fellow at the Cato Institute, contributing editor of the National Review, and president of the Free Enterprise Fund,  has written, “Social Security is the soft underbelly of the welfare state. If you can jab your spear through that, you can undermine the whole welfare state.”

The crash has put the states in trouble. Rather than raise taxes, or borrow, several have decided on cuts to Medicaid, the program that services several categories of low-income people: pregnant women, children under 19, the blind, the disabled, and those who need nursing home care. If you’re a poor kid who needs a liver transplant, you can beg, rob a convenience store, or die.

This shift to the right is a triumph of a long and very well-funded propaganda campaign. Every time I read an op-ed in the New York Times and it says it was written by a “senior scholar” from the Hoover Institute or a “fellow” from the Cato Institute, I want to scream, “Please replace that with ‘paid whore funded by a psychotic right-wing billionaire’!” Which is significantly more accurate.

Conservatives, in turn, have a great influence on the mainstream media. “As conservatives decried the media’s left bias, they saw their institutions mentioned in various media almost 8,000 times in 1995, while liberal or progressive think tanks received only 1,152 citations” (How Conservative Philanthropies and Think Tanks Transform US Policy, by Sally Covington, Covert Action Quarterly, Winter 1998).

Their influence on the national media affects the whole national dialogue. Now, of course, they’ve taken the think-tank concept to a whole new level: Fox News.

What about the media? Aren’t journalists—outside of Fox News—supposed to be objective?

In journalism there is no objective reality. There are only objectively collated quotes. Quotes can only come from “valid” sources. A journalist cannot look at tax cuts and compare them to economic results—job growth, changes in the median wage, and the like—and report that tax cuts do not create jobs. They can only quote politicians, like Bush and Obama, who say that tax cuts are a stimulus, and then look for someone of equal authority—or at least significant authority—to say the opposite, then go Chinese menu, two quotes from column A, one from column B. But what if there are no heavyweights from column B ready to go on record?

Here’s where it gets stranger than strange. A whole field—economics—has lost its way. This became obvious when 99.7 percent economists (that’s a made-up, but probably accurate, figure), failed to predict the crash of ’08. Failed to diagnose the housing bubble, failed to understand the derivatives bubble, and failed to realize that world’s biggest banks were all bankrupt.

After the crash, they failed to cry out against the tax cuts that brought it on. They failed to come up with a way to solve the problems. Which, based on history, seems fairly obvious: raise taxes and spend the money on useful things that private industry can’t or won’t do, like hiring people.

Paul Krugman’s theory, loosely paraphrased, is that economists suffer from physics envy, which is like penis envy, but dumber. Economics is a social science, which is soft. Social scientists look at physics, the hardest of the hard sciences. They see lots of math and formulas. They imagine that if they have lots of math, they will get hard too. In order to create mathematical models out of the messy complexity of human activity, they presume perfect markets. So long as the economy is stable, that frequently works.

Faith in the perfection of markets promotes deregulation and tax cuts. That destabilizes the economy. The economists, therefore, help create the disasters that don’t exist in their mathematical models.

Charles Ferguson, who directed the superb documentary Inside Job , is much more cynical. He believes that academic economists, like doctors who shill for pharmaceutical companies, are on the take from big-money interests. He does a marvelous job of demonstrating exactly that in the film.

Indeed, most of academia—except, perhaps, for English departments—have become part of the business, banking, military, and political nexus.

The ivory tower was supposed to be above the mucky world. That was one of our final defenses in the class war—a place devoted to knowledge for its own sake and truth just because it was true.

Now, universities pursue truths that someone will provide a grant for.