Elaine Khosrova's Butter: A Rich History is a surprisingly expansive and entertaining exploration of a familiar grocery list staple. Part history, part travelogue, part cookbook, Butter follows the story of the culinary catalyst from its humble agrarian origins to its current artisanal pedestal. I spoke to the chef and author from her home in Chatham. 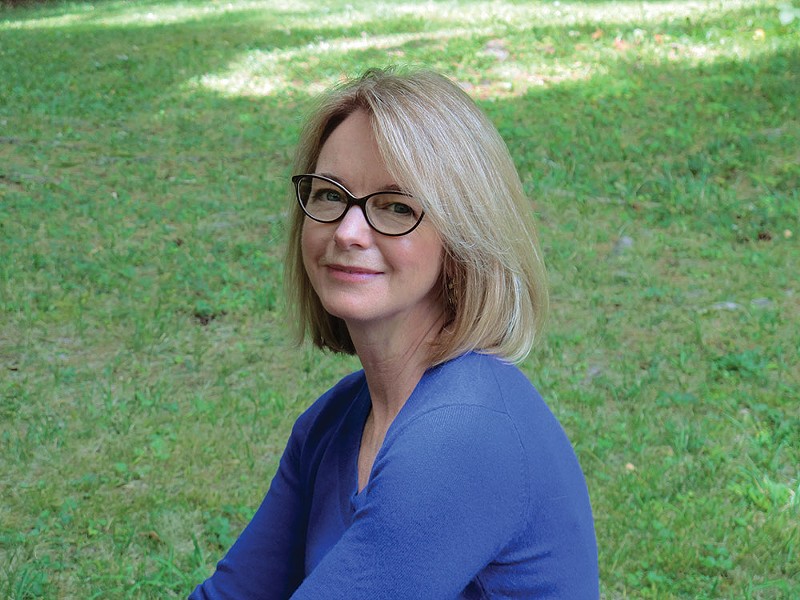 Why butter? How and when did it click that this was something you would want to pursue enough to write a book about?

For most of my life and career I completely took butter for granted. I didn't think about it much at all. Of course I used it, I relied on it, I liked butter. But I was a food writer for magazines chasing down much more exotic, trendy foods to study. I was working for a magazine and I had to do a butter tasting of 12 or more butters, and I wasn't particularly looking forward to it: I thought, 'Oh butter, it's so elemental. Just get through this.' But as I unwrapped them, and started to taste, touch, smell, I was surprised at how different they were. I wasn't expecting it and I couldn't really account for why they were so different. I knew that you churn cream to make butter­—it's a food with one ingredient. Yet these, with more or less the same process, how are they so different? That was kind of a small but significant 'aha' moment.

Soon after that I changed jobs and worked as the editor of Culture [a magazine devoted to cheese], and that allowed me to be behind the scenes in the dairy world. That's when I really began to understand what was happening on the table that day. It really pieced together the science of butter, which results from three very living, dynamic things coming together: the maker, the animal, and the land. I was intrigued by being able to read a butter, to read what's going on with those factors. I had a full-time job and I wasn't thinking 'I'm going to write a butter book,' I was just getting really geeky about the science and technology behind it—I've always been kind of fascinated by that stuff. It wasn't until I had some changes in my personal life where I had to leave that job and thought, "Well, maybe." In the meantime, I had also learned about the fairly epic history of butter, and saw a glimpse at how wonderful and complex that could be.

I was lucky that a friend recommended an agent, and at that point it came together fairly quickly. I had time to do it, to really focus, which is why I was able to do a lot of traveling for the book too. Outside of the States, I was in Ireland, England, France, Bhutan, India, Spain, and Canada. And then throughout the States, mostly New York, Massachusetts, Vermont, and then California, Wisconsin, and Iowa. 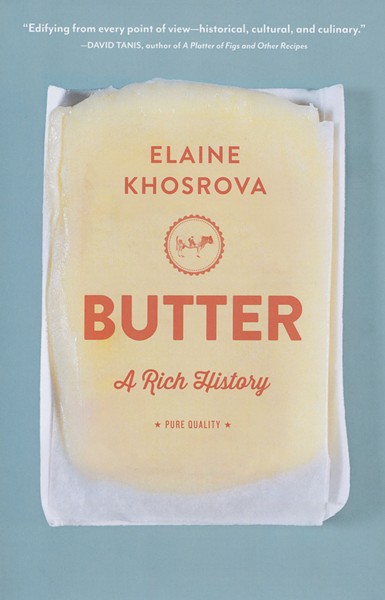 While I was reading I found the sections about gender and butter interesting. I enjoyed reading about the entire culture of witchcraft and butter that I had no idea about reading before this book. What fact, or aspect, about butter did you find to be surprising?

As far as the cultural history of butter, I think the most fascinating for me was discovering that across so many ancient cultures, butter was used as a sacred or spiritual tool. It sort of represented divinity in creation: butter is hidden in milk the way the divine is hidden in creation. The ancient Samarians believed that, the Hindus and the Vedic Aryans that preceded the Hindus, the Druids, and the Tibetan Buddhists. There's even a Japanese Buddhist master that had a whole meditation based on the butter melting down and melting through your body. I was really amazed by that. And that was sort of the positive side of butter's metaphysical story, whereas the witchcraft was kind of the more vicious and negative and dark side of the metaphysical quality. But I loved reading about the different rituals where butter was an important part of that ritual.

I have to say the water buffalo butter that I had in India, this little tiny village in India, was really outstanding. I wasn't really expecting that. It's made from whole milk that they turn into yogurt. They use the same culture day after day; they just keep a little bit back when they save the buttermilk. Then they use it to culture the next batch. There's this culture that's probably been going on for, I don't know, decades, but it was everything it should be—it had this like sweetness and nuttiness, a beautiful tang without any sour notes. It was really dense, and almost chewy.

What's next for you after butter?

I'm not really done with butter. Even though the book had to happen and be done at some point, there's still a lot of places I'd like to get to, like Mongolia, Nepal, and Ethiopia. There are places that still have a very traditional butter culture. I really want to document that. I think that soon with globalization, many of these things will disappear—I already saw it in India. I was able to have these women show me how they would churn traditionally, before they all got a blender. I was able to capture that on film and talk about it and know about it. At this point, I would be interested in moving into butter preservation. I'm not really sure where that will lead. In my dreams, I would love to be a part of a documentary about butter. I really feel like it's practically universal, it's so ancient.