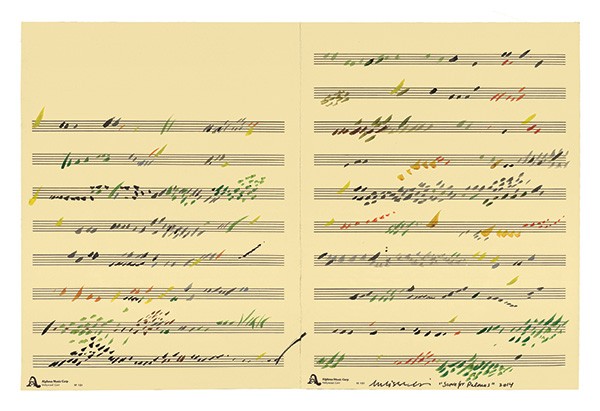 In 2010 UNESCO, the UN agency that promotes international collaboration through education, science, and culture, designated flamenco, the traditional art of music and dance from the Andalusia region of southern Spain, as one of the Masterpieces of the Oral and Intangible Heritage of Humanity. The still-vibrant folk form can be traced to the 8th and 14th centuries and is a synthesis of local Andalusian and Arabic, Greek, Jewish, Persian, and Indian musical motifs by way of the Romani gypsies who immigrated to the area. Flamenco's four signature elements are cante (singing), toque (guitar playing), baile (dance), and palmas (handclaps). It's the latter component that inspired artist Melissa McGill to create Palmas, a site-specific surround-sound installation at Manitoga, the historic home of designer Russel Wright, which culminates with a live music and dance performance by Flamenco y Sol Ensemble on September 27.

"The idea for Palmas started to form in my mind a few years ago, but when I was offered the artist residency at Manitoga it really clicked and came together," says McGill. "I was drawn to flamenco immediately, from the first time I experienced it. Palmas is the rhythmic clapping that is essentially the heartbeat of every flamenco performance. Generally people focus on the guitar playing, dancing, and singing. But I was always very taken with the palmas. It has a very sculptural quality."

McGill has been showing her artwork internationally since 1991 through solo exhibitions, most notably at such galleries as White Cube in London, Power House in Memphis, and CRG in New York. A graduate of the Rhode Island School of Design, she exhibits through her work an interdisciplinary process that incorporates drawing, sculpture, and sound to explore the spaces between absence and presence.

Manitoga is the house, studio, and 75-acre woodland garden of American industrial designer Russel Wright (1904-1976). A National Historic Landmark and World Monuments Watch Site, it's one of the few 20th-century modern homes and landscapes open to the public in New York State. With its moss-covered alcoves and rock ledges, the property's central quarry pool forms a natural amphitheater where the Palmas performers will "enliven the water's edge upon a temporary stage at the base of Manitoga's waterfall, and seemingly float on water from a central pier." Around the quarry rim, specially designed resonant boxes will serve as acoustic platforms for the clapping and footwork, turning the whole spot into an instrument of sound and human interaction.

"My work has always dealt with the relationship of absence/presence and accent/pause," says McGill, who lives in Beacon and plans a 2015 installation on Pollepel Island, home of the Bannerman Castle ruins. "The sculptural quality of sound followed by its palpable absence enhances the experience and intimacy with nature, building upon Russel Wright's original intention at Manitoga. Palmas animates and activates the site aurally to invite a heightened sense of awareness of Manitoga's landscape—its natural richness."

The Palmas live music and dance performance featuring Flamenco y Sol Ensemble will take place at Manitoga in Garrison on September 27 at 1pm. Tickets are $45 ($35 for Manitoga members). (845) 424-3812; Russelwrightcenter.org.