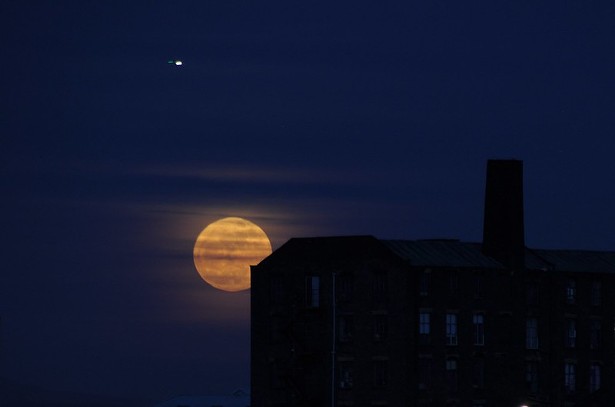 Regardless of the weather, emotional springtime is here. The Sun in exuberant Aries through April 18 makes you want to run maskless through the streets crying "Free at last! Free at last!" Fighting impatience while gauging the risk/reward ratio takes a lot of energy. With Mercury in assertive Aries April 3–18, patience is in short supply. Last Quarter Moon in Capricorn April 4 soberly reminds us: We've come this far—why blow it when the end is in sight?

2021's theme of radicalized traditionalism is on display with the Sun, Mercury, Venus, and Uranus in Taurus, squared by Saturn and Jupiter in Aquarius, from April 20 through May 3. Grid-optional lifestyles become respectable choices. After Mars enters Cancer on April 23, Herculean efforts are expended to secure the homestead, be that the old family farmhouse or the new RV.

The Mars-Neptune square on April 9 demonstrates the relativism of perception. Saturn's trine to the North Node all month feels like destiny is in charge rather than free will, but choice is still everything, as Mercury proves by his trifecta of transits on April 17: sextiling Jupiter and Mars, and square to Pluto. This on the day of the Mars-Jupiter trine is the hand free will is dealt—and if you are holding the cards, this is the day to play them. A complete reversal of fortune depends on your choices, and how they align with your truest self.

Venus/Mercury square Saturn April 25 sparks creative collaborations, challenging not only authority but the premise on which that authority is based. The Full Scorpio "Supermoon" on April 26, just hours before Pluto's retrograde on April 27, begins acceleration toward the very tense opposition of Mars in Cancer to Pluto in Capricorn on May 5. Choice is everything. Defining security and stability for yourself now circumvents desperate choices later.