What to Know about New York’s Recreational Marijuana Law

On Wednesday, March 31, New York officially became the 15th state to legalize recreational marijuana use for adults. It's been a long time coming.

The bill that Governor Andrew Cuomo signed that day—the Marijuana Regulation and Taxation Act, or MRTA—was originally introduced by Senator Liz Krueger (D-Manhattan) in 2013, and had been reintroduced every session since by Krueger and Assemblywoman Crystal Peoples-Stokes (D-Buffalo), picking up cosponsors and popular support every year. It seemed like legalization might get over the hump in 2019, but complex demands from different reformist factions, a lack of commitment to community reinvestment by Cuomo, and vocal opposition by police unions and out-of-state groups ultimately doomed the effort.

Meanwhile, a legalization wave swept the country; in the last three months alone, New Jersey, Virginia, and New Mexico have also legalized weed. New Jersey's effort, in particular, was a likely catalyst for Albany: After seeing Massachusetts rake in pot revenue for the past two-and-a-half years, New York must have felt a twitch after another neighboring state created a recreational market.

The budget shortfalls caused by the pandemic were another motivating factor. Tax collection from New York's cannabis program is projected to reach $350 million annually, with the potential to create up to 60,000 jobs across the state. There are two levels of taxation: Retail products are subject to a 9-percent state tax and a 4-percent local tax, which will be split between counties (1 percent) and municipalities (3 percent). Wholesale cannabis transactions between growers and distributors, on the other hand, are taxed based on the amount of THC. This "potency tax," which was pushed by Cuomo, is the first of its kind for cannabis in the US, and is similar to how the state taxes alcohol.

Tax collection from New York's cannabis program is projected to reach $350 million annually, with the potential to create up to 60,000 jobs across the state. tweet this

Finally, for reasons too numerous to get into here, Governor Cuomo had less leverage this year than at any point in his governorship. Lawmakers have expressed surprise at how willing to compromise the famously inflexible Cuomo was in order to get the bill over the finish line.

The wait seems to have been worth it, at least as far as crafting a fair, inclusive, well-rounded law is concerned. New York's legislation is being held up as a model in several areas. Most coverage has highlighted its restorative justice provisions. The MRTA expunges past convictions for behavior that is now legal; bars police from citing the smell of cannabis to justify vehicle searches; and directs tax revenues to a community reinvestment fund, drug treatment, and public education programs. The law also will give licensing incentives to social equity applicants, though the exact mechanics have yet to be determined.

"The MRTA is an outright victory for the communities hit hardest by the failed war on drugs," Melissa Moore, the New York State Director of the Drug Policy Alliance, said in a statement. "By placing community reinvestment, social equity, and justice front and center, this law is the new gold standard for reform efforts nationwide."

The law was also a win for New York's meager medical marijuana industry, which had lobbied aggressively for looser restrictions. Effective immediately, doctors now have more discretion to prescribe cannabis to patients—including flower products—and patients can receive up to a 60-day supply, double the previous limit. What's more, medical marijuana companies can enter the recreational market more quickly, and will be permitted to be vertically integrated from seed to sale—which was a requirement for the original medical marijuana bill, but is largely barred for recreational companies under the MRTA for being too high a barrier to entry. The carve-out will give medical companies that enter the recreational market a competitive advantage.

Reporting to a Higher Power

Many of the actual regulatory and licensing details for the recreational market will be hammered out by a newly created state Office of Cannabis Management and a five-member Cannabis Control Board. (The OCM will also take over responsibility for medical industry oversight from the Department of Health.)

But a few aspects of the MRTA went into effect immediately: Adults 21 or older can now possess up to three ounces of cannabis flower or up to 24 grams of concentrated forms of cannabis, such as oil. New Yorkers are allowed to publicly consume marijuana anyplace where smoking tobacco is allowed, a first in the US—though localities are allowed to impose restrictions of their own, and smoking weed remains banned in schools, workplaces, and vehicles. Home cultivation of marijuana will be permitted, but remains illegal until 18 months after the first sale of recreational cannabis at a dispensary, which is probably about a year away. Circle August 2023 in your calendar for growing your own weed at home. You can grow up to 12 plants per household (six if you're an individual), indoors or outdoors.

The National Organization for the Reform of Marijuana Laws (NORML), a DC-based nonprofit organization that has advocated for marijuana reform since 1970, gave the MRTA an A−. (Compare that to the C− that NORML gave Governor Cuomo's competing proposal, the Cannabis Regulation and Taxation Act.) And that was before last-minute changes to make the bill friendlier for farmers—which is good news for the agricultural regions of upstate New York.

Why This Law Is Good for Small Farmers

Two provisions negotiated into the MRTA should prove particularly beneficial to small farmers. The first permits hemp flower to be sold in retail stores, which was not included in earlier iterations of the legislation. Flower is the easiest entry point into the market for small farmers, many of whom don't have processing systems, and many hemp farmers were growing hemp with the expectation that flower would be part of a legal recreational market.


State Senator Michelle Hinchey (D-Saugerties), the chair of the agriculture committee, pushed hard for the hemp flower provision, and she credits Senator Krueger and the conference with being receptive to changes in the language. "I'm a freshman senator, and I was still able to come in and be at the table with these points that we recognize needed to be changed, both as it pertains to the language around small farmers and the agriculture community, and recognizing that this provision was not in it," Hinchey says. "They wanted to make the best bill possible."

Another late tweak concerned the categorization of farmers who would be eligible for special licenses. The Cannabis Control Board will establish a social equity plan with a goal of issuing 50 percent of licenses to social equity applicants, including those harmed by the war on drugs, low-income folks, minority- and women-owned businesses, disabled veterans, and "distressed farmers."

There is a very specific definition of "distressed farmer," but basically it is a category of farmer who has suffered from low commodity prices, loss of land, and/or operating losses, and works a small farm as defined by the Department of Agriculture. The category is broader than what was previously included in the bill, and it "opens the door for more people to become [cannabis] farmers in not only in the Hudson Valley, but throughout the state, because the definition has expanded to include members of groups that have been historically underrepresented in farm ownership," says Donna Burns, president of the board of the NY Small Farm Alliance of Cannabis Growers. Hinchey says the first round of language "would have been actually detrimental to our small farmers."

The MRTA also encourages small-scale production with the inclusion of a micro-business license. These licensees will have a lower cap on how much cannabis they can grow, but they will also be allowed to cultivate and sell their products on site, similar to how the state's farm brewery and farm winery licenses work. They also provide an entry for farmers who can't afford the full license to participate in the green rush.

The Cannabis Control Board will establish a social equity plan with a goal of issuing 50 percent of licenses to social equity applicants, including those harmed by the war on drugs, low-income folks, minority- and women-owned businesses, disabled veterans, and "distressed farmers." tweet this

"That's something you can set up, say, as a farmer who is doing tomatoes, you have an extra greenhouse, and you want to take a shot at cannabis," says Jason Minard, in-house counsel for Hempire State Growers. "It's going to create a more level playing field. The state is gonna see a lot of micro-business applications."

Sustainability is also incentivized by a provision that directs the Cannabis Control Board to prioritize environmentally friendly practices when granting licenses. That may functionally benefit small farmers who already use sustainable practices, compared to Big Cannabis corporations whose goal is simply to produce as much product as possible. It also aligns with the state's overarching climate goals. "That's new, and it reflects the understanding that cannabis cannot only be grown without adverse impacts on the environment, but that growing it outdoors, under the sun, sequesters carbon and actually helps reverse climate change," Burns says. "To the extent we're starting a new industry based around plants, cannabis could be the model for how all crops should be grown."

The actual mechanics of how New York's recreational marijuana industry will operate will be determined in the coming months by the OCM and Cannabis Control Board. The law really just sets out guidelines and a framework. "We have a 130-page small-print bill and it's just the beginning," says Minard. "The devil really is in the details."

But it's clear that the state's priorities as expressed in the MRTA are in the right place, and there's optimism on all fronts that New York's cannabis industry could help the environment, redress historical injustices, boost the economy, regenerate upstate communities, and provide public health and scientific research opportunities. Time to tune in.

In the Weeds: A Q&A with Canna Provisions CEO Meg Sanders Sponsored

Flower Power: Get Your Hands on These Six Cannabis Strains ASAP Sponsored 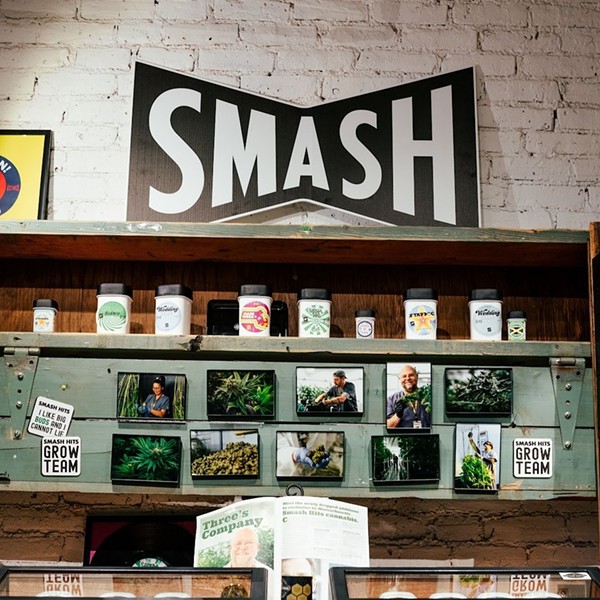