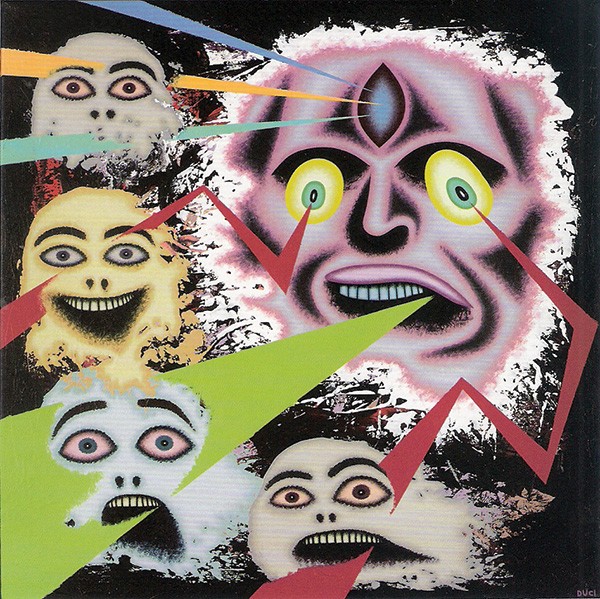 As you might surmise of a group that claims to have coalesced in the late '90s "writing 60-second pop songs for their house band's answering machine," Los Doggies are cut from a slightly different cloth. The New Paltz trio of Jesse Stormo (guitar/vocals), Evan Stormo, (drums/vocals), and Matt Ross (bass) have unleashed their fourth album, (pronounced "air buddy'') into the ether. And, like trying to bottle air, classifying this dozen-track package of concepts and sounds might be a fool's errand. This is metamusic to the max; many songs have lyrics and instrumentation that explain/deconstruct their own structure. "Black Unstemmed Note Heads" is a fine example, blasting out of the gate with the outrageously catchy couplet, "A six-string guitar's got a high E / a five-string bass's got a low B / a grand piano's got 88 keys / and this song's got three-part harmony" backed by music that explains the lyrics and vice versa. No detached artist's point of view: Los Doggies are living these songs in the here and now.

Each number is packed with a sonic density that could explode into two dozen other songs and played with childlike enthusiasm and expert technical dexterity. A charming example is "Farted On," a meditation on the singsong musicality of playground games and taunts. This sophomoric suite veers from staccato rock to loose-limbed funk to electronic bleeps and guitar histrionics worthy of Steve Vai. Counting down from "10 Mississippi" in a game of freeze tag never sounded so righteous. Losdoggies.com.