Palenville-based and proud, Voodelic has been a staple of the local scene since 2004, and recently raised the bar with the addition of local light Ross Rice, a keyboard veteran who has put in his time in Memphis, playing with the greats and having hits with the band Human Radio. Other members include Colin Almquist (bass), Dan Cartwright (drums), Eric Cartwright (guitar), and Mississippi native “Little” Earl Lundy on vocals.

You can be sure a dead chicken was swung over these tracks, as Voodelic surely lives up to its name with this dark and delicious fare. This North-meets-South scenario simply cooks on high heat, and a spicy funk/gospel/soul stew emerges, all played with an underlying rock stance. On the funky, clavinet-and-organ-powered “Dark Times,” Lundy sings, “I won’t rely on a rich man’s justice.” There’s palpable pathos in his tone with the anxious “Voices,” in which he wails, “There’s voices in my head I can’t control”—and you believe him. “Suppose” has an urgent urban vibe, while a bubbling bass prods “Blasphemers” and its false prophets. All the elements come together in the big closer, “Tha Voo.”

The musicianship and tunes here are top-notch, the arrangements are razor-sharp, and the production is vibrant and alive, as Voodelic finally comes into its own and heads skyward. The band will play a Rosendale Street Festival benefit at the Rosendale Community Center on February 13, the Fernwood in Palenville on February 20, and the High Falls Cafe on February 27. www.myspace.com/voodelic. 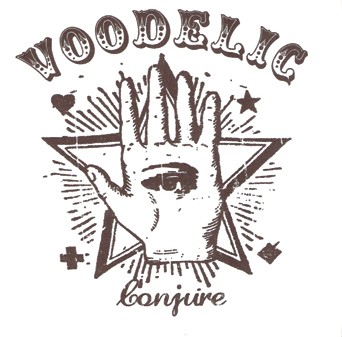