Odetta, Artie Traum, and Betty McDonald are gone. Their music lives on, though, not least of all on 35  Years, a compilation recording from Unison Arts Center. Odetta’s stately voice intones Sippie Wallace’s “You Got to Know Her,” calling from the past yet as timeless as ever; Traum’s effortless guitar percolates beneath “Rusty Iron Bridge,” still speaking with strength and grace; and MacDonald honors every musical ghost with her Billie Holiday tribute, “Sweet Gardenia.” It’s not unusual for longstanding venues to celebrate their own history with live albums, and Unison’s effort—recorded over a span of seven years on location at the center’s own theater, as well as at anniversary celebrations at SUNY New Paltz—fits right in that mold.

As a listening experience, 35 Years may be a bit too eclectic for its own good—with Samite of Uganda sharing space with John Gorka, and the Assad Family bouncing up against Patrick Street—but as a representation of Unison’s breadth, quality, and vision it’s a wonderful document. Dala’s “Red is the Rose,” for example, is a sparkling vocal workout, redolent with youth and suggesting a bright future for the duo and for the center. Howard Levy’s remarkable solo harmonica rendering of “Amazing Grace” speaks to the craft of great musicians, the deep history of American song, and the value of small stages willing to keep every stripe of music alive. And David Mallett’s stone classic “The Garden Song” reminds all that life is hardly worth living if we don’t sing along. www.unisonarts.org. 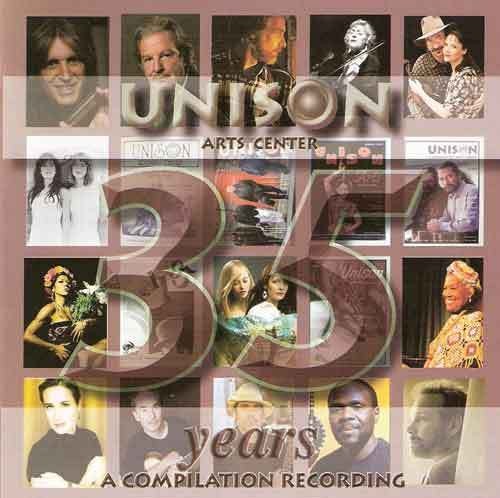